Oh, the irony. It’s at a World Cup determined to clamp down on the free speech rights of players, fans, human rights activists, journalists, and beer salesmen that we’ve heard from the ball for the first time.

At issue was whether Cristiano Ronaldo, the most followed person on Instagram, scored Portugal’s first goal in last Monday’s game against Uruguay (which Portugal would eventually win 2–0). Ronaldo was the intended target of a floating cross from Bruno Fernandes, and he leapt in the air for a header that seemed just a hair—a highly gelled hair, in this case—out of touch. He clearly did not make frontal contact with the ball, but it did end up in the net, leaving a crucial question: Did the striker, eager to score his record-tying ninth World Cup goal for Portugal, deflect the ball ever so slightly, or did the cross find its way into the goal unaided? CR7, as Ronaldo has trademarked himself, immediately celebrated the goal as his, but match officials awarded it to Fernandes, unleashing a Zapruder-esque global dissection of slow-motion replays and still frames. Sometimes, it’s just really hard to tell.

But for once, the ball would not take its secrets to the grave. The day after the game, Adidas issued a statement reaffirming the match officials’ determination: “In the match between Portugal and Uruguay, using the Connected Ball Technology housed in Adidas’ Al Rihla official match ball, we are able to definitively show no contact on the ball from Cristiano Ronaldo for the opening goal in the game. No external force on the ball could be measured … The 500 Hz IMU [hertz inertial measurement unit] sensor inside the ball allows us to be highly accurate in our analysis.”

CR7 might disagree, but the issue of who is credited for a team’s goals is not particularly important, certainly not material to a match’s outcome. The main purpose of this World Cup’s novelty of a sensor “housed in” a ball is to address one of the most serious problems that has long bedeviled the world’s most popular sport: the seeming impossibility of making immediate, clear, and indisputable calls on whether a player is offsides. In Qatar, FIFA has unveiled its semi-automated offside technology (known as SAOT) to supplement existing video-assisted refereeing (VAR) that links the ball’s sensor to overhead cameras tracking the data points of every player’s extremities, allowing it to almost instantaneously spit out a convincing-looking, computer-gameish image that freezes players in place at the moment the ball was struck. FIFA’s goal was to introduce a determination as credible as the goal-line technology instituted a couple of World Cups ago, which did away with what had previously been the most vexing officiating controversies: disagreements over whether the ball crossed the line into the goal.

So far, I’d give FIFA a B+ for this offside technological innovation. Maybe even an A-, considering how badly FIFA has handled almost every other aspect of this World Cup. The sport’s governing body is like a student who is going to fail the course but should be rewarded for the surprising quality of work on one assignment. I say this, mind you, without having done any close analysis of SAOT’s accuracy. I assume it is accurate, but what really matters most—and isn’t this often the allure of technology?—is that FIFA has come up with a quick means of making authoritative calls that seem uncontestable and allow fans to move on. If we all buy into the notion that SAOT delivers a level of precision unattainable by the humans jogging along the sidelines with their quaintly analog flags, then the system works, and it doesn’t really matter if a few of the calls here and there are slightly off. It is, after all, just a game—though don’t ever repeat that back to me in other contexts. Our unquestioning faith in technology’s precision can, of course, be more troublesome in other walks of life, where actual precision can be a matter of life or death.

This outsourcing of contentious offside calls is part of a longer-running negotiation between humans and technology in the governance of sport, as my Arizona State University colleague David Guston wrote about for Future Tense. (ASU is a partner in Future Tense with Slate and New America.) Being the fickle fans that we are, we clamor for more precision in officiating (even expecting world-class refereeing in our kids’ youth league games) but then turn against efforts to attain it. “Fuck VAR” is one of those rare chants that unites all English Premier League fans. Our unease—as fans, and as a society—with the eroding authority of the human officials on the field can be seen in how VAR is deployed during matches, say to determine whether there has been a handball in the penalty area. If officials monitoring A.I.-enhanced video replays remotely believe the ref on the field missed something or got it wrong, they murmur in his ear that he (or she, in one of the sport’s positive trends) should pause the action and go watch a monitor on the sideline to reconsider the call. It’s a time-wasting ritual, but we still aren’t ready to dispense entirely with the human factor in officiating, and simply have tech-enhanced remote authorities make the final call.

In his article, Guston asks who benefits from the introduction of technology in sport. Who gets to choose these systems and whom do they serve? I thought of this in conjunction with the Adidas statement on CR7’s nongoal. It’s strange to hear this news directly from one of the tournament’s sponsors and equipment providers. Does Adidas own the sensor’s data or have access to some level of detail that FIFA itself doesn’t? Would the company have issued a similar statement if it had run counter to officials’ decision to award the goal to Fernandes?  What if the “controversy” had involved a player who doesn’t happen to be the most followed celebrity on Earth?

The World Cup, meanwhile, marches on, and I am heartened the United States is now fully a part of this global craze, shedding its old sports isolationism. This football might not yet be on a par with our homegrown football’s popularity, but it is a remarkable milestone that more people in the United States watched last week’s U.S. vs. England game than in England. American fans are relishing the games, as well as the tournament’s amusing dramas, such as the CR7 nongoal, the awkward disclosure that the Prince of Wales was against Wales, and the heated Croatian-Canadian trash-talking no one saw coming. And while Fox has done an embarrassing job of burying its head in the desert sand when it comes to the off-field controversies surrounding the tournament, there has been ample coverage in other media and online about the undeserving host nation’s mistreatment of migrant workers and its repression of the LGBTQ+ community.

Today, the young American squad will take on the storied Dutch in the Round of 16, and at the risk of being wrong by the time some of you read this, I like their chances.

Regardless of the result, one thing we do know for sure is that the next men’s World Cup, in 2026, will be hosted here, in North America. Our team will be even stronger then, as will our technology. Who knows what other calls we might be outsourcing by then. 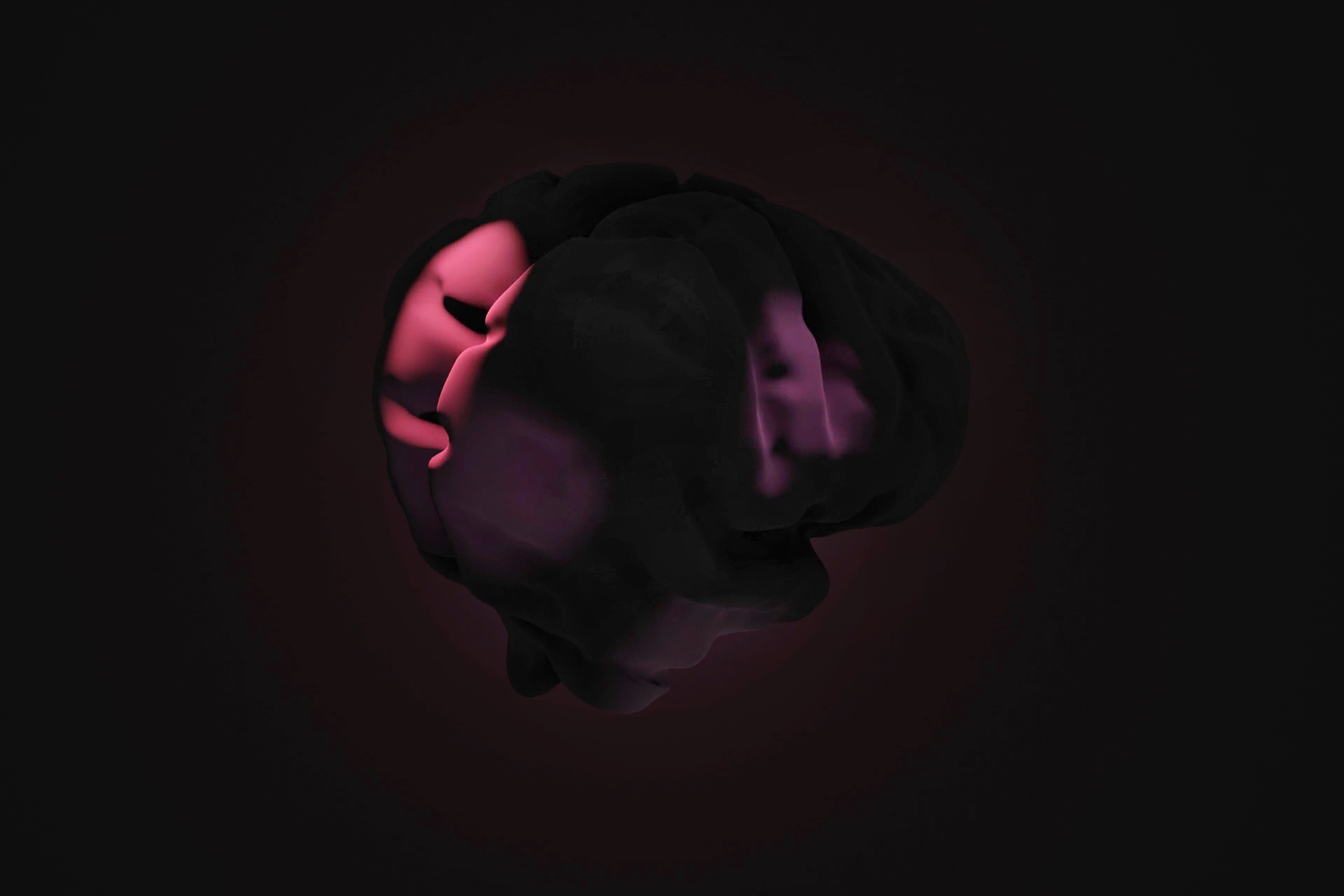 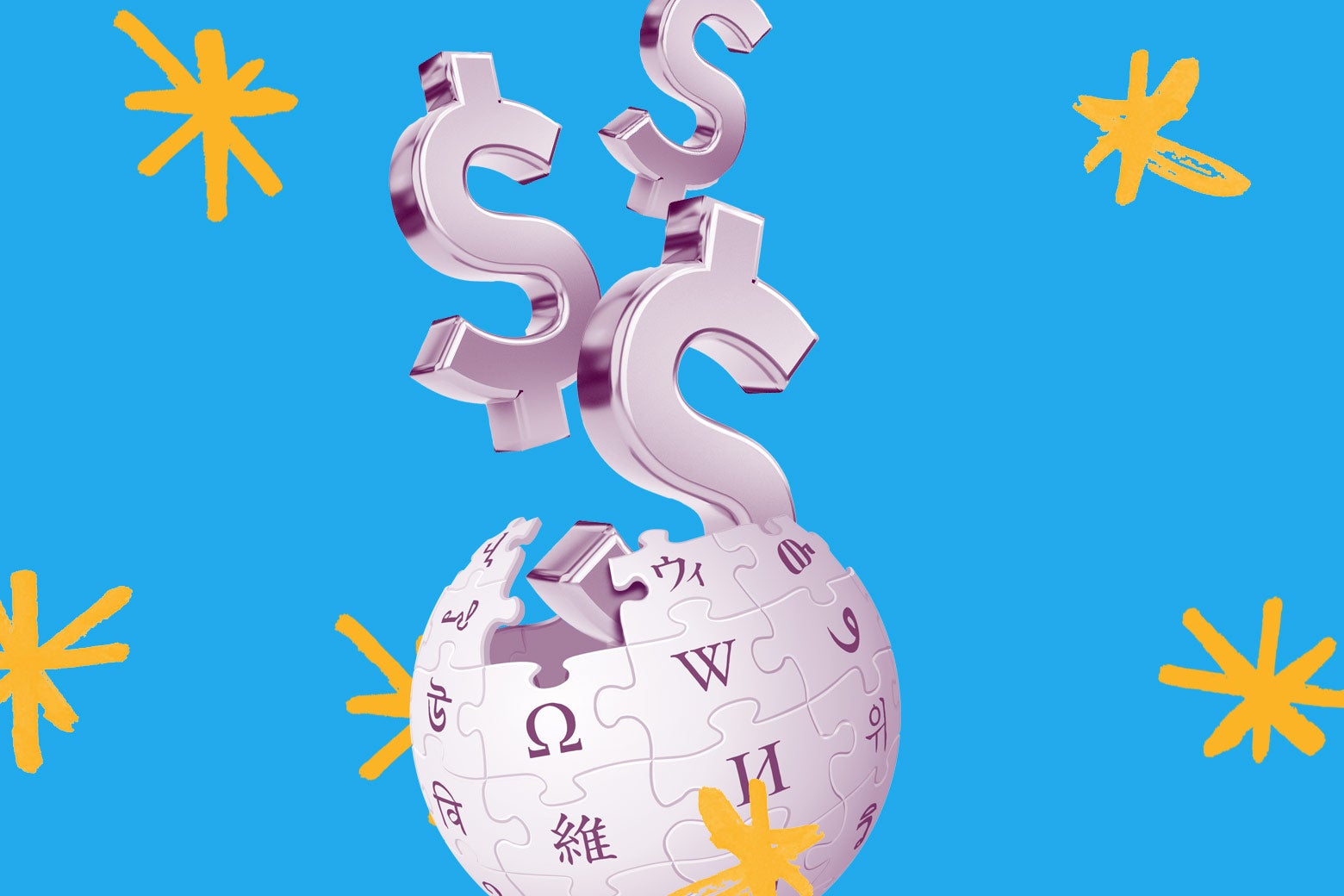 The Huge Fight Behind Those Pop-Up Fundraising Banners on Wikipedia 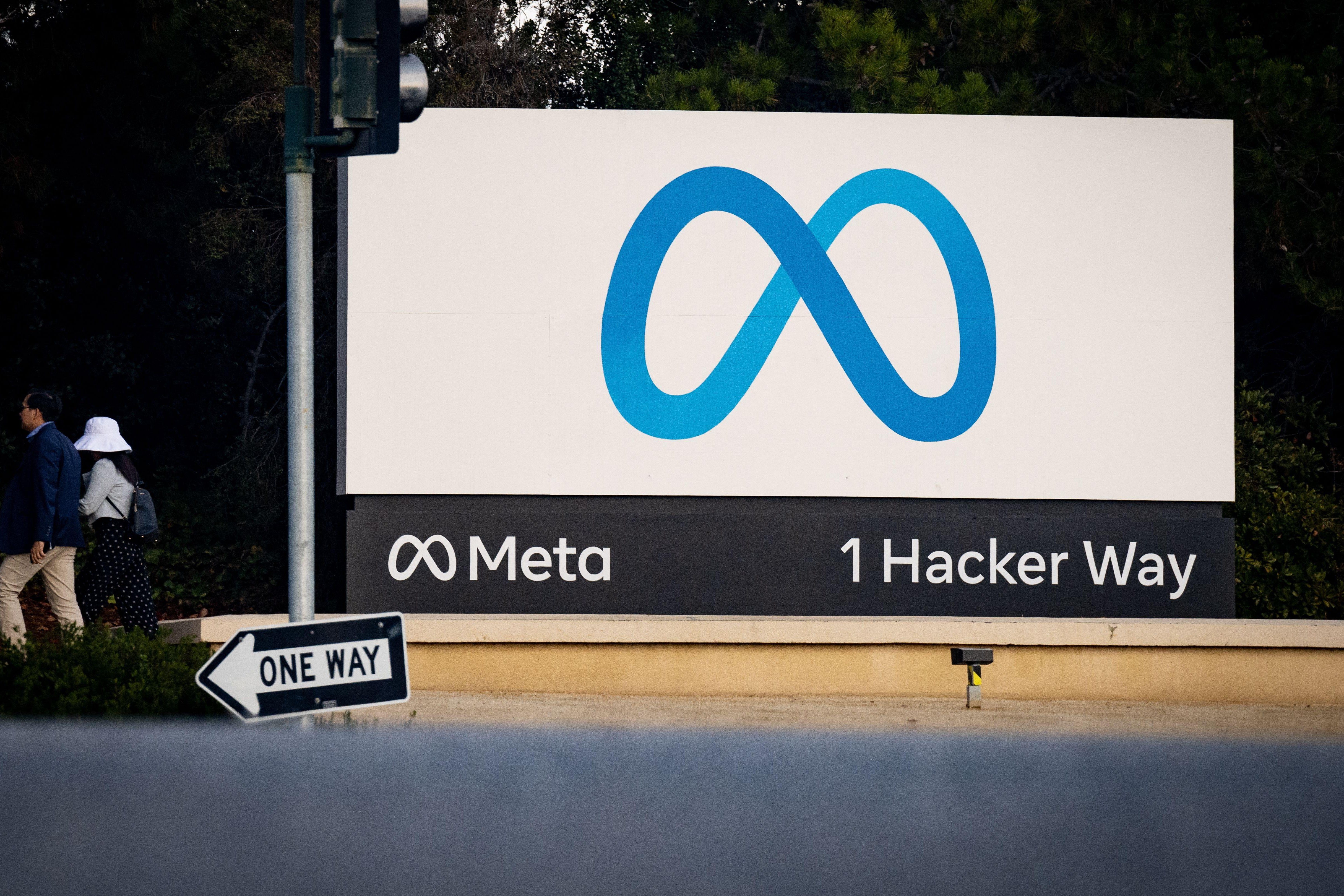 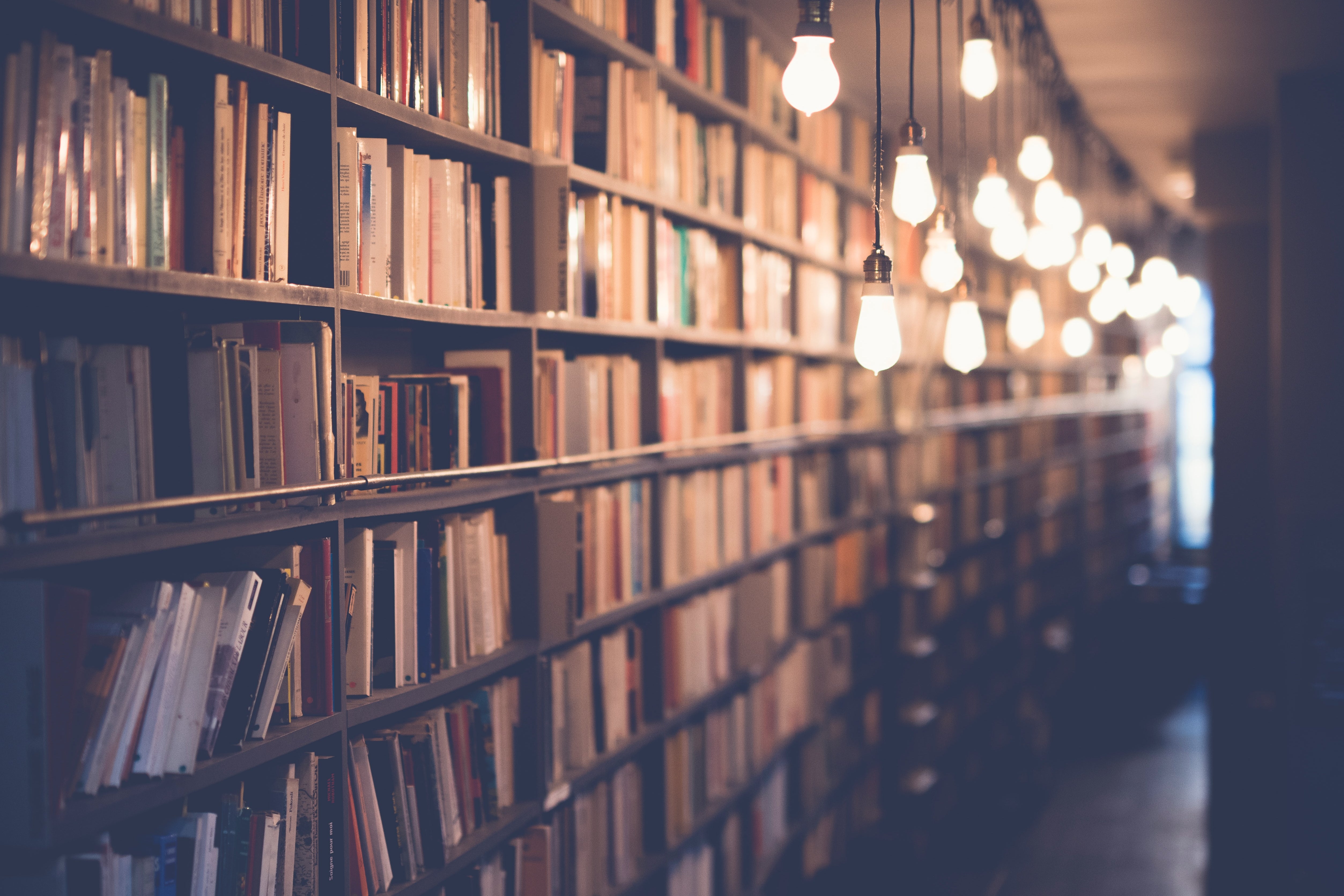 Z-Library Was a Lifeline for Students on Shoestring Budgets—Until the Feds Shut it Down. Social Networks Are Going Much, Much Smaller

November’s story was Palmer Holton’s “Universal Waste,” a murder mystery set in a landfill. The story follows a small-town cop dispatched to deal with a body discarded in a futuristic waste reprocessing plant. The response essay, written by Josh Lepawsky, explores how the multibillion dollar waste management industry turns trash into financial assets, while often obscuring its real environmental impact.

HBO’s Chernobyl: The Lost Tapes is an astonishing archival film documentary that weaves together Soviet propaganda extolling the virtues and safety of nuclear power, the joy of living in the USSR’s planned scientific communities, and the eventual consequences when all hell broke loose in April 1986. The footage of the toll radiation can take on the human body and of the stoic efforts to contain the damage is visceral and disturbing, but we should be grateful it exists as historical testimony. The documentary also makes for a valuable companion, a sort of primary source, to HBO’s lauded dramatization of the same incident.

On Friday’s episode of Slate’s technology podcast, host Lizzie O’Leary spoke with the Washington Post’s Joseph Menn about how Elon Musk’s Twitter fared in its first big test of dealing with bad actors from a foreign country. (Spoiler: Not so well!) Last week, Lizzie interviewed Bloomberg’s Paulina Cachero about the hidden costs of the “buy now, pay later” plans that have become a staple of online shopping. On Sunday, she’ll talk to Bloomberg’s ﻿Leah Nylen about how the Biden administration’s aggressive antitrust stance will affect Big Tech.

On Wednesday, Dec. 7, at noon Eastern, join Future Tense and Knowable Magazine to discuss who’s responsible for funding climate solutions—and how we can generate more green investment. We’ll be joined by Tobias Adrian, director of the Monetary and Capital Markets Department at the International Monetary Fund, and Shuang Liu, China finance director at the World Resources Institute.

Then, on Dec. 13, join us for a conversation with Karen Levy about Data Driven: Truckers, Technology, and the New Workplace Surveillance. Levy’s book explores how invasive tech is changing the trucking industry—the backbone of the American economy—and how truckers are both adapting to and challenging those changes.