Someone recently asked me how I got started in my tech-adjacent career. My answer: the Backstreet Boys.

For a few years, beginning when I was 13, I was part of the frenzied fandom of the Backstreet Boys, whose cheerful music and nonthreatening good looks offered me something of an antidepressant. I listened to their CDs obsessively and plastered my walls with tear-outs of them wearing coordinated outfits in low-budget photoshoots. Friends and family members who visited my room were often a little freaked out, saying that it felt like thousands of eyes were watching them. They were basically right. I went to several concerts (including one in which the opening act was Backstreet Boy Nick Carter’s child star brother, Aaron, who sadly died recently after a troubled life).

But that wasn’t enough. My mother had purchased my family’s first home computer a few years before, and one day, I found the Backstreet Boys internet. It introduced me to hundreds of other teenage girls who shared my passion for sugary songs and smoothly executed choreography. Eventually, I had to start my own site, where I would publish both my own and other people’s fan fiction. To do that, I needed skills. I needed to learn HTML.

In the late ’90s, if you wanted to make your own website, there were lots of hosting options, but the most popular was Geocities. There were no WYSIWYG editors, though—you had to hand-code all of it. The paragraph breaks, the italicized band names, the links, the images, the tables (oh, the tables).

This all came up last week at a Princeton Public Library event for “You Are Not Expected to Understand This” How 26 Lines of Code Changed the World, a collection of 26 essays I edited for Princeton University Press that will be released Tuesday. (Read an excerpt in Slate, by Charlton McIlwain, about the Police Beat Algorithm from the 1960s.) Remarkably, as I briefly described my experience, Claire L. Evans—author of a chapter on  Jean E. Sammet and the creation of COBOL (and of her own fantastic book Broad Band: The Untold Story of the Women Who Made the Internet)—started smiling and nodding. Claire, it turns out, also learned HTML in the ’90s out of fandom, though her chosen band was cooler than mine: Weezer. She filled me in on the details over email recently. “It was a subdomain of a Weezer-fan webring. … I can find no record of it online now. It was pre-blogging so every time I had an update for the site I had to rebuild the homepage!” And it was huge: “the second-most popular unofficial Weezer fansite back in the day,” she says. (My BSB fan fiction site was pretty big at the time, if I do say so myself.)

Fandom offers a wonderful opportunity for young people, especially girls, to develop some tech skills in a low-key, friendly way. For Claire and me, it was HTML. After us came One Direction fans, who, as Kaitlyn Tiffany explores in her fascinating recent book Everything I Need I Get From You: How Fangirls Created the Internet as We Know It, engaged in far more sophisticated organizing, including running massive social media campaigns that would make marketing execs at major companies vomit with envy. Some fans, Tiffany writes, even claimed to hack into systems to get information on members of the band. (I hope that no one actually did this; if they did, may they one day reform and begin to use those skills for good.) Even more remarkably, in recent years Kpop fans have used their stunning organizing skills to defend democracy. I’d like to think that their organization has some roots in what fans like me did back in the dawn of the internet, when warring bubblegum pop factions joined together in an email-based campaign to get the New Kids on the Block’s “Hangin’ Tough” onto the No. 2 slot of MTV’s Total Request Live in 1999, a decade after its peak. (It was the only thing that could have united ’N Sync and Backstreet Boys partisans.)

I grew out of my fandom around 17, but when I went on a Backstreet Boys cruise for BuzzFeed News almost a decade ago, I learned that many of my compatriots had persevered, growing the Backstreet Boys internet into something far more polished than the spinning GIFs and clashing font and background colors of of Geocities. (I am guilty of having used an “under construction” GIF from time to time.)

In her “You Are Not Expected to Understand This” chapter, Elena Botella examines the very first “code,” which she dates back to a time before Mozart was the first boy band sensation, to French weaver Basile Bouchon’s decision in 1725 to streamline his workload by creating punch cards. Of course, that distinction depends on how you define code, as Elena writes. She defines it as “a set of instructions, given to a machine capable of accepting long sets of instructions, that produces a consistent output.” Under that understanding, when Claire and I were writing HTML on our fan sites, we were writing code. But Elena points out that other definitions of code—most notably, to be considered “Turing complete”—require “the capability to compute anything that it is possible to compute.” HTML does not meet that standard, which means that saying “The Backstreet Boys taught me how to code” would not actually be correct. So, in the interest of giving my adolescent pursuits a more exalted veneer, let’s stick with Elena’s first definition. Because I want it that way.

On Tuesday, Nov. 15, at 6 p.m. Eastern, we’ll be celebrating the publication of “You Are Not Expected” online and in person at New America’s office in D.C. Contributors Will Oremus of the Washington Post, Elena Botella of the Omidyar Network, Charles Duan of Cornell and American Universities, and Arthur Daemmrich of the Lemelson Center for the Study of Invention and Innovation at the Smithsonian Institution will join me for a brief conversation about the book, plus drinks and snacks. RSVP today! 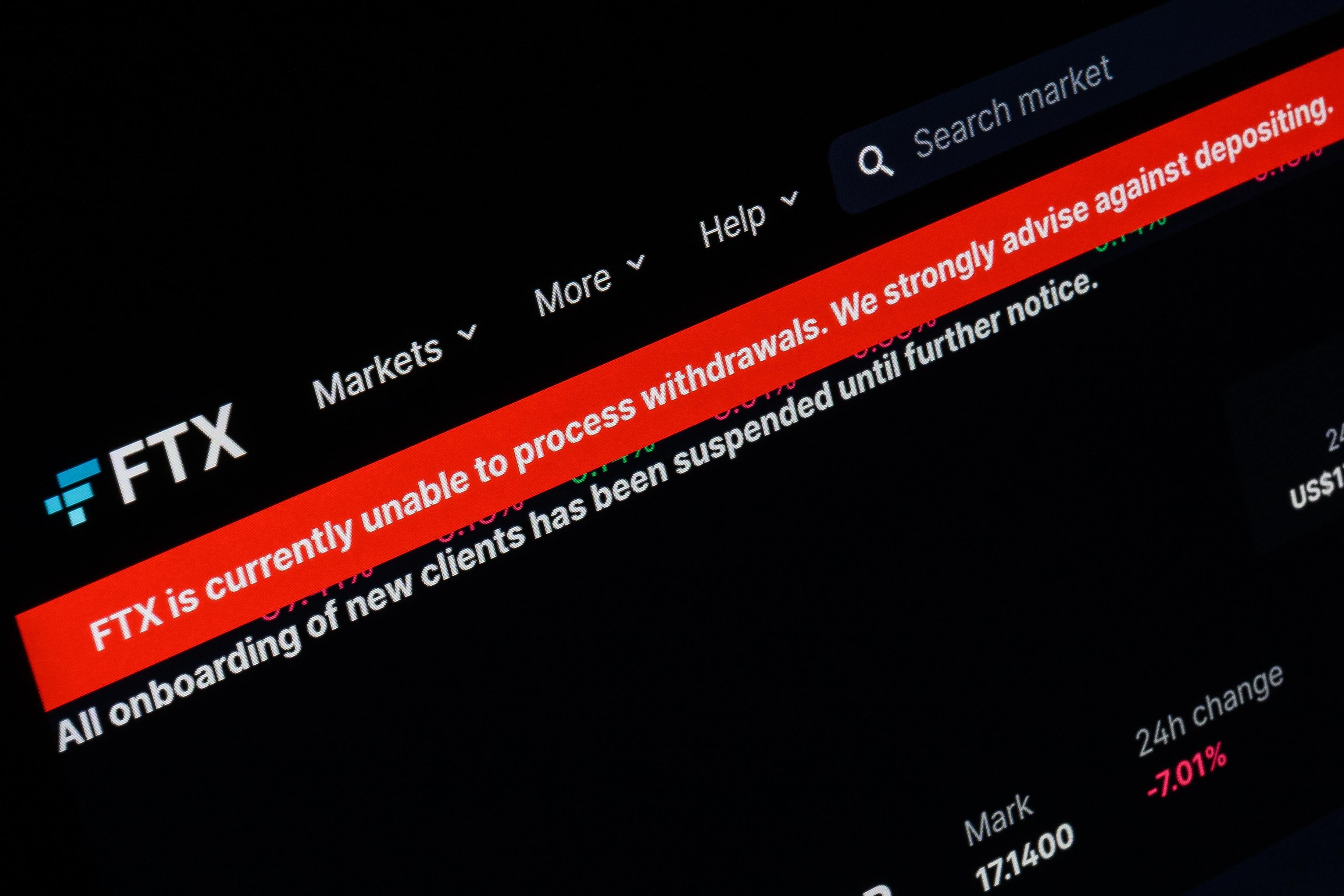 “They Are All Equally Risky”: The Guy Who Saw the Collapse of FTX Coming Has a Warning 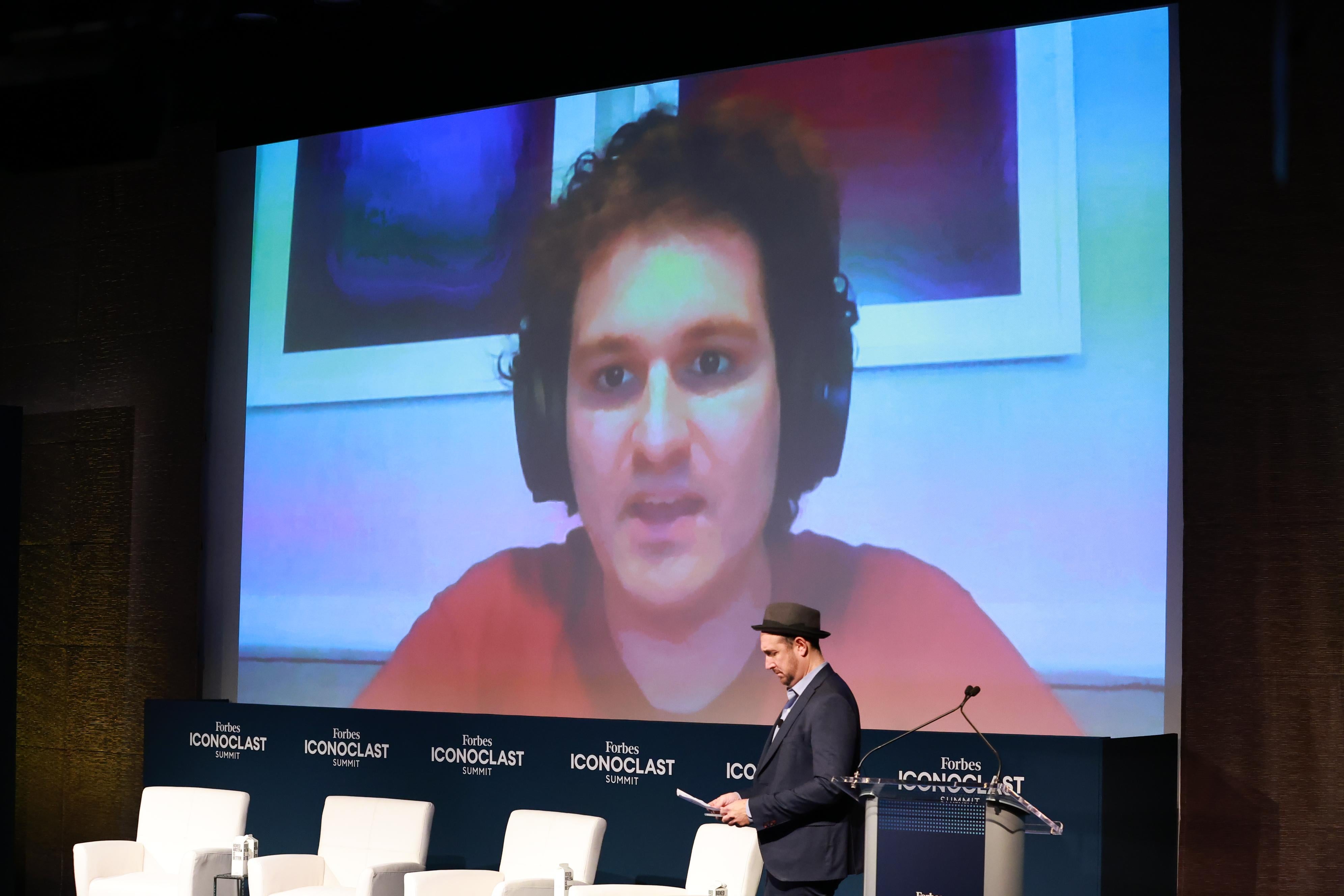 FTX Was Selling a False Religion 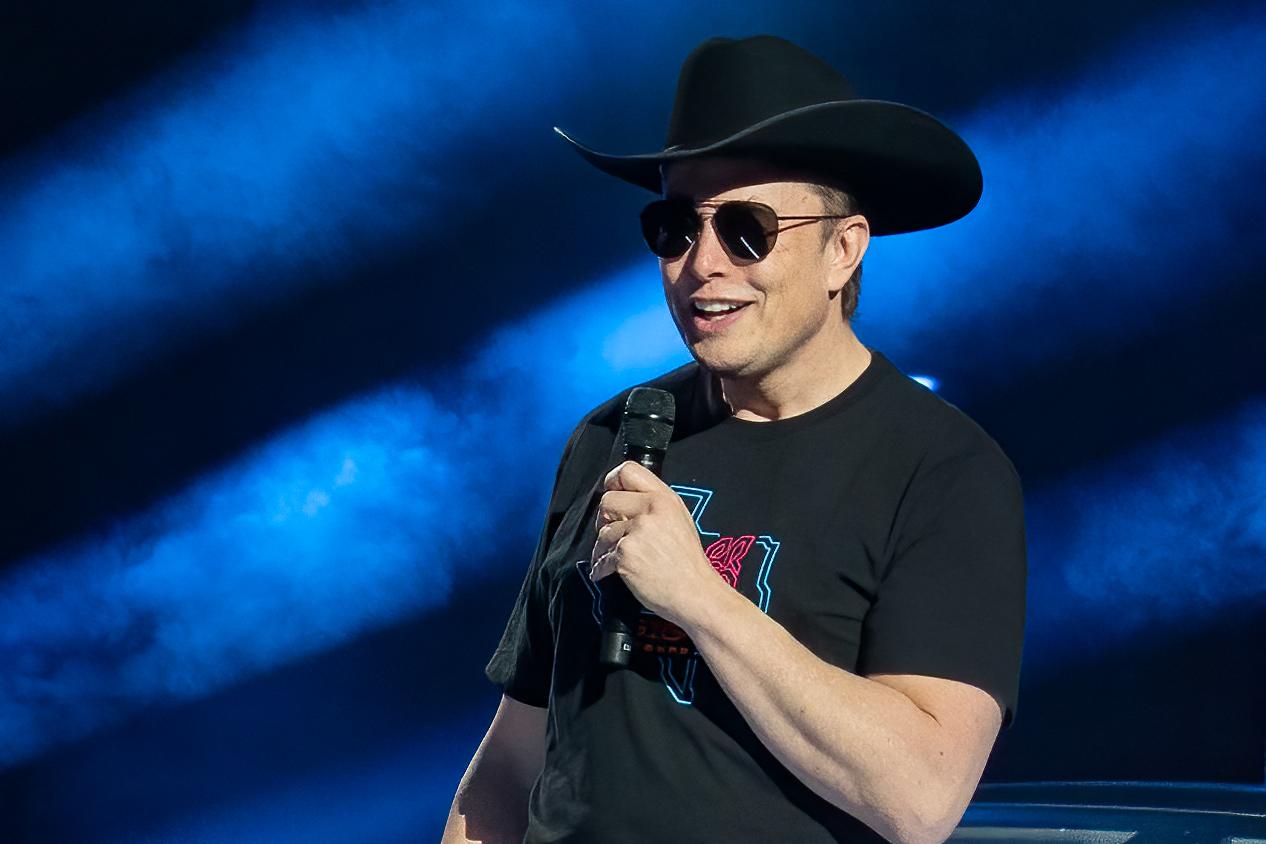 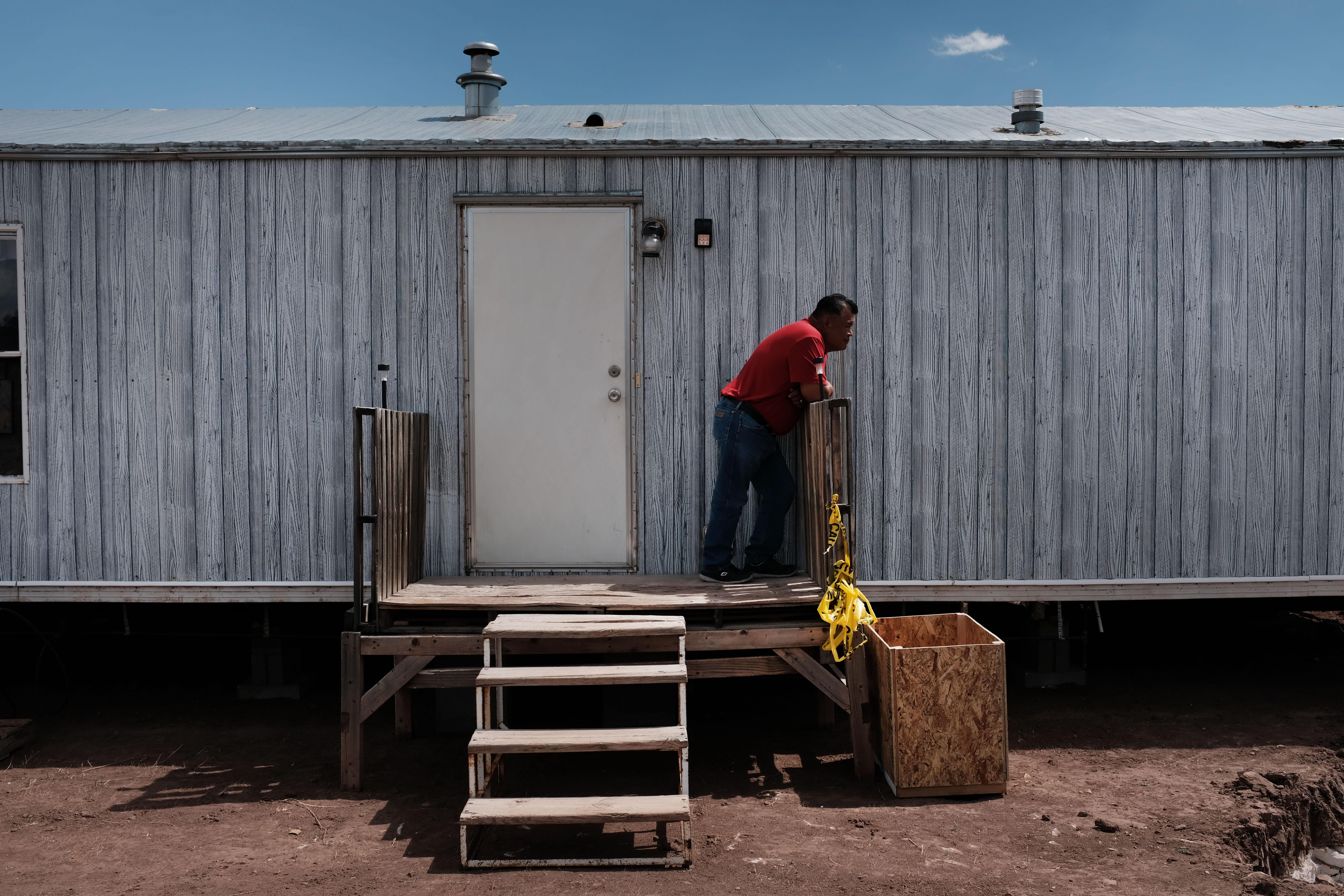 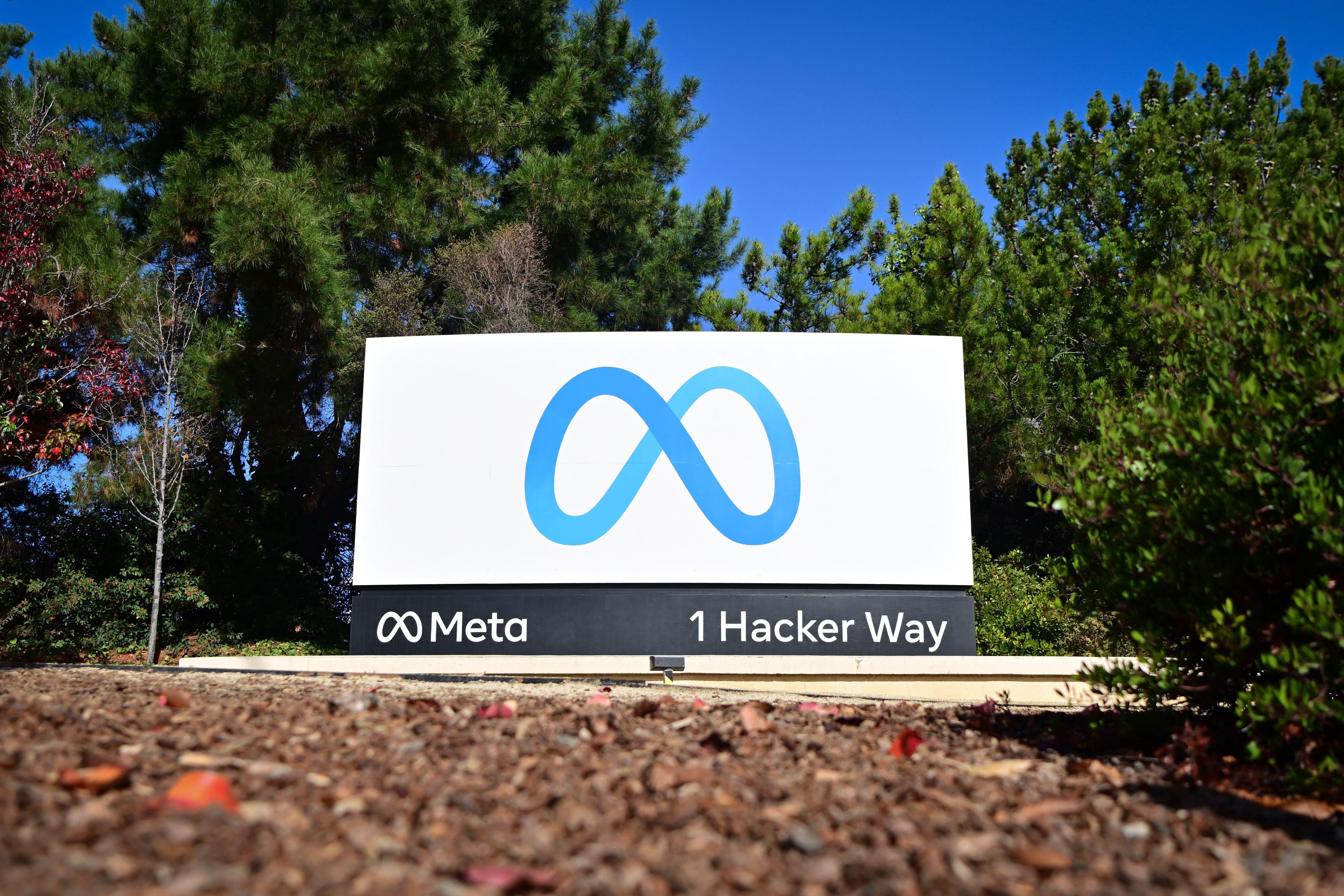 Meta Just Made a Lot of People Very Vulnerable

I Helped Pioneer Weird Twitter. I Have a Plan for Elon Musk. 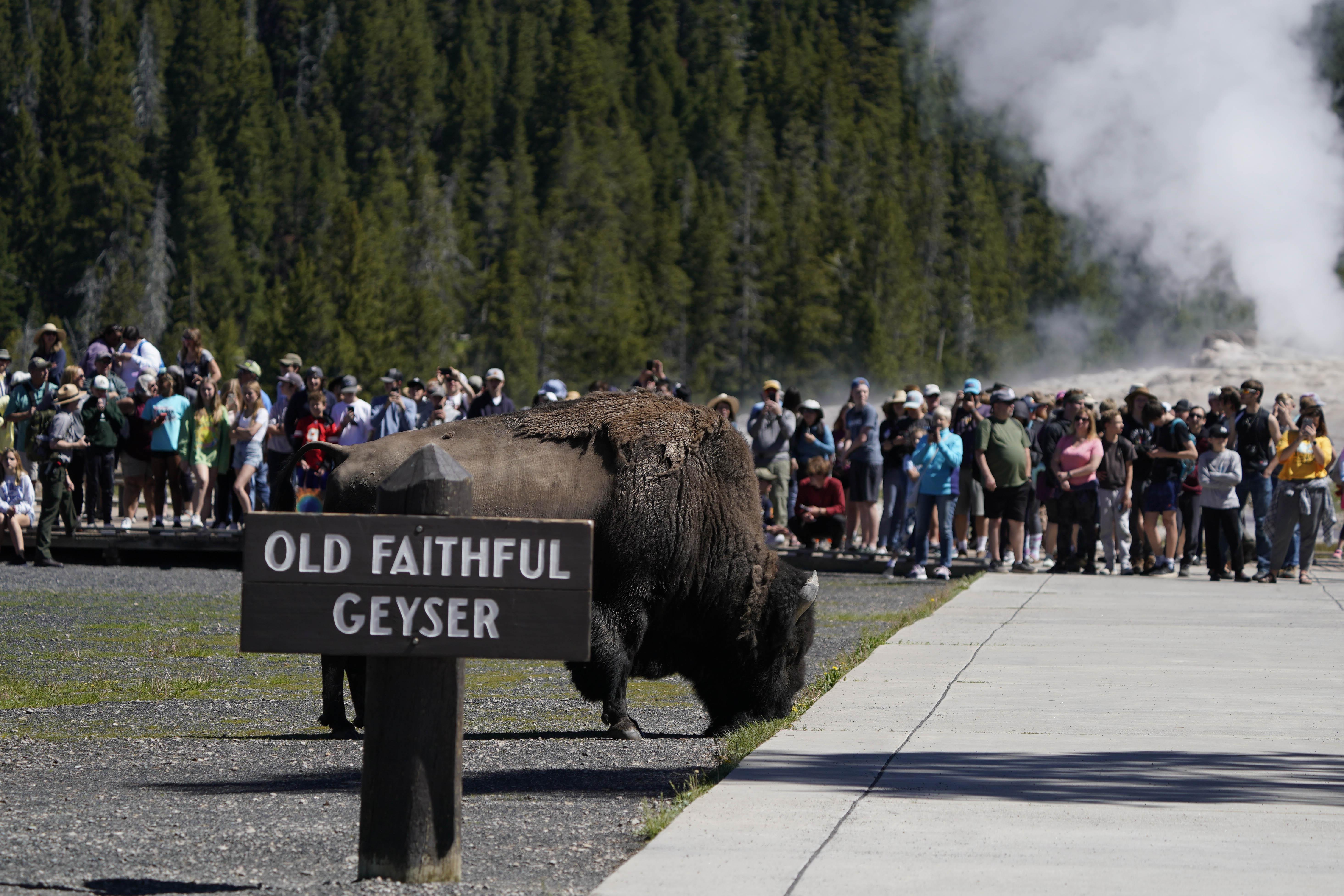 How Did National Parks and Mining Get So Entangled?

My favorite sub on Reddit these days is stuck in the past—a century in the past, to be exact. Every day, posters on r/100YearsAgo find newspaper clippings from exactly 100 years prior. On Tuesday, for instance, someone posted a Nov. 8, 1922, article titled “Feminine Wrath Raised” about a man who incurred said feminine wrath when he said “Women in politics make me sick” to a large group of women standing in line to vote. Some of the articles can be a bit of a gut punch, like “Fascist Troops Burn Socialist Literature Following Entry Into Rome” from Nov. 9, 1922. But there are also (often hilariously confusing) political cartoons and, most delightfully of all, “The Inquiring Photographer.” A heroic Redditor by the name of Missy_Elliott_Smith posts each day’s installment of a column called the Inquiring Photographer that ran in the New York Daily News. Said Inquiring Photographer would stop several passersby, ask them a question, and snap their picture. The questions are often on the news and, well, rather illuminating about the time period; on Nov. 7, 1922, he asked, “What do you think of Vice-President Coolidge’s statement that women are killing their husbands and girls are enrolling in strange love pacts because the country is too prosperous?” Readers who suggested a question that would be used by the Inquiring Photgrapher could earn $1 (worth about $17.67 now). It’s a delightful escape and a reminder that Reddit, for all its flaws, is a marvelous place.

On Friday’s episode of Slate’s technology podcast, host Lizzie O’Leary spoke with Sen. Chris Murphy about the national security implications of Elon Musk’s purchase of Twitter. Last week, Lizzie interviewed the Atlantic’s Katherine J. Wu on why it seems like every little kid is sick right now and Slate contributing writer Alex Kirshner about (who else?) Musk. On Sunday, she’ll talk to Felix Salmon of Axios about the astounding cryptocurrency meltdown happening right now.

In addition to the Nov. 15 event to celebrate “You Are Not Expected to Understand This”, you won’t want to miss our next edition of the Science Fiction/Real Policy Book Club. On Nov. 29, we’ll be discussing John Scalzi’s Lock In—save your spot for the Zoom discussion now.