The U.N.’s COP27 climate summit kicks off on Nov. 6 in Egypt, inviting us, once again, to consider whether we’re doing enough, fast enough, to stave off climate chaos and the suffering that will come with it. Short answer: No, not really. The scale of change required is head-spinningly drastic, so even unexpectedly rapid expansions in clean energy won’t do much to curb malaise and doomsaying. Here in the U.S., the Inflation Reduction Act, the biggest climate investment in the nation’s history, has been met, largely, with collective indifference, despite positive buzz about its potential effectiveness. The bill was, predictably, passed without any Republican votes, a grim reminder of the scale of climate denialism. In an August 2022 Pew survey, only 40 percent of registered voters described climate change as “very important” to their vote in the upcoming midterms.

The monumental mismatch between existential urgency and underwhelming responses has created a sort of valley, which science fiction storytellers have filled with many different visions of our climate plight and how we might respond, locally and globally.

One major reaction is stubborn hopefulness: Things may be dire, but we owe it to ourselves, our descendants, and other species to try to muddle through as best we can. A particularly successful version of this tendency is Kim Stanley Robinson’s 2020 novel The Ministry for the Future, a wonky poli-sci thriller that imagines international institutions—from central banks and nation-states to U.N. agencies—straining against the rusty levers of post-World War II transnational governance to meet the energy and anger of people increasingly radicalized by environmental disasters. The novel has made Robinson an icon for the entire field of “climate fiction,” and led to talks at TED and Oxford University, plaudits from Barack Obama, and invitations to speak at the COP26 summit in Scotland.

Another vision shaped by stubborn hopefulness, which takes a more anarchic, anti-establishment tack, is solarpunk, a movement of artists, writers, and DIY technologists focused on local solutions, decommodifying basic needs, and designing systems to give communities more control over clean energy, food, water, and other basics. Solarpunk “posits a world of solar-energy abundance” but insists on the messy politics involved in the transition—sustainable liberation as an ongoing process, not a static utopia. In Cities of Light, a solarpunk-inspired collection I coedited, stories include a tale about tensions between a community-run solar collective in Chicago’s South Side and the city’s major utility, and another about a grassroots campaign to integrate mobile solar collectors used by unhoused people into the grid in a future Portland.

On the other side of the spectrum is a reaction that amounts to self-flagellation: We’re screwed, and it’s our fault. This isn’t a new reaction—for example, the Voluntary Human Extinction Movement (“May we live long and die out”), founded in 1991, grew out of the environmental movement of the 1970s—but in a strange turn of events, it’s moved into the types of mainstream mega-budget entertainment properties we associate with escapism and affirmation.

James Cameron’s science-fiction spectacle Avatar, the highest-grossing film of all time, had a wildly successful theatrical rerelease last month, after 13 years away: It earned $30 million in one weekend, ranking third in the U.S. box office and first in France, Italy, Singapore, and Thailand. Avatar’s success has always been puzzling—it’s a rare blockbuster in which humans, and our resource-hungry industrial civilization, are inarguably the “big bad.” After witnessing the destruction wrought by human extractors ravaging the film’s fictional ecotopian planet Pandora, our disgusted protagonist abandons human society entirely, shedding his human body and becoming one of the blue-skinned, bioluminescent Navi. (Avatar is often compared to the 1992 animated film FernGully, which uses a brutalist sawmill as a synecdoche for the implacable, endlessly hungry forces of human resource extraction. Its protagonist is shrunk down to the size of a wood fairy, but eventually returns to his human form—a sign that, unlike Avatar, the film hasn’t entirely given up on the human experiment.)

Last year’s Horizon Forbidden West, an open-world role-playing video game for Sony’s Playstation, strikes a similar note. (Games publishers are often reticent about reporting sales figures, but the game is a sequel to 2017’s Horizon Zero Dawn, which has sold more than 20 million copies.) The game takes place in a far-future United States, thousands of years after a plague of self-reproducing military robots wiped out human life on Earth and digested all of the planet’s biomass. A kind of time capsule/Noah’s Ark system seeds the world with life once again, and humans live in small, preindustrial hunter-gatherer bands alongside giant, animal-shaped robots, which terraform and fertilize the once-blighted land. In Forbidden West, the major threat (warning: spoilers!) turns out to be a group of wealthy humans from our very own 21st century who shot themselves into space to escape the apocalypse. Powered by life-extension technologies, they’ve returned centuries later to pillage the renewed Earth for its natural resources, all from their headquarters in a secret base in Northern California. The “Zeniths,” in the game’s parlance, regard the humans who populate this far-future Earth as “vermin” and take sadistic delight in killing.

These tendencies—“we’ll do our best to weather the storm” versus “are we the baddies?”—seem contradictory, but they both represent moral responses to the climate crisis, fully cognizant of the fact that the civilization we’ve built is the cause of all of this devastation. Narratives of stubborn hopefulness focus on our duty to mitigate the damage we’ve done, and even to repair it, and to redistribute power and resources, bearing in mind that the deeply unjust systems of power and production driving the global economy are at the root of the climate crisis. The self-flagellating narratives, with modern-day humans as agents of destructive overconsumption, ask us to look the consequences of our recklessness in the face, and to pay penance.

Despite all of the recent hand-wringing about the perils of climate anxiety and climate nihilism, most of us probably oscillate between these moods—hopeful and constructive sometimes, despairing at others. And grim narratives aren’t necessarily preludes to capitulation. They can be catalysts for action: Embracing our moral culpability as a species means that we’re obligated to press ever more ardently for radical change, or at least to try to save one little corner of our ecosystem from the sawmill’s gaping maw. 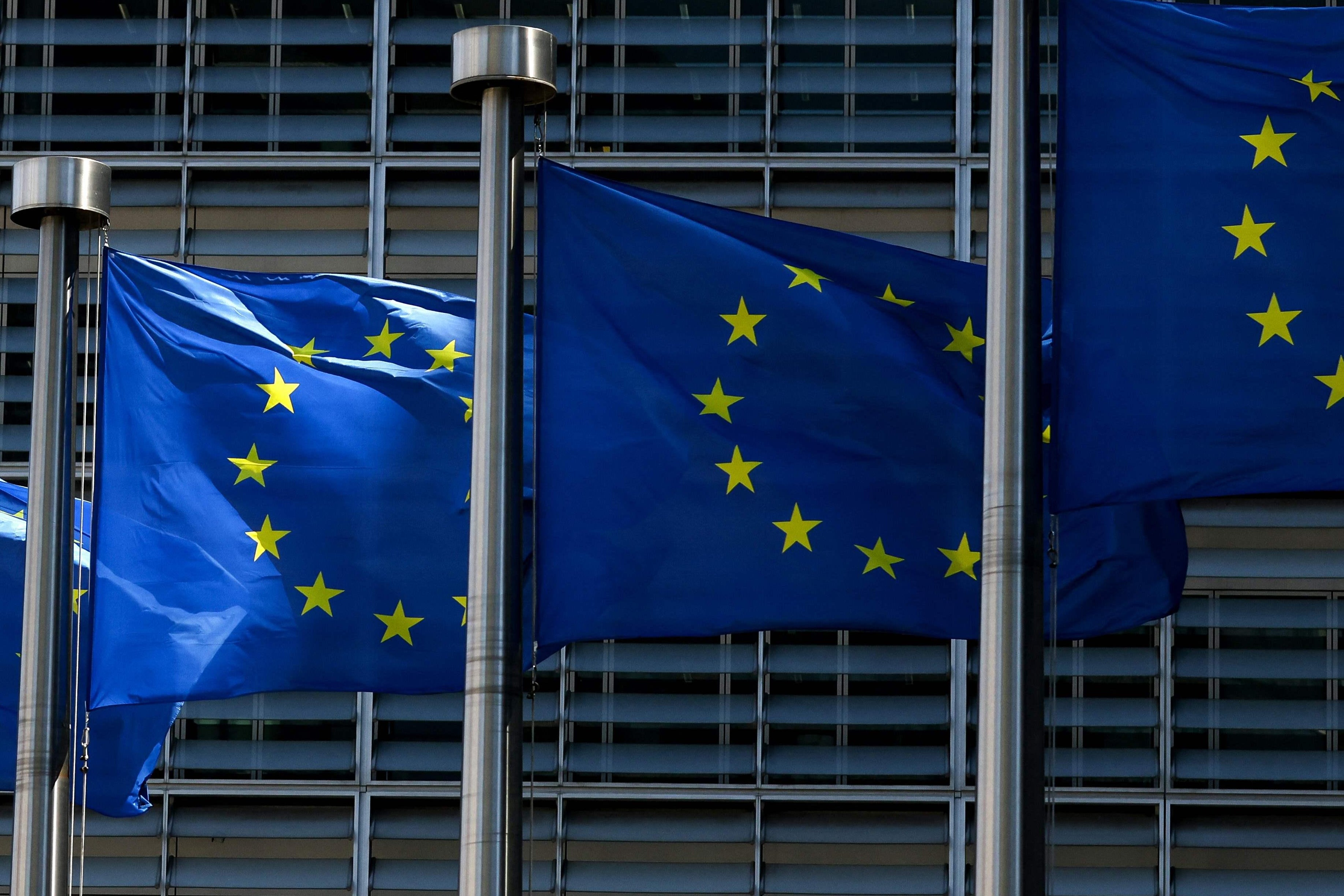 Meet the EU Law That Could Reshape Online Speech in the U.S. 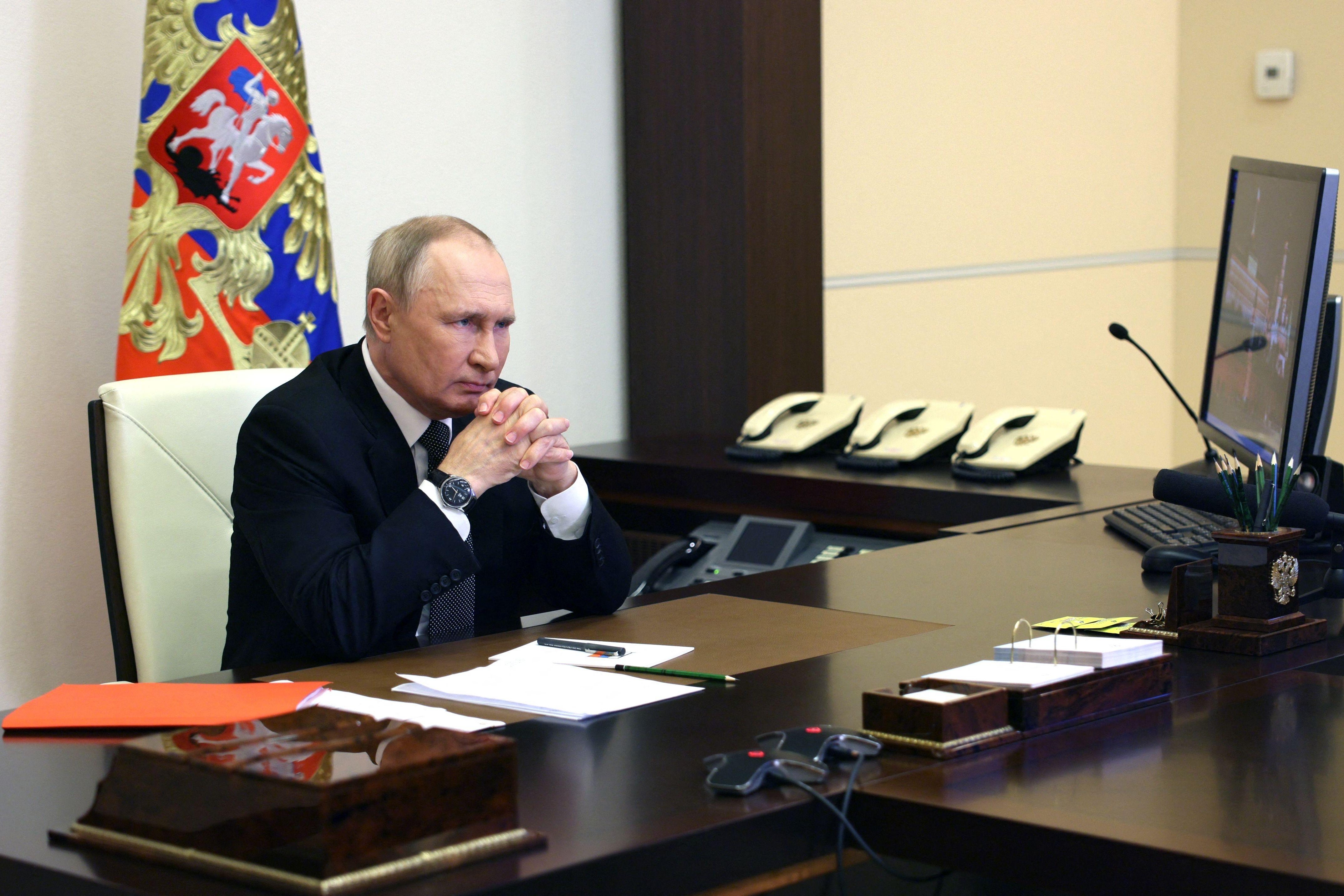 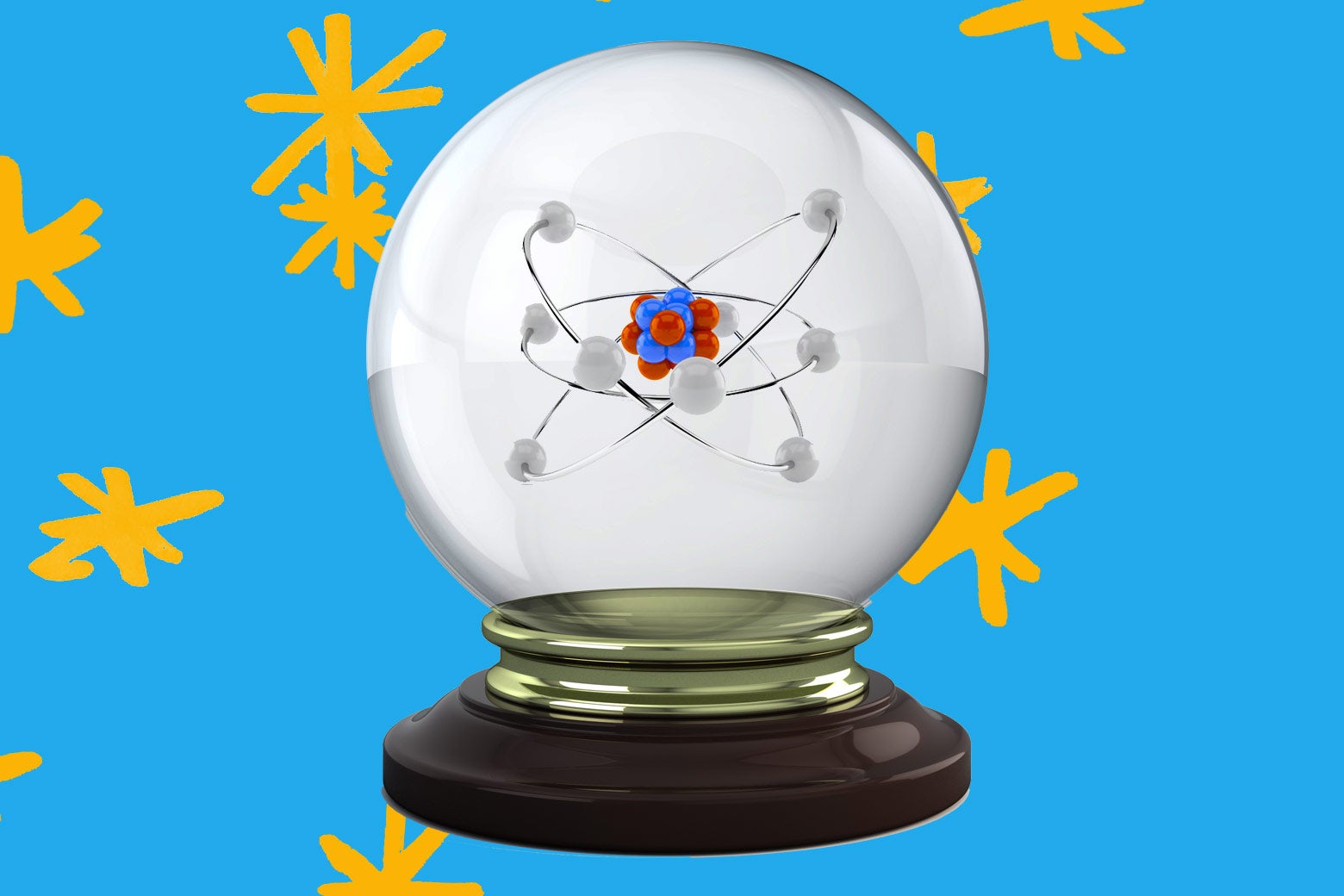 How Quantum Theories Took Over TikTok

What It’s Like to Use an Arranged Marriage App 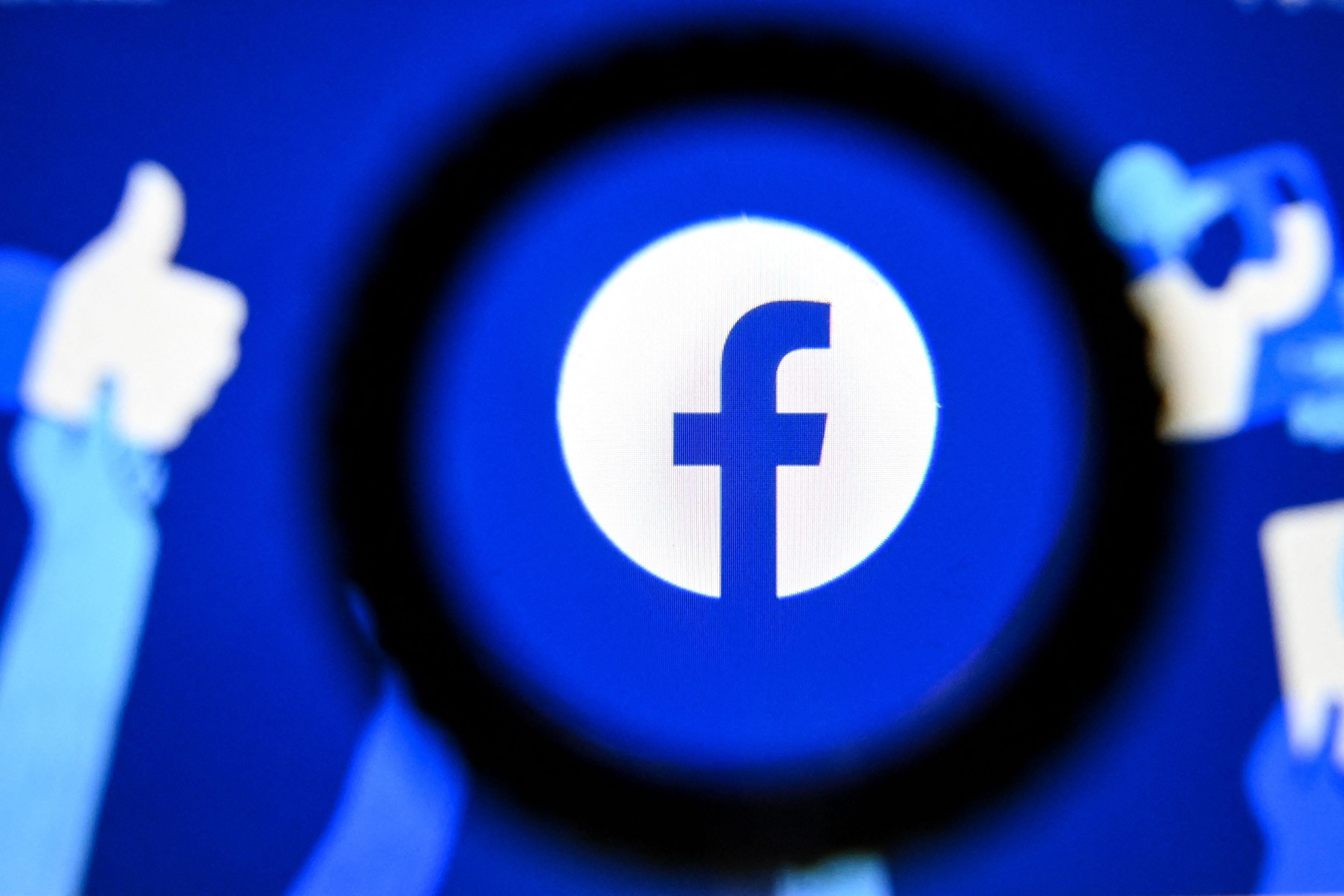 In “Galatea,” author Ysabelle Cheung considers a companion robot designed not only to appear lifelike, but also to model emotional and intellectual maturity, and to entertain through engaging conversation and musical performance. The story’s narrator encounters the CompanionDoll in the home of a man she’s dating—and quickly grows to see a reflection of herself. The response essay, written by Dorothy R. Santos, an expert on voice recognition, explores the cultural baggage behind our obsession with feminized A.I.

“What Does Sustainable Living Look Like? Maybe Like Uruguay,” by Noah Gallagher Shannon, the New York Times Magazine.

Fix, the “solutions lab” at the environmental magazine Grist, recently announced the three winners and nine finalists of its second Imagine 2200 climate fiction short story contest. These visions of the future imagine “intersectional worlds of abundance, adaptation, reform, and hope,” in landscapes ranging from coastal Jamaica to mining towns in the Ural Mountains and Northern California forests. The stories are complemented by amazing illustrations by artists Amelia Bates, Carolina Rodriguez Fuenmayor, Grace J. Kim, and Mikyung Lee, which emphasize the tone of these visions of the future: warm, humane, emotionally immediate, and insistent upon breaking through the artificial boundaries between humans and the rest of the living world. All of the stories are free to read.

On Friday’s episode of Slate’s technology podcast, host Lizzie O’Leary and the Washington Post’s Will Oremus discussed where Twitter has been—and where it’s going. (Plus, we heard from Twitter users about what the platform means to them.) Last week, Lizzie interviewed Damian Garde, who covers the biotech industry for Stat, about the challenges of developing a drug to treat Alzheimer’s. She also spoke with ProPublica’s Heather Vogell about what happens when a algorithm sets rent prices. On Sunday, tune in for a conversation with the Wall Street Journal’s Josh Chin about his book on China’s surveillance state, and what we can expect from the next chapter of Xi Jinping’s rule.

On. Nov. 15, we’ll host an in-person event at the New America offices in D.C. to celebrate the publication of “You Are Not Expected to Understand This”: How 26 Lines of Code Changed the World, edited by Future Tense’s own Torie Bosch. The book features a collection of essays by leading historians, technologists, journalists, and others about how programming reflects its very human origins—for better or for worse. We’ll be serving food and beverages, and space is limited, so RSVP today!

Then, on Nov. 29, you don’t want to miss our next edition of the Science Fiction/Real Policy Book Club. We’ll be discussing John Scalzi’s Lock In—save your spot for the Zoom discussion now.