When I surveyed some colleagues recently for opinions about the default iPhone alarm, Radar, everyone got a little mean:

“If anxiety and annoyance had a child.”—Angela Spidalette, events manager, New America

“Too similar to the earthquake alarm.”—Isabel Migoya, fellow, Future Tense

“Associated in my entire family’s mind with exigency, a thing that nobody likes!!”—Rebecca Onion, senior editor, Slate

“I hate it (aren’t we supposed to?)” —Andrés Martinez, editorial director, Future Tense

“Like having a javelin jammed through your ears.”—Laura Miller, books and culture columnist, Slate

Those of us who do keep using Radar do so out of a reckless, stubborn inertia, or the ~shrug emoji~ feeling that the alternatives aren’t much better.

Shannon Palus, a Slate senior editor who mixes Radar with a variety of other alarm sounds, including Radar and the terrifying “Classic Alarm,” described herself as “angry but also ambivalent!” about the options. I feel similarly: I have alarms waiting to be switched on at 95 different times a day (literally)—both because I am the type of person who programs alarms at 6:00 a.m., 6:05 a.m., 6:10 a.m., 6:15 a.m. … and also because I have basically not deleted any of the alarms set in my 10 years of iPhone ownership. I have—largely at the request of my husband, a Samsung user whose default alarm is much more soothing—tried to replace the sounds of my existing alarms with something less horrific. But most mornings we still end up waking up to Radar. Or, put more simply in the words of Slate writer Dan Kois: “I still use Radar, because I am stupid.”

But Radar isn’t just anecdotally terrible: It’s also scientifically so. It starts with the sound concept itself, said Stuart McFarlane, a researcher specialized in auditory stimuli and human performance. The very idea of a radar—a device used to monitor and alert for danger—has negative, anxiety-provoking connotations, McFarlane told me, and is generally “an inappropriate metaphor for the sound design with respect to waking up pleasantly and effectively.” The volume follows a receding pattern, starting off loud and getting softer, before repeating in a quick loop. Evolutionarily, McFarlane said, loud receding sounds indicate a nearby threat, potentially inducing anxiety or, as many Radar critics point out, a fight or flight response.

So, yeah, Radar is fine for, say, a reminder to turn off the oven or a warning that enemy troops are approaching. But for rising peacefully and productively from slumber? Not so much.

This, of course, raises the question of why Apple would choose Radar as the default alarm in the first place. (I asked this question, but Apple didn’t respond to my calls or emails.) As Daisy Rosario, Slate’s senior supervising producer for audio, pointed out, it “feels like with the amount of incredible things our phones can do … it should be easier to find or even create more pleasant sounds and options.”

To understand how we got here, it’s worth looking back at the history of alarms, which really started to take hold around the Industrial Revolution, McFarlane said. The alarms of that time were often repetitive blows of a steam horn, or the striking of steel on steel. We’ve come a long way since then, but our alarm technology hasn’t, really. “As technology advances, it still carries the same kind of design, where it has a signature to it, where it’s just these short tone bursts in some sort of arrangement,” McFarlane said.

This all can have serious consequences. The transition between sleeping and alert states can take up to four hours, according to McFarlane. The grogginess of the transition phase is known as sleep inertia and involves a “measurable decline in cognitive performance.” This is annoying if your mornings involve rolling out of bed and into a Zoom meeting—but it’s potentially life-threatening if your job involves, say, operating heavy machinery (or on a person!). Sleep inertia also makes morning commutes riskier.

McFarlane’s research has found that more melodic alarms are correlated with less sleep inertia. These sounds prompt our brains to “figure out and frame what the melody is. We try to understand it and in doing so, that is activating—the working hypothesis is—the areas of the brain that really afford concentration,” he told me.

An easy way to assess whether an alarm is a good option, said McFarlane, is to ask whether you can hum or whistle to it—that means it’s melodic. (I suppose you can hum to Radar … but not really.)

As I sit on my phone trying to decide if it’s easier hum to Summit or Slow Rise, though, I can’t help but think about how seemingly mundane design decisions from companies like Apple ripple out in to real consequences for user health and well-being. In Apple’s defense, the company has additional alarm options within the “Sleep | Wake Up” setting, which, according to What Next producer Madeline Ducharme are “FAR superior to the typical alarm options.” Some users will migrate to those alternatives, but many will remain stuck on defaults. And then there are a few outliers—like Slate staff writer Henry Grabar, who harbors a hate so intense for iPhone sounds that he “bought an expensive alarm-clock radio with a light screen.” But again, they’re the exception, not the rule. As early as 2012, Computerworld reported that “Alarm clocks and watches are the devices most frequently pushed aside by smartphones,” citing a study from British telecom company O2 that found 54 percent of smartphone users had stopped using alarm clocks.

So, ultimately, the default sounds companies choose are, in the words of Future Tense associate director Joey Eschrich, “like our corporate overlords setting the backing track for life for years to come.”

At this point, you may be thinking: Enough with the alarm whining! We’re bound to hate all alarms eventually. Maybe we just hate Radar more because, for iPhone users, it’s the most ubiquitous. As Ben Richmond, Slate’s senior director of podcast operations, pointed out, perhaps “Radar-Hatred is nurture more than nature.”

Well to you, dear skeptic, I present this Radar horror story, from Greg Lavallee, Slate’s vice president of technology:

We had these cats that, in their old age, went a little … bananas. They started attacking us. Scratching legs, faces, whatever. One thing that triggered them (we never found all the triggers) was the Radar alarm from iPhones. The first time it happened, the Radar alarm went off and the cat jumped on my wife while she was sleeping and scratched up her face. The next time, it was while we were awake and I heard it go off and instantly thought “oh shit.” … [the cat] just shot at me and started scratching my legs. I had to run in a closet and then push her away with a laundry bin and shut the door. She stayed in there pacing and growling while we called the vet. Long story short, no more Radar. … despite best efforts, cats that attack you are (a) not easy to find a new home for and (b) not good to keep around. The cats were eventually put down out of caution. RIP cats. Boo Radar.

How the Right-Wing Tech Ecosystem Has Changed Since Jan. 6 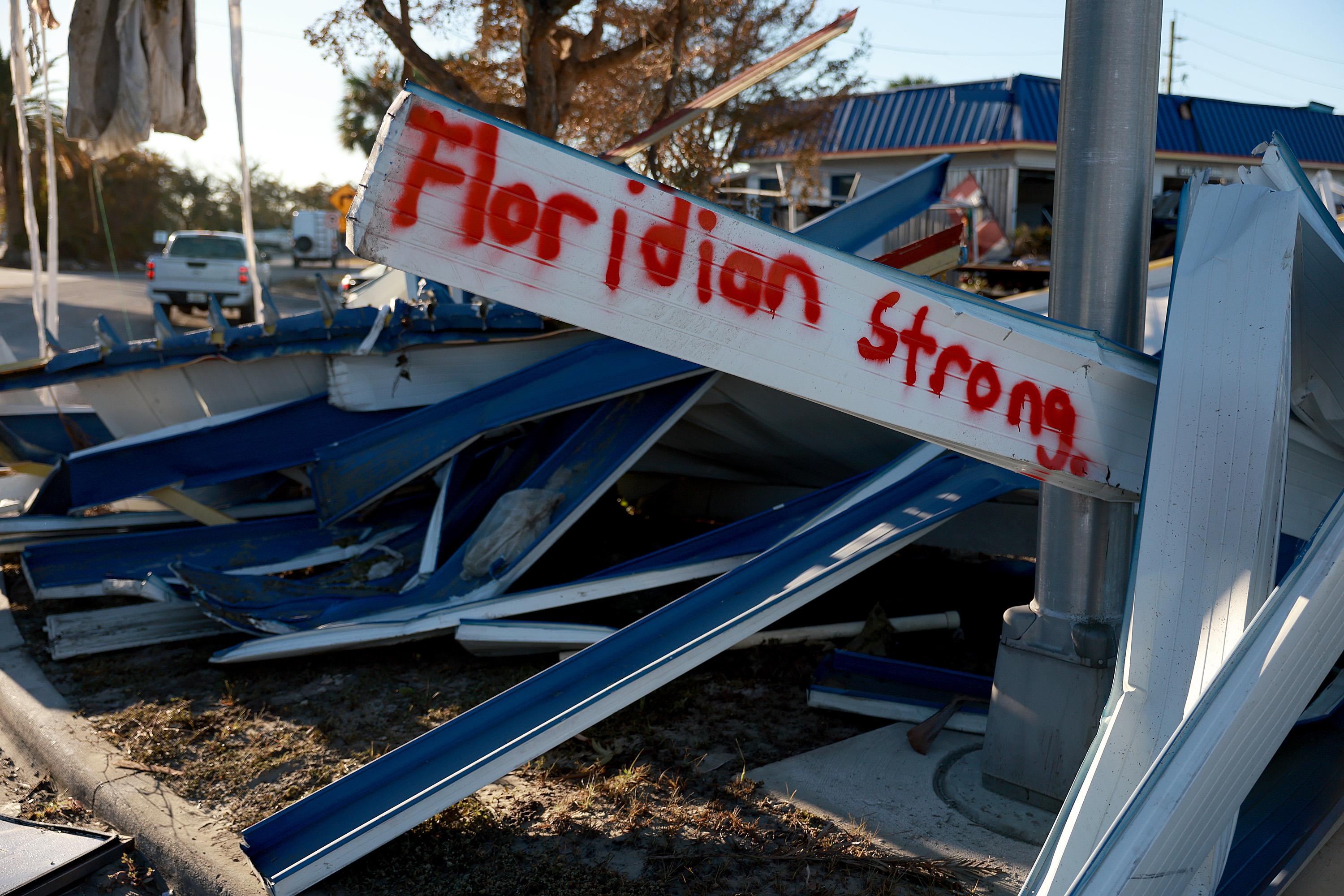 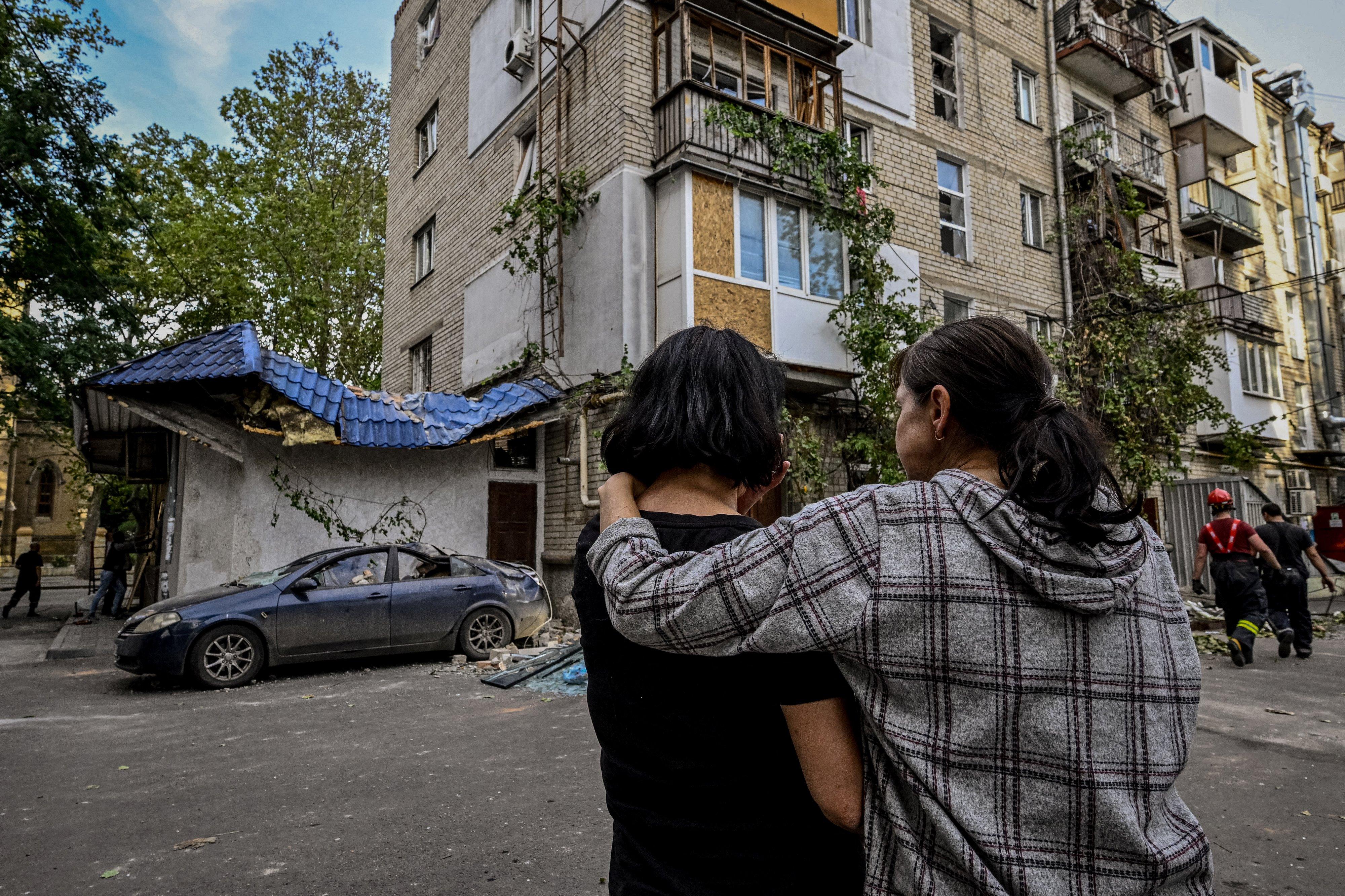 How to Get Displaced Ukrainians Back Into Their Homes Quickly 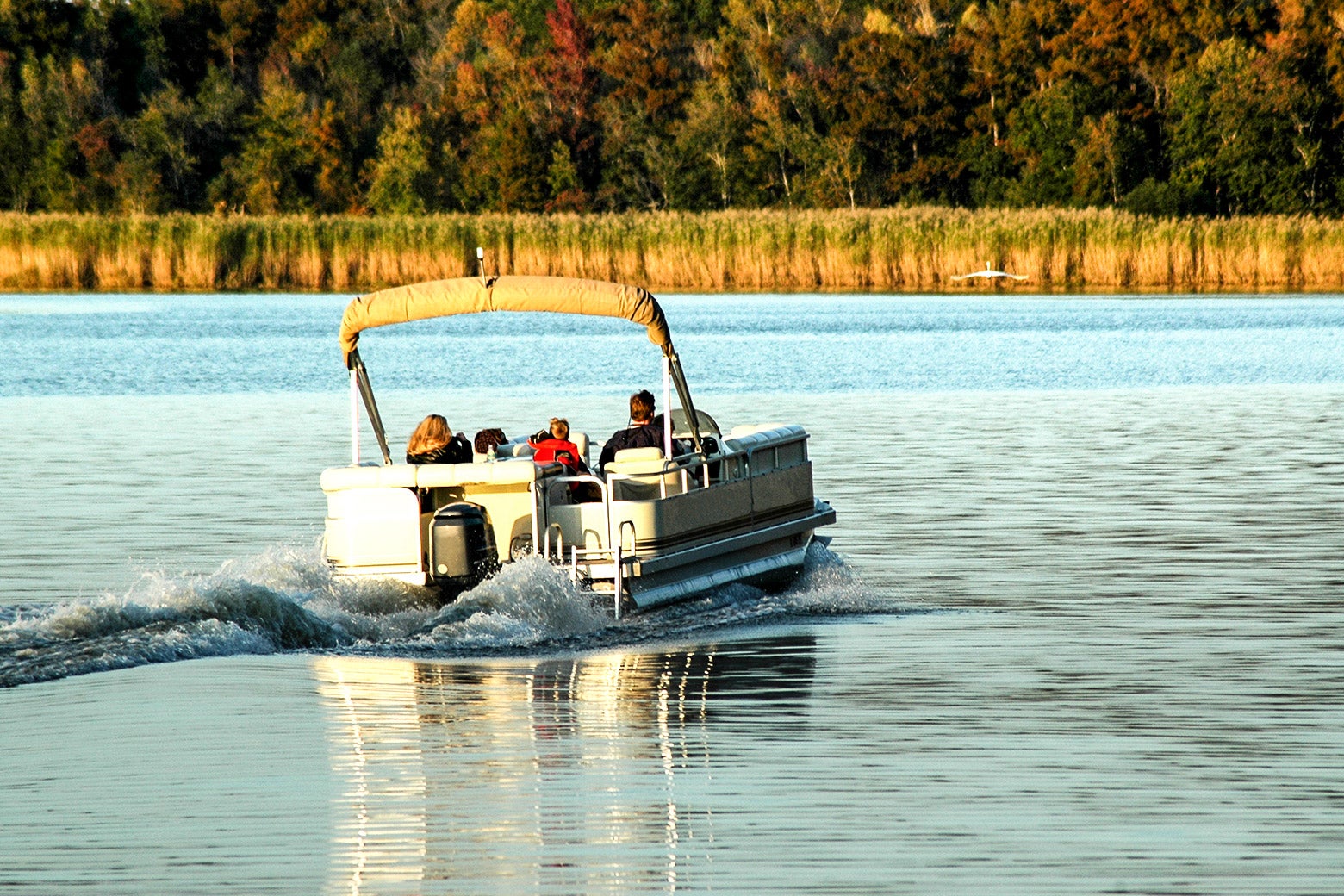 Pontoons Are Gas-Guzzling Aquatic Patios. Can They Go Electric? 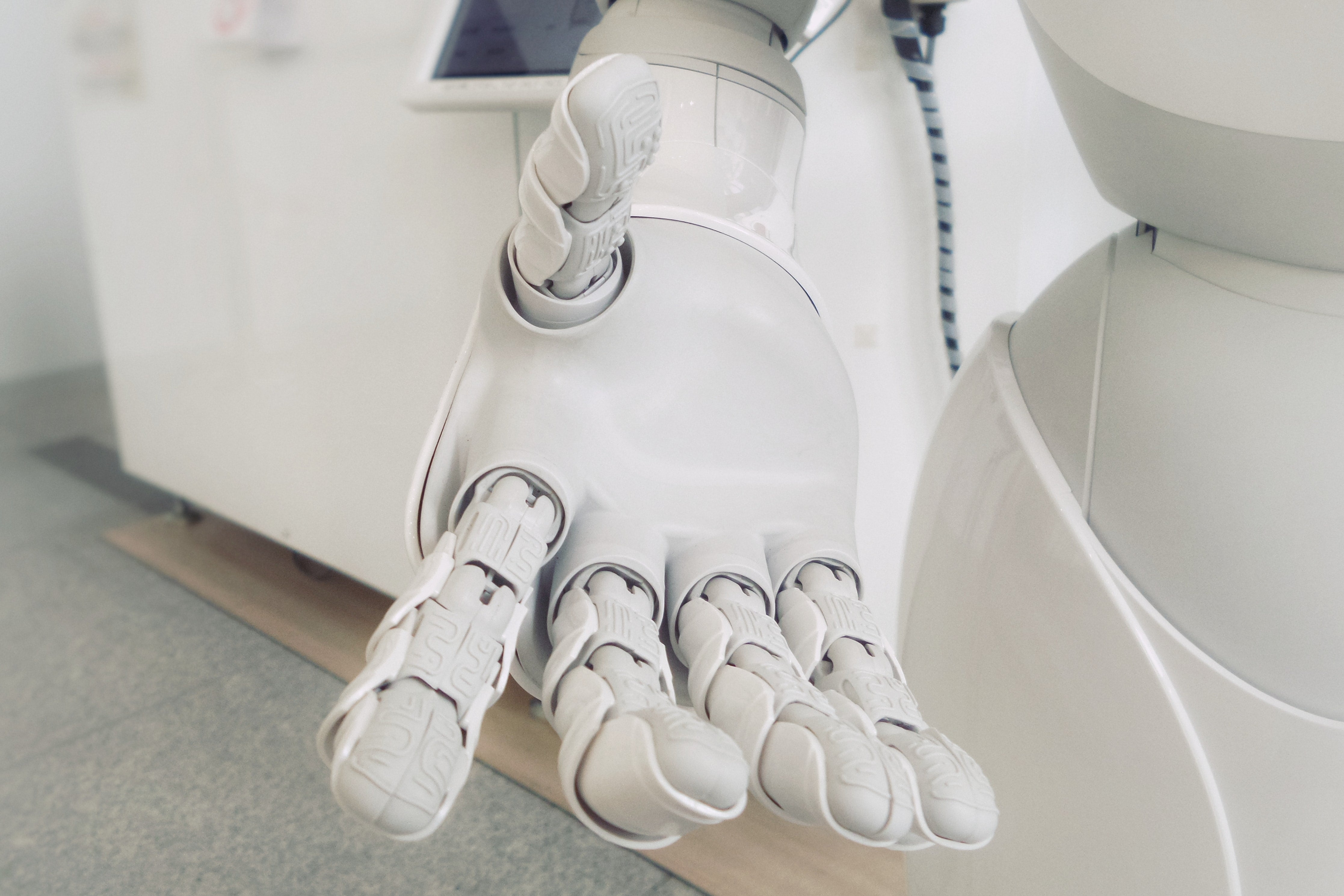 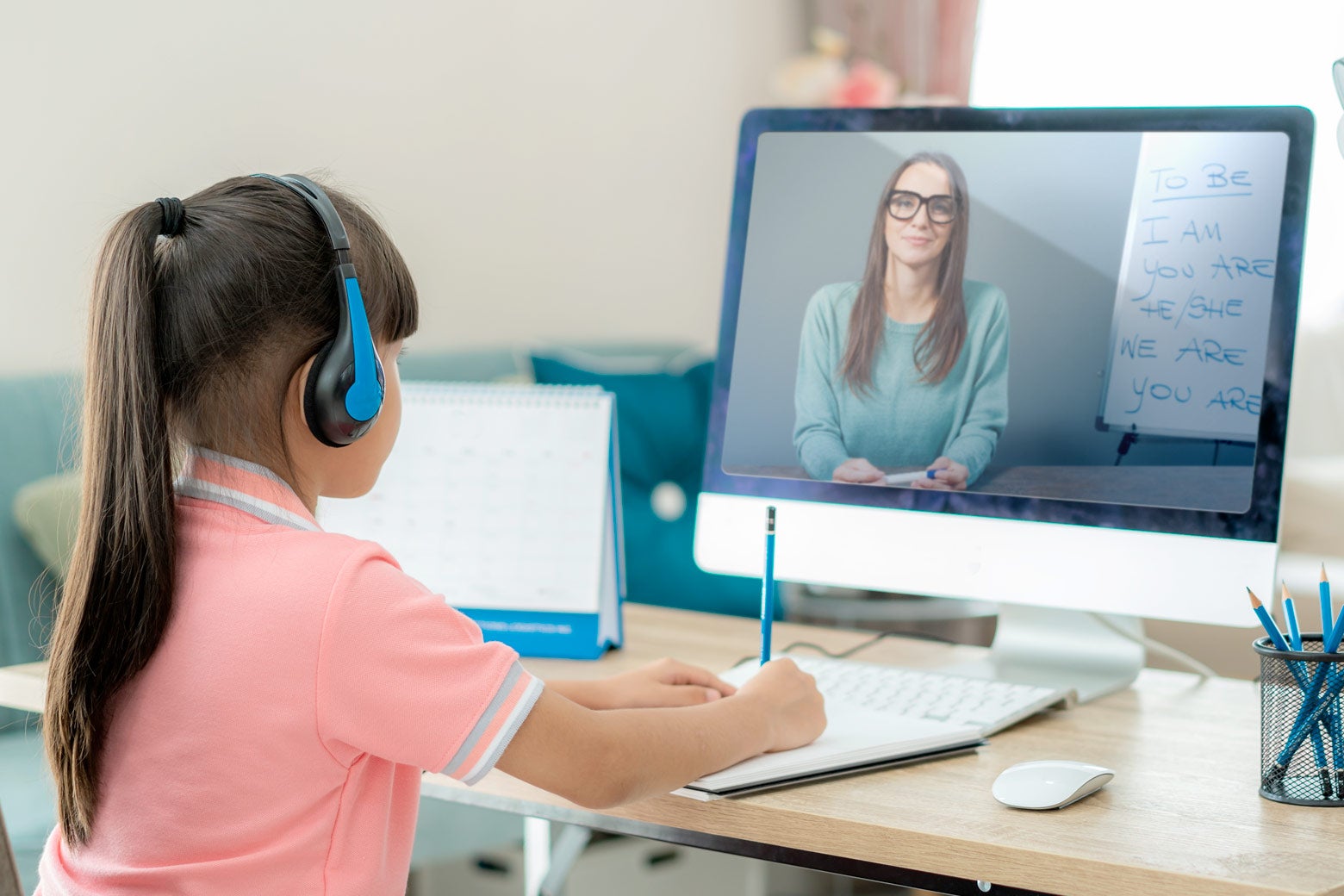 With the midterm elections around the corner and darker, shorter days upon us, I, for one, have found myself in need of some delight—and there is no better source than Ross Gay’s The Book of Delights. Published in 2019, the collection of 102 essayettes was born of an experiment: For a year, Gay, a poet, challenged himself to write each day about something that delighted him. The essays themselves deal with a wide variety of topics: from lying down in public and sharing the burden of carrying a shopping bag to a “fairly sophisticated carport.” They are not all “happy” essays—they often grapple with racism, violence, and politics, and the realities of life as a Black man in America—but they are nuanced, compelling meditations on the human experience. “It didn’t take me long to learn that the discipline or practice of writing these essays occasioned a kind of delight radar. Or maybe it was more like the development of a delight muscle,” writes Gay. “Something that implies that the more you study delight, the more delight there is to study.” Reading Gay’s work helps develop a similar muscle. (Gay has a new essay collection, Inciting Joy, out later this month.)

On Friday’s episode of Slate’s technology podcast, host Lizzie O’Leary spoke to Noam Scheiber, labor reporter for the New York Times, about the next steps in the fight to unionize Amazon. Last week, Lizzie talked with Jeff Kosseff, author of The 26 Words That Created the Internet, about a Supreme Court case that could fundamentally alter big tech’s business model. She also spoke to Wired’s Dhruv Mehrotra about the rise of religious accountability apps. On Sunday, tune in for a conversation on the nascent human composting industry with science journalist Eleanor Cummins.

On Oct. 20, join Future Tense in the run-up to the World Cup for a conversation about how tech is driving innovation in sport—from video-assisted refereeing to performance-enhancing gadgets.

Then, on Oct. 26, join an event on how cities can adapt to extreme heat, featuring Phoenix Mayor Kate Gallego, climate scientist Angel Hsu, and Slate’s Henry Grabar. The event is co-sponsored by Knowable Magazine and Annual Reviews, and part of a series on climate adaptation.

On. Nov. 15, we’ll host an in-person event at the New America offices in Washington to celebrate the publication of “You Are Not Expected to Understand This”: How 26 Lines of Code Changed the World, edited by Future Tense’s own Torie Bosch. The book features a collection of essays by leading historians, technologists, journalists, and others about how programming reflects its very human origins—for better or for worse. We’ll be serving food and beverages, and space is limited, so RSVP today!

Finally, on Nov. 29, you don’t want to miss our next edition of the Science Fiction/Real Policy Book Club. We’ll be discussing John Scalzi’s Lock In—save your spot for the Zoom discussion here.