Sign up to receive the Future Tense newsletter every other week.

In Early August, my partner and I were awakened by a loud alarm on his phone: “Earthquake alert, earthquake alert,” the phone warned with escalating intensity, backdropped by a soundtrack of fake sirens.

My partner grabbed our dog, I grabbed the keys, and we fled to the stairwell, where we joined a stream of neighbors rushing to the street, driven forward by the shouts of a woman on the floor above us: “Run, run, run.” (In Mexico City, standard earthquake practice is to evacuate, if you can.) When we reached the ground level, we joined groups of people pouring out from other buildings, looking up at the five- or six-story apartments surrounding us, trying to calculate the best place to stand.

We checked my partner’s phone: It was 3 a.m. That’s when I realized I had left my own phone upstairs—my earthquake app had been silent.

In an ideal world, no one would need an earthquake app to alert them to an imminent disaster. Indeed, in Mexico City, where I live, you’re not supposed to need one—Mexico’s public early warning system, launched in the 1980s, was the first earthquake alarm in the world, NPR reported, and to this day remains one of the few of its kind. It relies on a series of sensors, strategically placed near fault lines, that trigger alarms blared through more than 12,000 loudspeakers around the city. But whether you’ll hear those loudspeakers depends a lot on where you are—speakers are more densely clustered in some areas than others, and they frequently have outages. In Mexico City’s deadly September 2017 earthquake, which collapsed buildings and killed nearly 400, survivors widely reported not hearing the alarm until after the shaking had begun. (This was because the epicenter was so close to the city that the alert couldn’t give people much lead time.)

The trauma of 2017 marked a turning point in how many people—especially young people— thought of earthquakes in Mexico City. Being prepared gained new urgency. Meanwhile, the city has continued to tremble, and the earthquake alert system hasn’t exactly worked as promised. During an earthquake in March 2021, a configuration error set off the wrong message for part of the city, where residents heard the announcement for an earthquake drill, even as they felt the ground shake below them. The next morning, the earthquake alarm sounded again—only this time, there was no earthquake. (After this snafu, the agency in charge of the alarm announced it would accelerate the system’s migration from analog to digital technology.)

And during this year’s middle-of-the-night August quake (magnitude 5.1 and epicentered in the coastal state of Guerrero), the alarm sounded only in certain parts of the city, Mexico City Mayor Claudia Sheinbaum confirmed. Sheinbaum said this was due to the quake’s low magnitude and minimal risk to the city—but many residents were understandably upset and confused by the contradictory signals. After large earthquakes, news sites republish the same articles about how to report malfunctioning loudspeakers, simply updating the dateline.

All this has left chilangos, as Mexico City residents are known, scrambling for other ways to protect themselves—especially in September, which many superstitiously call earthquake month. (Mexico City’s two largest earthquakes, in 1985 and 2017, happened on the same day, Sept. 19—which is eerie even though there isn’t actual evidence that September is more earthquake-prone than any other month.)

And that’s where the earthquake apps come in. There are lots to choose from. My partner uses an app called SASSLA, which relies on data from Mexico’s national earthquake alert system. SASSLA is surprisingly transparent about being a work in progress: On its website, it describes how it started as a family project in 2014, sending push notifications to a private network. After its public launch in 2016, it suffered delays in notifications. Following the September 2017 earthquake, the app’s user base grew “exponentially,” which also brought significant alert delays. “Users knew that the application was an experimental project in development,” SASSLA explained, “so they constantly supported us with feedback.” In June, SASSLA launched the latest version of its app, under a rehauled alert system, which is able to send the alarm to 10 million cell phones in 500 milliseconds.

I didn’t have much luck with previous versions of SASSLA, which kept uninstalling from my phone, so I downloaded SkyAlert, an app powered by a private network of more than 120 earthquake sensors around the country. The app frequently tries to entice me into paying for SkyAlert Gold—for just $10.49 a year, I could scroll the app’s list of recent earthquakes without ads for a crypto platform!

And these are just two app options: Mexico City also sends notifications through its 911 CDMX app, and there’s the UC Berkeley-developed MyShake, which delivers the USGS-funded ShakeAlert in California, Washington, and Oregon; outside of those states, it uses movement data from your phone to detect quakes. These apps are available to most, but not all: In Mexico, 75.5 percent of the population older than 6 uses a cellphone, and 91.6 percent of those users have a smartphone—but what about those who don’t?

As I scrolled the App Store results for “earthquake” recently, attempting to sort through the options, I was struck by how bizarre and frustrating of a dilemma they present: How to know which is best, most trustworthy, most likely to keep you alive?

And once you’ve finally chosen an app, sorting through the data it serves up is also difficult. Should I give the app access to my live GPS location? As one of the developers of the U.S. app QuakeAlert pointed out to Chau Tu in Future Tense in 2018, “There’s a lot of inherent problems with mobile alerting,” such as “bottlenecks with personal notifications, people moving and not changing their location settings, or not having location services on.” Another quandary: For what level of earthquake intensity do I want to receive alerts? A couple of weeks ago, I was sitting in a Zoom therapy session when my phone buzzed with a notification from SkyAlert: Earthquake detected! Mild, occurring now. Expected in your location. I glanced at the blinds, moving ever so slightly (or was it my imagination?). I stayed on Zoom. I didn’t feel the quake.

None of this is unique to earthquakes: As the climate crisis accelerates, a host of new tools hoping to help users in case of floods, wildfires, hurricanes, or other emergencies are populating the App Store.

These apps are noble in their intention of filling gaps in disaster information, but I worry they’re not enough—they too often put the onus, after all, on users. Researching, downloading, and updating is ultimately on us. We’re peddled “gold” subscription models of apps that, at their core, are public utilities. Robust emergency communication infrastructure should be built-in, not opt-in. As grateful as I am to the people behind apps like SASSLA—doing their best to develop tech to keep us all safe—I can’t help thinking that we shouldn’t have to rely on “experimental project[s] in development.” What’s more, the countries that will be hit hardest by climate disasters, and often suffer most in the wake of tragedies like earthquakes, are those with the least funding to beef up emergency communication infrastructure. We have a long way to go, and we deserve better.

Because even if you do all the research you can, you may end up like I did, on the street, gazing up at your apartment, wondering why your phone didn’t ring. 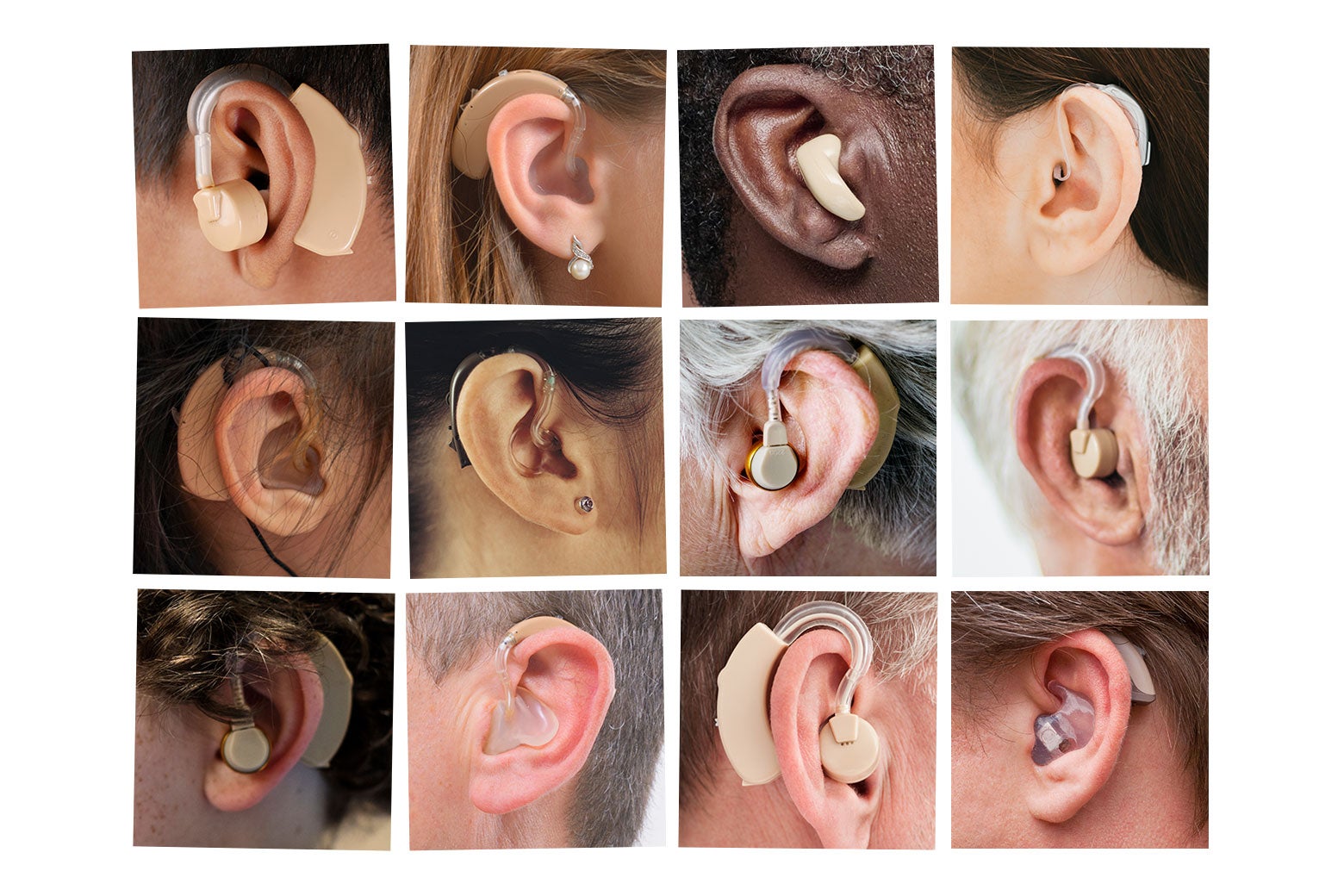 A Simple Piece of Technology Will Help Millions of Americans, Thanks to a New Biden Policy 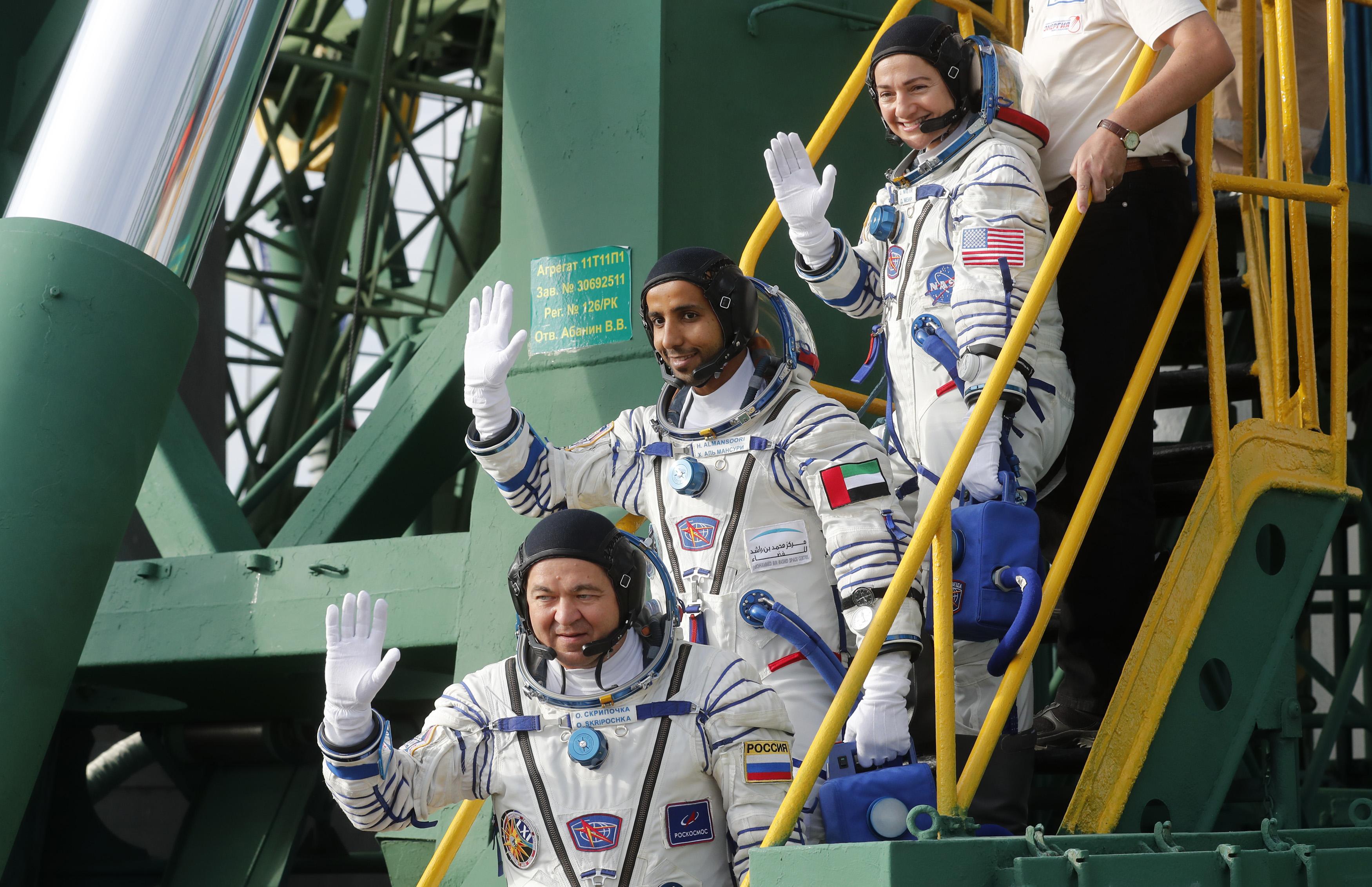 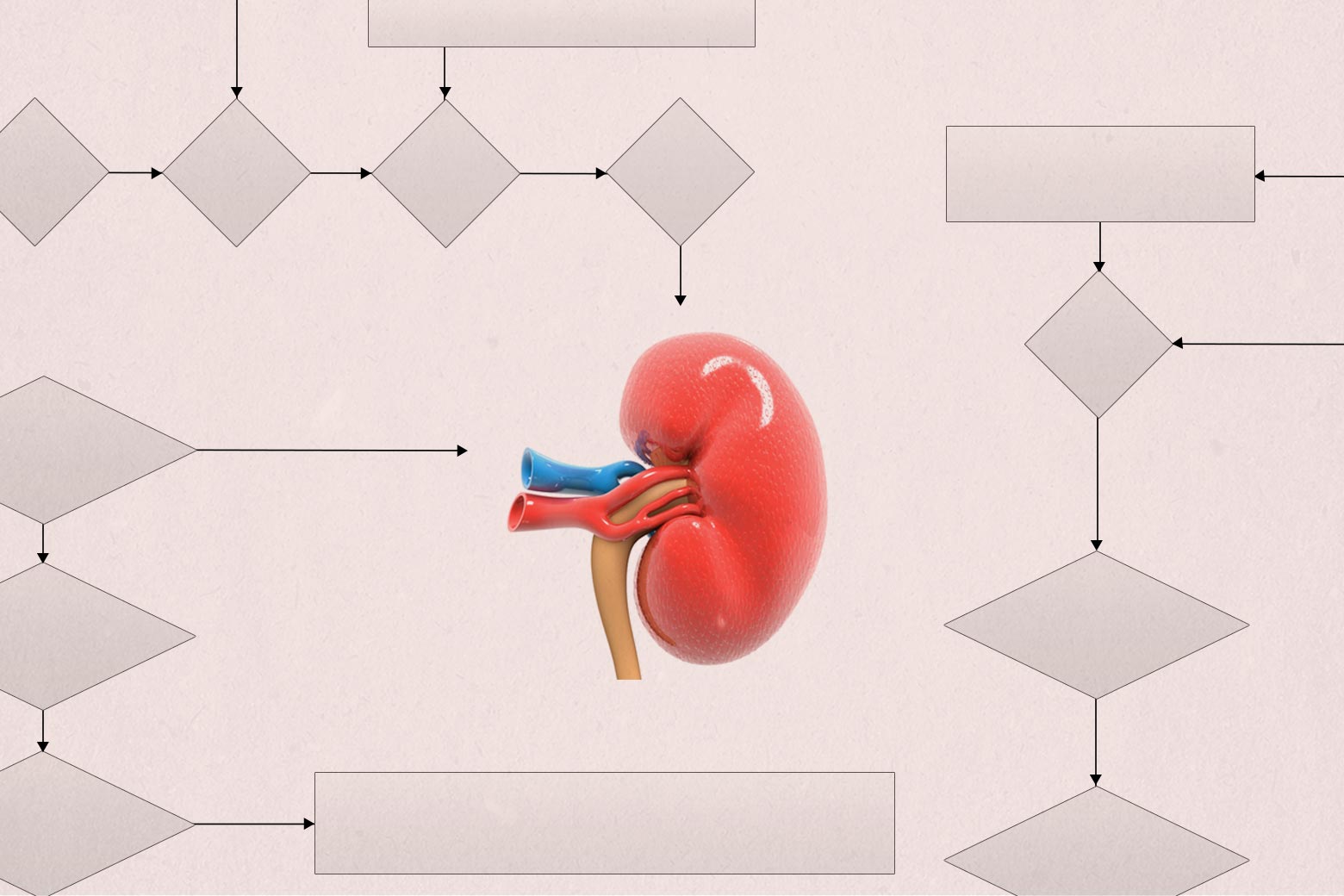 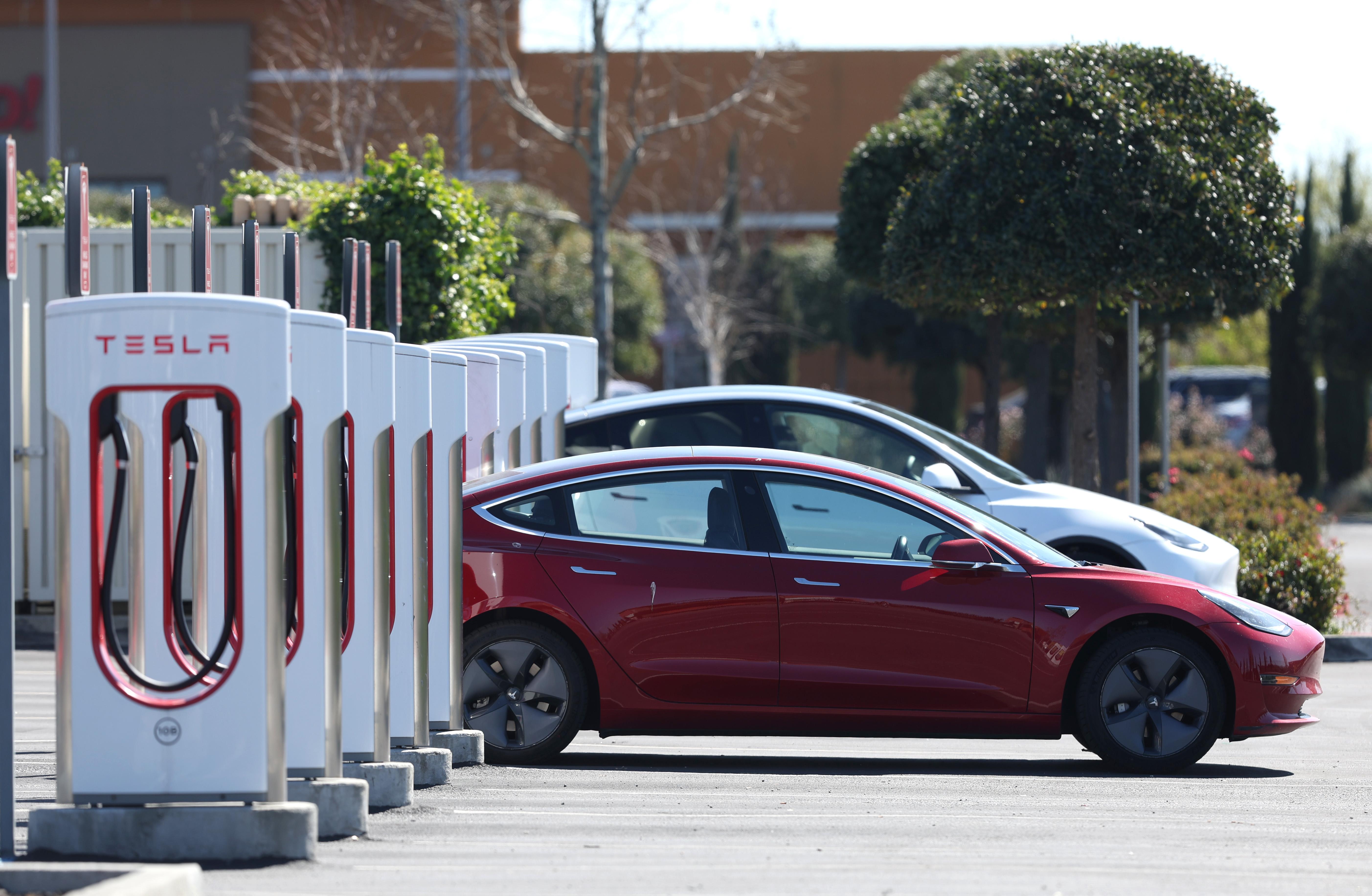 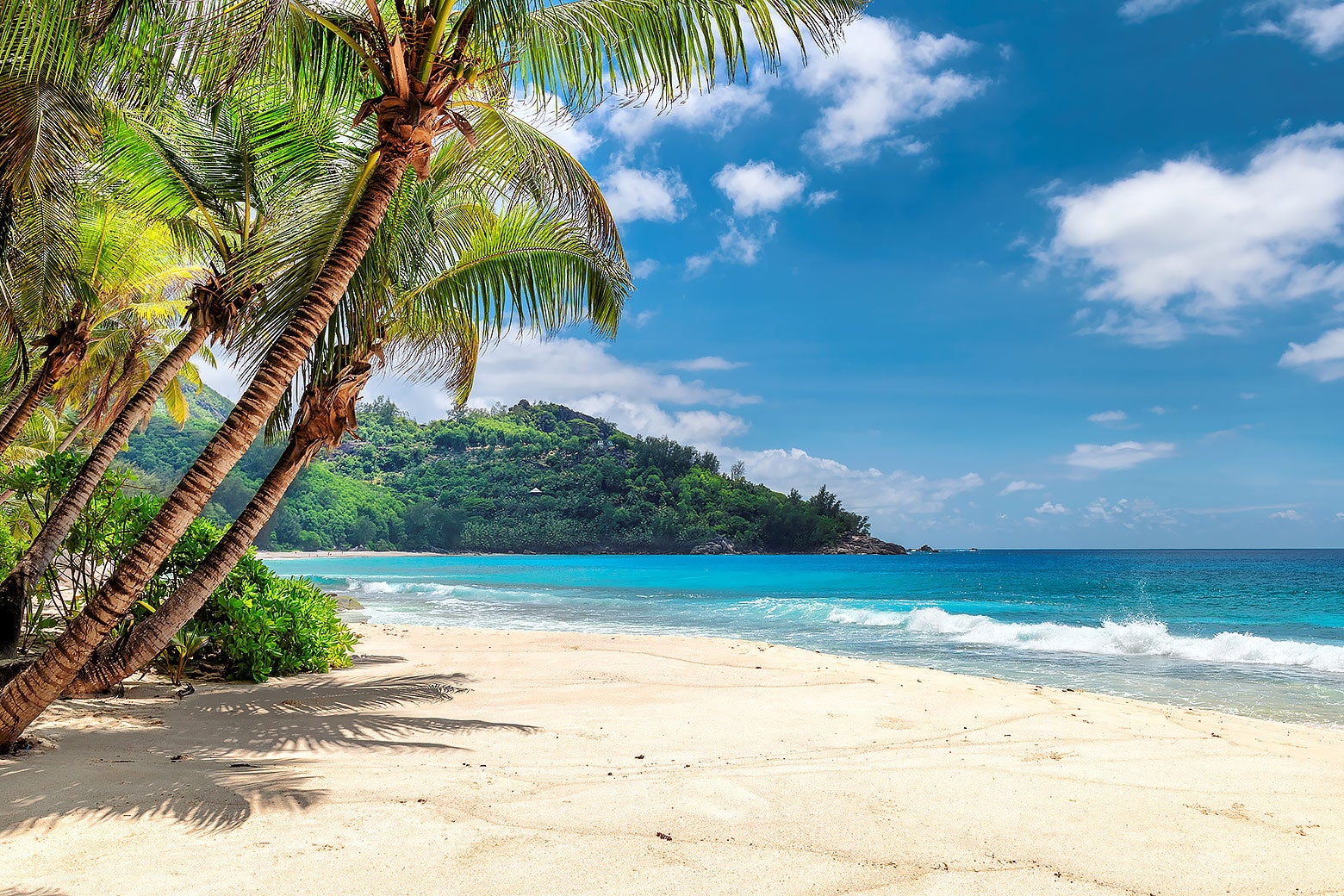 Cyberinsurance Has Been Around for 25 Years. It’s Still a Bit of a Mess.

This month’s story is “The Only Innocent Man” by Julian K. Jarboe, author of the Lambda Award–winning collection Everyone on the Moon Is Essential Personnel. The story follows Charlie, a teacher who is suddenly confronted with his worst fear: One of his students found the “softcore romance stories” that he “once wrote on commission for strangers on the internet.” In the response essay, Casey Fiesler, an expert in online privacy, describes how fanfiction communities (particularly those built around stories related to gender identity and sexual orientation) develop “strong privacy norms.” But those norms aren’t always respected by researchers or journalists—or, as in Jarboe’s story, by curators and digital archivists.

“WhatsApp Grocery Shopping Is Already Huge in Brazil. One Startup Wants to Take It Over,” by Marília Marasciulo, Rest of World

I am dying to talk to someone about Sarah Fay’s Pathological: The True Story of Six Misdiagnoses. In what the New York Times called a “fiery manifesto of a memoir,” Fay traces her experience with the mental health system across 30 years and six diagnoses: anorexia, major depressive disorder, anxiety disorder, attention deficit hyperactivity disorder, obsessive-compulsive disorder, and bipolar disorder. In it, she fervently critiques the Diagnostic and Statistical Manual of Mental Disorders, or DSM, used as a bible by many psychiatrists, and explains the devastating impact quick diagnoses and immediate pivots to medication had on her life. I’m still wading through how I feel about some of Fay’s conclusions, but the book raises an important question for anyone navigating the mental health system: “Is a diagnosis a lifeline or a self-fulfilling prophecy?” It also challenges the common (flawed!) narrative of mental health as a linear journey: from devastated to diagnosed to healed.

On Friday’s episode of Slate’s technology podcast, host Lizzie O’Leary talks to Kashmir Hill of the New York Times about what happens when A.I. made to fight child pornography goes wrong. Last week, Lizzie spoke to the Washington Post’s Joseph Menn about Twitter whistleblower and legendary hacker Peiter “Mudge” Zatko. She also chatted with industry analyst Julia Alexander about the latest chapter in the streaming wars—and what it means for viewers. Tomorrow, Lizzie will talk to freelance science journalist Cassandra Willyard about the challenges of developing a vaccine against Lyme disease.