As the editor of Future Tense, I have a few rules for writers. Chief among them: You’re not allowed to open with a scary or utopian scenario and then write, “It sounds like science fiction, but …” And you need a very good reason to reference some of the biggest works of science fiction—1984, Brave New World, Gattaca, Minority Report, Terminator. (This also applies to the most popular terms derived from these works: Skynet, Precognition, Orwellian, Big Brother.) Also, please avoid references to the Silicon Valley ethos of “move fast and break things.”

That probably sounds unfair. But if I don’t, every article starts to sound the same: dystopian. (That’s a word I also try to use sparingly, never when it just means “mildly creepy or unsettling.”) Reminding people about unintended—or maliciously intended—consequences of technology is critical, but if you talk about sentient killer robots in every article about some new marginal robotic achievement with a cool video, people will eventually either think that all robots = death of humanity or, worse, they’ll become inured to the genuine warnings.

But there’s one movie I wish people would invoke more: Real Genius, the 1985 comedy starring Val Kilmer. It’s been one of my favorites since I was a child, long before I imagined having my own career related to technology. Today, I think it’s a must-watch for anyone who perches on the cutting edge for a living, whether in a lab or in the government. In fact, Future Tense will be screening it for free on Monday, Aug. 22, at Landmark E Street Theater in Washington. (RSVP here!)

Set at Pacific Tech, a fictional version of Caltech, Real Genius is about brilliant college students who live, learn, and pull pranks together while developing world-changing tech. As a kid, I loved the goofiness. I wanted college to be filled with prodigies using their intellect to coat a dorm hallway in ice and hold Marie Curie lookalike contests. (I think I would have had a chance, especially if the only other contestant was later disqualified.) I watched it over and over.

It took me a several viewings and several years before I began to absorb the actual message of the film. Kilmer, playing a senior named Chris Knight, begins rooming with 15-year-old genius Mitch. Mitch just wants to learn about and develop lasers, but Chris, who says he wasted too much of his own time in college studying, is focused on teaching the younger version of himself to make friends, meet girls (not that there are many at Pacific Tech), and relax. As a warning, Chris points to a man who lives in the steam tunnels, who started college even younger than Mitch but cracked when he learned that the technology he was working on was being used to kill people. Meanwhile, evil professor Jerry Hathaway is working with the government to create a super-secret laser that can be used to assassinate targets from space. But he can’t do it without Chris and Mitch. (“Lasers are a young science,” Chris says at one point—but Hathaway might have been able to hire more people to work in his lab if he weren’t embezzling.)

Ultimately, Real Genius is a movie about responsible innovation—as Chris says, about how you can’t have science without philosophy. Creating a laser that reaches 5 megawatts is not just a scientific puzzle; creators need to think about how their inventions will be used, and why someone wants them created in the first place. (In January 2021, David Rothkpof pointed out on Twitter, “The most powerful laser in the world today is a 10 petawatt device. That’s 10 million billion watts.”)

Of course, the film is also a time capsule. There’s a single female Pacific Tech student; the other women who appear are a genius groupie, student beauticians the male geniuses hit on, and a college administrator. In 2015, for the film’s 30th anniversary, Phyllis Rostykus wrote an article for Future Tense about being one of the female Caltech students—at a time when the school had a 7 to 1 ratio of men to women—who inspired the character of Jordan. “At Caltech and beyond, I was one of the guys—and maybe it was a survival tactic,” she writes.

But for its flaws, Real Genius also offers a valuable lens through which we can think about innovation and progress and the human decision-making in science. If you want to create responsibly, you should watch it at least once a year. It’s a moral imperative. 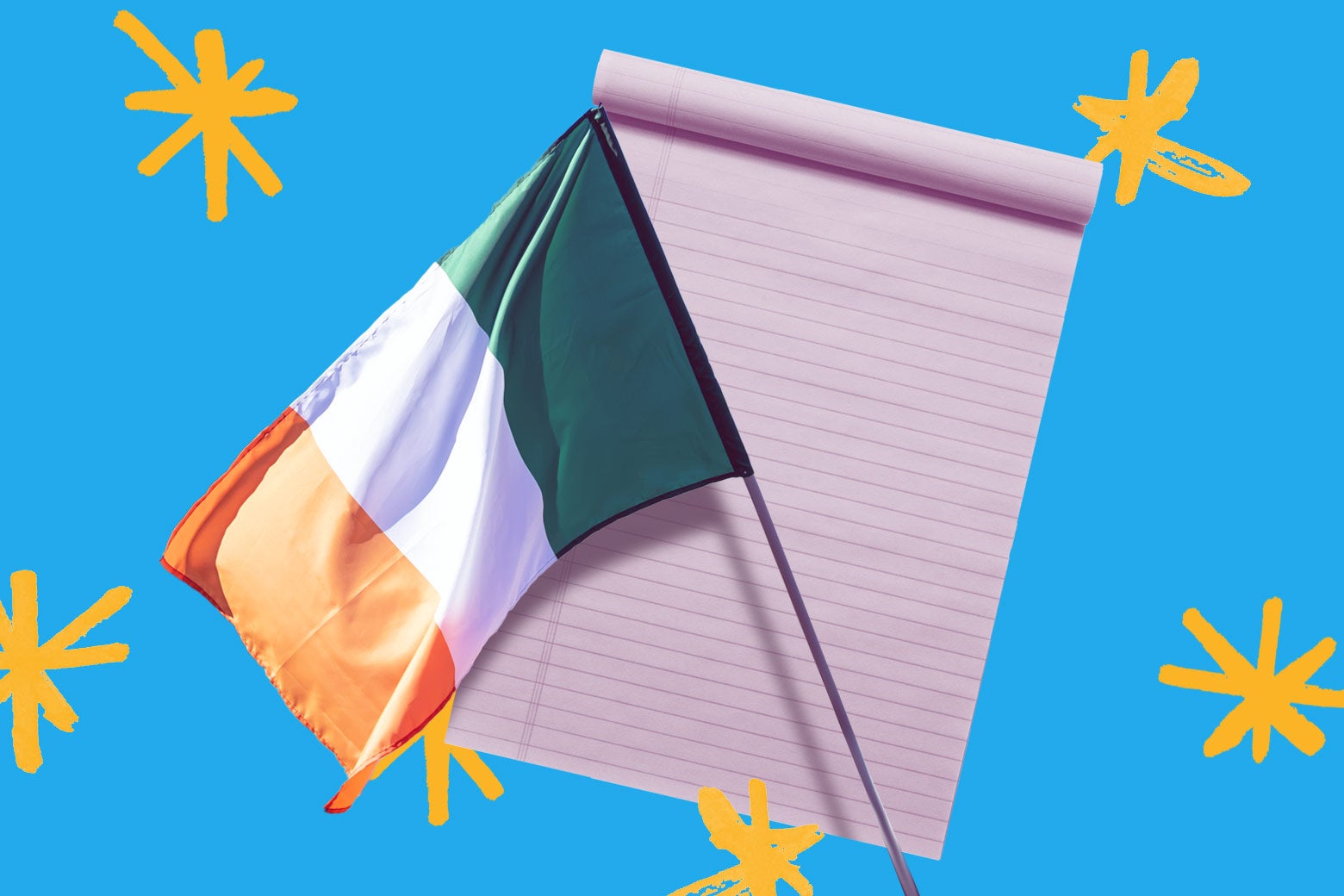 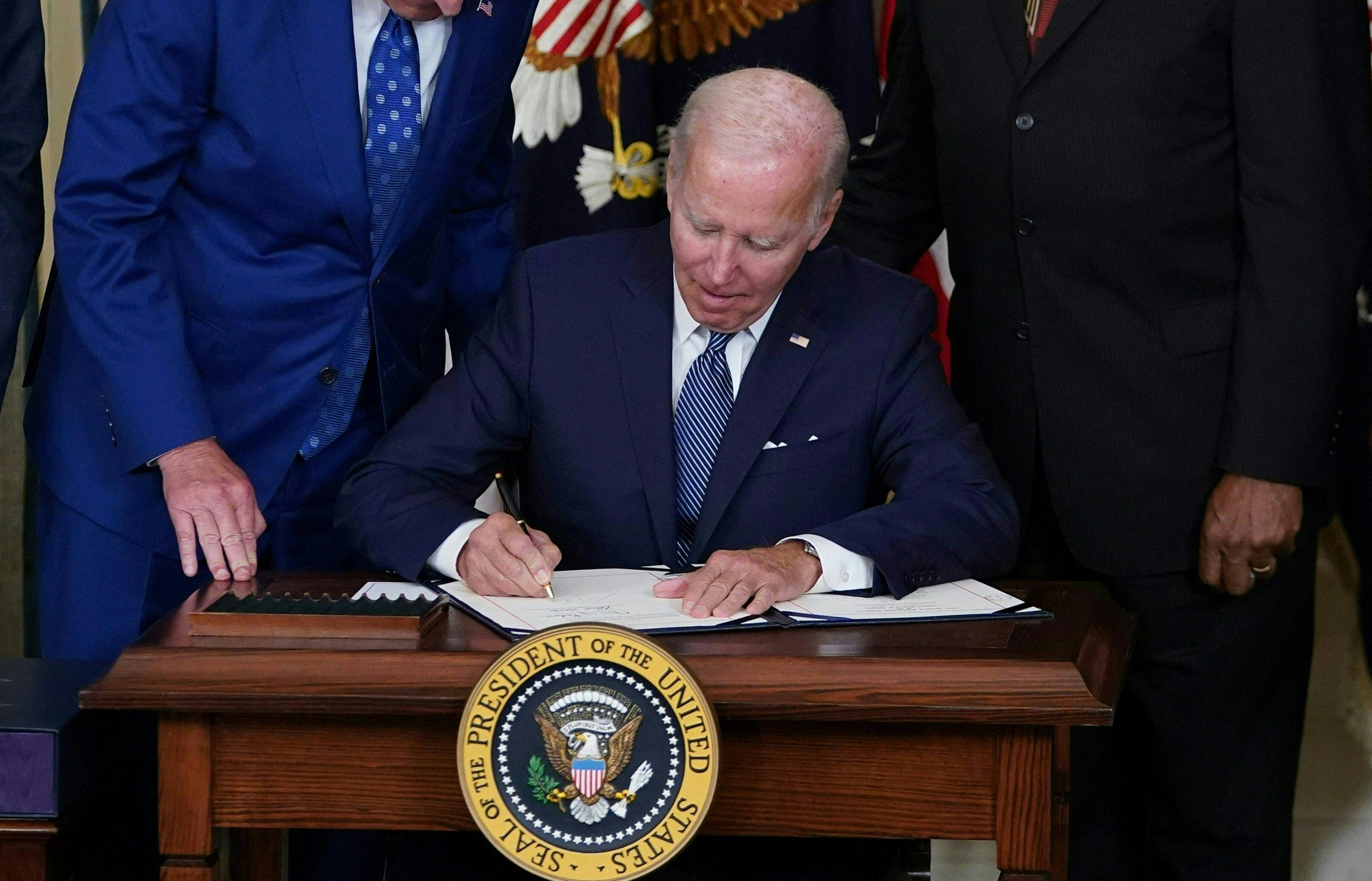 Joe Biden Is Now the Greenest President Since Nixon 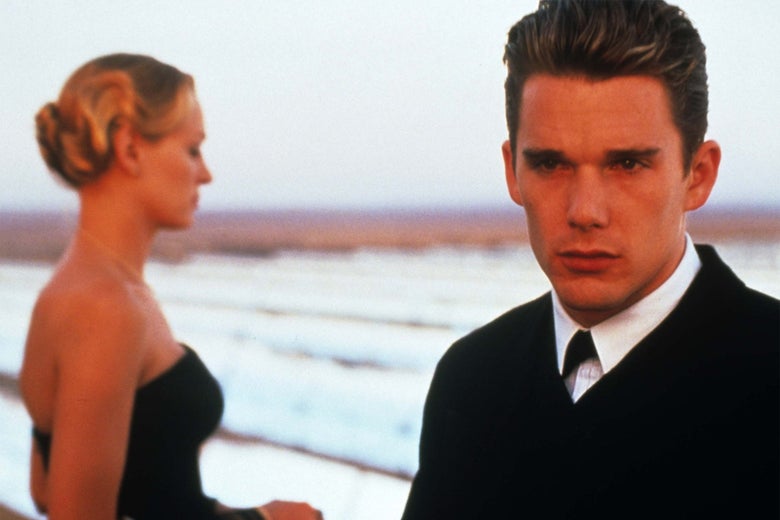 What Do People Who Work in Genetics Think About Gattaca 25 Years After Its Release? 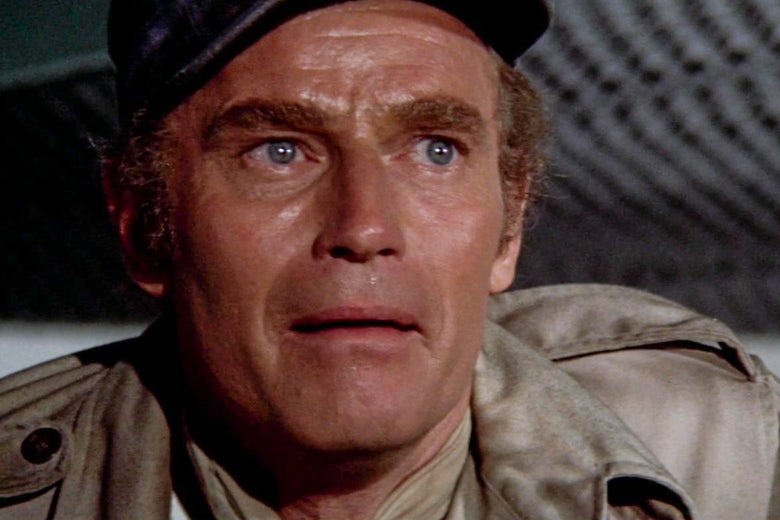 Why Soylent Green Got 2022 So Wrong

During a recent work trip, I devoured The Guide by Peter Heller. I enjoyed his thoughtful apocalyptic novel The Dog Stars, but The Guide felt far more propulsive. Without giving too much away, The Guide—which is set at an exclusive fishing retreat that offers a luxury experience to Silicon Valley CEOs and celebrities—examines how the rich try to float above restrictions and risks presented by emerging viruses.

On Friday’s episode of Slate’s technology podcast, Lizzie O’Leary talks to the Washington Post’s Pranshu Verma about how the Inflation Reduction Act is giving climate tech a boost. On Sunday’s episode, Lizzie and Tim Requarth, who has been covering COVID for Slate, will discuss the CDC’s future.