What are you watching?

I watched the riveting finale of For All Mankind’s season two a few days ago and have thought of little else since. Maybe the only thought unrelated to the plot that keeps popping into my mind is: How can it possibly be that no one is talking about this show? Or everyone, for that matter? How could I casually stream season two of this Apple TV+ alternative history/space exploration series more than a year after it was released, completely unaffected by any buzz or spoilers? I might as well have discovered a previously unspotted solar system. Season three came out earlier this summer, and I still don’t seem to have to worry about spoilers emanating from any water cooler chatter.

To be fair, it isn’t just me. I did one of those reassurance-seeking “I’m not crazy, right, this is really good?” searches and found that, yes, For all Mankind has received much critical acclaim. Vulture, in a representative review of season two, proclaimed that the season finale had turned the show into “appointment television.” (I have been very disciplined about NOT reading our own Slate piece about season three, despite its annoyingly seductive headline).

“Appointment television” is a wonderfully dated phrase in our on-demand age. It used to mean a show was so good that you made an appointment with NBC/CBS/ABC (or later, in the days of The Sopranos, even with HBO) to watch it when it aired—so you could enjoy it in real time and dissect it the next morning with classmates or coworkers. Around the time of the Apollo 11 landings, roughly a quarter of all U.S. televisions would be tuned to Bonanza and Gunsmoke when those Westerns aired.

Those shows were before my time, though I am willing to bet that For All Mankind offers superior entertainment. But the existential question is whether a TV show can be both amazing and culturally significant if it isn’t watched by tens of millions of people. Or is it more akin to watching a football game behind closed doors, in a stadium with no spectators?

I may be too young for Bonanza and Gunsmoke in the 1960s, but I do recall experiencing the “appointment television” of the 1990s, with shows like Seinfeld and ER, the last generation of TV hits that could routinely pull together more people in front of their screens than a football game. Those shows were terrific, but a big part of what made the experience of them terrific was that we shared them. I am talking less about watching with a few friends (we can still do that with our streaming favorites) and more about the shared anticipation and reliving of jokes and dramas—with people at school or work, but also in the larger culture.

Watching For All Mankind makes me nostalgic not only for the days when we could all watch such a show together. It also makes me nostalgic for a time when Americans had a reflexive belief in the future. Without giving much away, For All Mankind’s opening premise is that the Soviets beat us to the moon (but just barely), and from there on, the show playfully weaves together actual, and alternative, history.

As it turns out, we serendipitously published a poignant look back on the 50th anniversary of the space shuttle program on the day I watched the For All Mankind season two finale.  In her beautifully written article, Margaret Lazarus Dean talks about the space shuttle era that followed the heroic Gemini and Apollo programs as NASA’s “era of compromise.”  President Nixon, Margaret writes, awkwardly welcomed the last astronauts to have walked on the moon by observing that “the great excitement of the first space experiments has receded.”  He soon thereafter announced the launch of the space shuttle program as a means of “revolutionizing transportation into near space, by routinizing it.” Margaret calls this the moment space policy in our country went from “We choose to go to the moon” to “This is all we can afford right now.”

In a sense, we have been living the alternative history, as what we see transpire in the 1980s and in the 1990s in For All Mankind is more along the lines of the original goals, timelines, and promise of the space program. This isn’t to say that the show naively posits that what Nixon described as that “great excitement” for experiments sustained itself indefinitely, regardless of cost and political pressures. There is plenty of fretting about budgets and the need to make space exploration self-sustaining, but in the end, what keeps the drive and investment going is the early militarization of space, and the fact that it became another front in the Cold War (the first sight of guns on the moon is a shocking one, like a violation of some unspoken code of what can and can’t be shown on TV).

That leads to a bittersweet realization, that perhaps the curtailing of our space ambitions in the last few decades was a blessing of sorts, reflecting that neither orbiting space stations nor lunar bases nor getting to Mars became Pentagon priorities because of Apollo’s success. Now, with all the investment and excitement around private space exploration, and NASA’s Artemis program about to take off, we are entering into what promises to be a more exciting chapter in space exploration, one for which For All Mankind offers a cautionary tale and pressing questions: How can we sustain the interest in space exploration absent great power conflict up there?  Can we have the benefits of one without the perils of the other?

Think about that, and let’s discuss—but first I need to go watch season three. 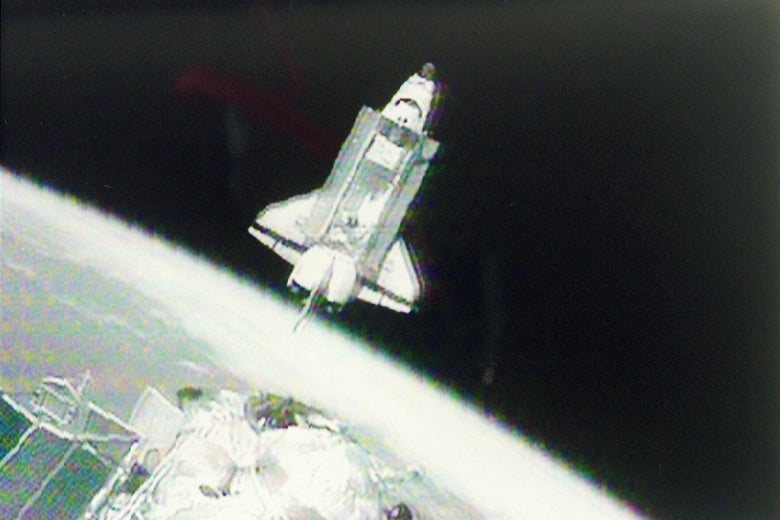 How American Spaceflight Entered Its Era of Compromise 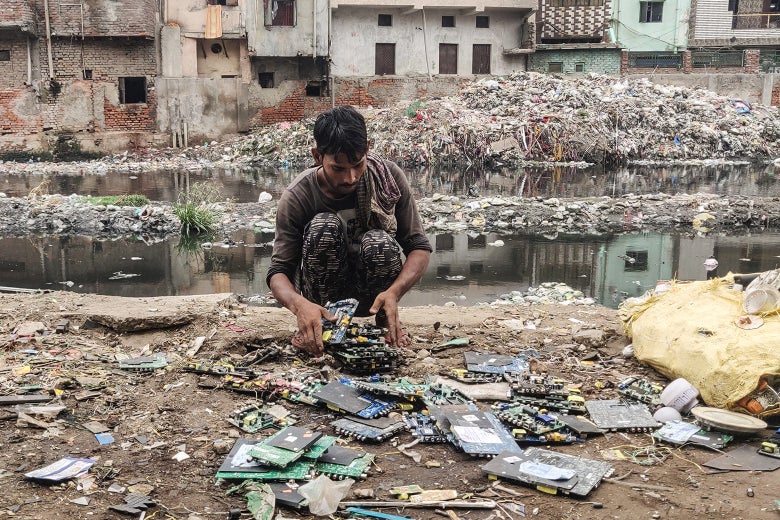 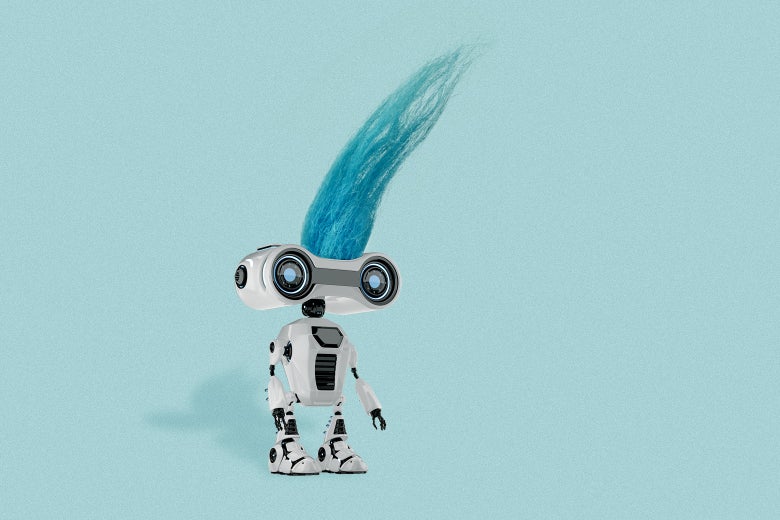 Someone Trained an A.I. With 4chan. Yes, It Could Get Even Worse. 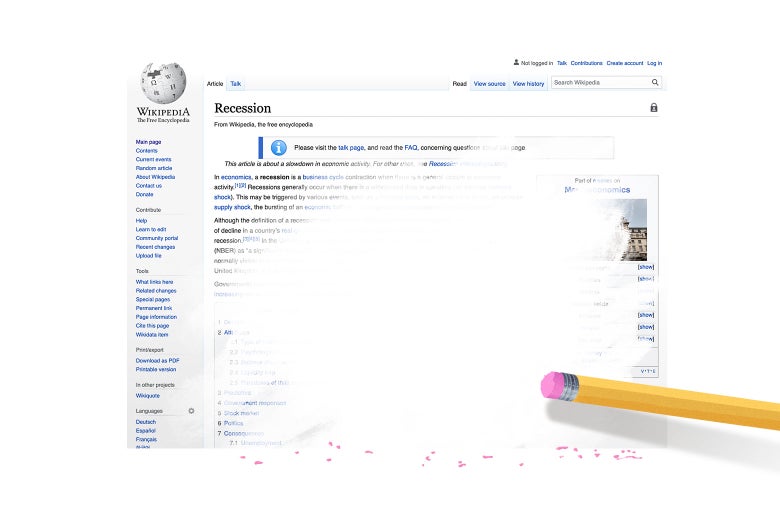 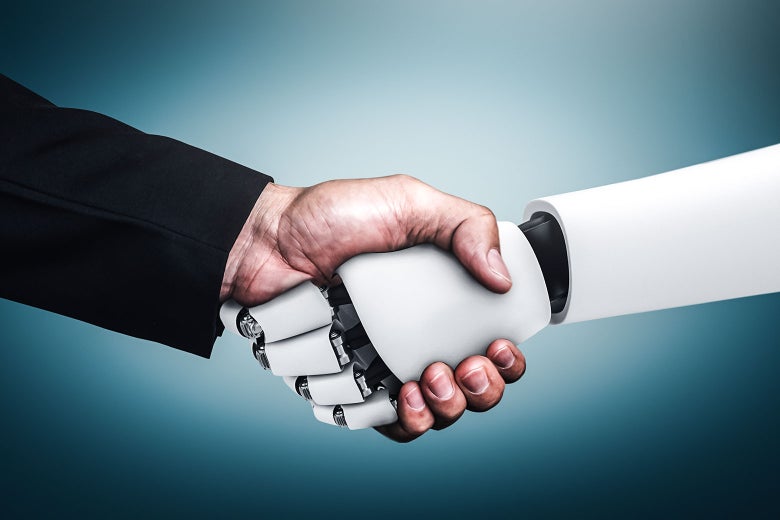 What Lawyer Would Represent an A.I. in Court? Me. 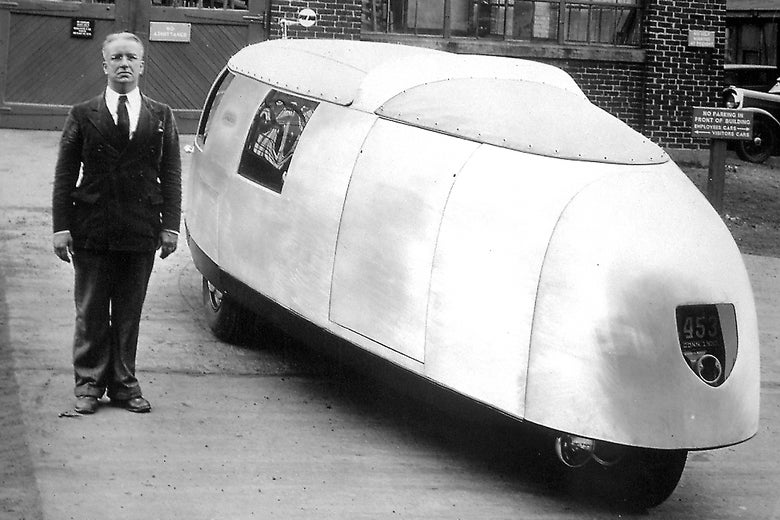 The Dramatic Failure of Buckminster Fuller’s “Car of the Future”

July’s short story, “All That Burns Unseen,” follows Vaughn, a government employee charged with collecting air quality data during extreme wildfires. But this time, Vaughn is in search of something else—her father, whom she hasn´t heard from in three days and whose house is in the blaze zone. The story, written by scientist and speculative fiction author Premee Mohamed, has a little bit of everything: family drama, work drama, and a chemical-spraying, firefighting drone. In the response essay, journalist Meg Duff, who regularly covers wildfires, gives us a behind-the-scenes look at some of the firefighting chemicals used in the story—and what they mean for the future of fire management.

“Five Sci-Fi Classics, One Summer: How 1982 Shaped Our Present,” by Adam Nayman, the New York Times.

I am enjoying/suffering through All or Nothing: Arsenal—and if you are not a diehard “Gunner” fan, you can enjoy this behind-the-scenes look at the London soccer club in the world’s most followed sports league without any of the suffering that comes with being too invested in the team. What is most immediately striking is just how young some of these players are (two of the stars are the same age as our college sophomore athletes) and how diverse and cosmopolitan their locker room is. But the show is mostly about leadership and coaching, with young Mikel Arteta’s sensitive approach getting mixed reviews. Arteta has expressed admiration for Ted Lasso, and an episode or two in, you’ll be wondering if this is just Arteta being Arteta or if Jason Sudeikis’ character might actually be influencing how professional athletes are managed in the real world.

On Friday’s episode of Slate’s technology podcast, guest host Sonari Glinton spoke with Texas Monthly’s Russell Gold about how crypto mining is threatening his state’s power grid. Sunday, Sonari will interview journalist John Semley on the race to commercialize psychedelic therapies for mental health. Last week, guest host Emily Peck asked Conor Dougherty, an economics reporter at the New York Times, whether we’ll ever be able to fix the housing shortage across the U.S. Emily also spoke with Zain Rizvi, a researcher for the advocacy group Public Citizen, about what happens when intellectual property rights get in the way of public health.

The 1985 movie Real Genius, starring Val Kilmer, is a goofy romp about brilliant college students making lasers, filling their dorm with ice so they can sled down the stairs, and generally causing mayhem. But it’s also a movie about responsible innovation—about why scientists shouldn’t unleash new technologies on the world without thinking about the dangers they pose.

Grab some popcorn and join us on Aug. 22 to watch the Cold War-era film and discuss its lessons with Future Tense editor Torie Bosch. The event is free and open to the public; register here!