For the first few days, I ignored the teeny bugs crawling around my bathroom window sill at night. There were never more than three or four of them, and as a long-time entomophobe, I’ve been trying to coach myself to live alongside insects.

Then, one night when I was home alone, I couldn’t lie to myself anymore. No longer was I sharing the bathroom with a few wayward critters. A couple dozen were hanging around, some of them out exploring while a group of them clustered together like they were having a team meeting. My first thought: These are baby cockroaches. Now we have to sell the house.

But then I remembered my smartphone. I searched for and quickly downloaded Picture Insect, an app that promises to identify bugs. (It costs $29.99 per year after a free trial.) The logo is a pretty illustration of a butterfly, but I needed it to ID something ugly. My hands may have been steady as I fired up the app and aimed the camera at the bugs, but my brain was trembling.

The result: springtails. An adorable name for a teensy little insect that can hop in astounding ways. They’re attracted to moisture and are generally harmless, though they still creep me out.

It was a relief. Getting rid of them for good could be a pain, maybe an expensive one, but it’s not catastrophic like cockroaches would have been. (Got tips for me? Please don’t email or tweet them to me because I am still trying to pretend this isn’t happening.) In the meantime, I’m keeping my trusty bug vacuum in the bathroom.

I thought about my springtail experience when reading Adrian Chiles’ recent Guardian column “I Almost Downloaded a Pebble-Identifying App—but Some Stones Should Be Left Unturned” (a perfect headline). Chiles writes about becoming dependent on the same kinds of nature apps I’m talking about, but decided he had a problem when he almost downloaded said rock-ID app. The apps were getting in the way of his enjoyment of nature. “If the thirst for a bit of knowledge is slaked in an instant, the fact tends not to stick,” he writes. “Knowledge is wonderful, but wonderment is better. How I miss wonderment. How I miss those pre-app days; the joy of idle, unanswerable, vaguely asked questions such as: ‘Which bird is singing that beautiful song?’ ” Ultimately, he concludes, “the apps will have to go. I want my sense of wonder back.”

I don’t miss the days of wondering what was crawling in my bathroom. But the good news is that the “facts” these apps offer are not unequivocal answers—instead, they’re unreliable enough that they should whet your sense of wonder, not quench it.

Home ownership, for me, has been all about ID apps: apps to identify the birds, plants, and now bugs that I’m coming into regular contact with after living my entire adult life in an apartment. The plants that began emerging from our empty garden beds in the spring? I’ve been using PictureThis to ID them (though now iOS offers an in-camera option to identify plants). Birds flying and singing around while I sit in the backyard? Cornell’s Merlin Bird ID is brilliant at identifying birds by image and by song. Like Picture Insect, PictureThis costs $29.99 per year, which feels outrageous now that I know there are free options—most notably iNaturalist, which says it can identify mushrooms, bugs, plans, and more. Even iOS offers something like it now, with Visual Lookup, which can name dog breeds, plants, even art.

At least these apps all say they can do these things.

A recent paper in Arboculture and Urban Forestry tested six apps’ performance on identifying 55 trees based on leaf and bark images and found, according to the abstract, that “Of the 6 apps tested, PictureThis was the most accurate, followed by iNaturalist, with PlantSnap failing to offer consistently accurate identifications. Overall, these apps are much more accurate in identifying leaf photos as compared to bark photos, and while these apps offer accurate identifications to the genus-level, there seems to be little accuracy in successfully identifying photos to the species-level. Conclusions: While these apps cannot replace traditional field identification, they can be used with high confidence as a tool to assist inexperienced or unsure arborists, foresters, or ecologists by helping to refine the pool of possible species for further identification.” Another study found that PictureThis worked better than other apps at identifying 17 toxic plants, but it still wasn’t exactly great, IDing 59 percent of them correctly. A 2020 study that did not include PictureThis found a wide range of efficacy for these apps on British plants, ranging from an average 69.8 percent success for Plant.id to 13.4 percent for iPlant.

Merlin Bird ID—which uses enormous databases of images and sounds submitted by users—is quite popular with birders, and with schools. My almost-9-year-old niece Fiona’s science class often uses it; she and her friends even made up a little jingle for it. (It goes: “Merlin Bird ID. [Clap, clap.] Thanks for using me. [Clap, clap.]”) The app appears fairly accurate so long as the sound or image is clear. (Lots of background noise will definitely confuse it.) One common complaint I’ve found is that it doesn’t include a confidence rating, which is something that all of these apps should try to integrate.

Picture Insect worked for me during my hour of horror, as confirmed by an exterminator, but it seems that those who know their bugs aren’t quite as impressed. On the Reddit sub r/entomology (who are these people who opt into looking at bugs? For fun?), one poster notes that Picture ID brags that it can identify about 4,000 species of insect—which sounds enormous until you remember there are more than 900,000 insect species in the world. The user also tested it out and found some poor results: “One of my harvestman photos was IDed as a jumping spider, one as a termite, and another one as a crane fly.” (A harvestman is what I would call, in terror, a daddy long legs.) “Some of the IDs I got are worse than blind guesses. … Also, the taxonomy seems to be nonsense,” they continued.

And it’s true that I’ve had some failures: The app once labeled a springtail a deer tick for me. The plant app, similarly, has had some wins—the mysterious green things shooting out of a bed in our front lawn early this spring were daffodils—and Merlin got a robin and house sparrow correct recently. (I think? I really don’t know my birds.) But springtails, robins, daffodils—those are the low-hanging fruit of the ID world, necessary only for someone like me who is a little scared of nature. The rule for ID apps, then, should be: Use only for entertainment and idle interest purposes. Or, more specifically based on that toxic-plant study: Do not eat anything just because a plant ID app doesn’t say it’s toxic. 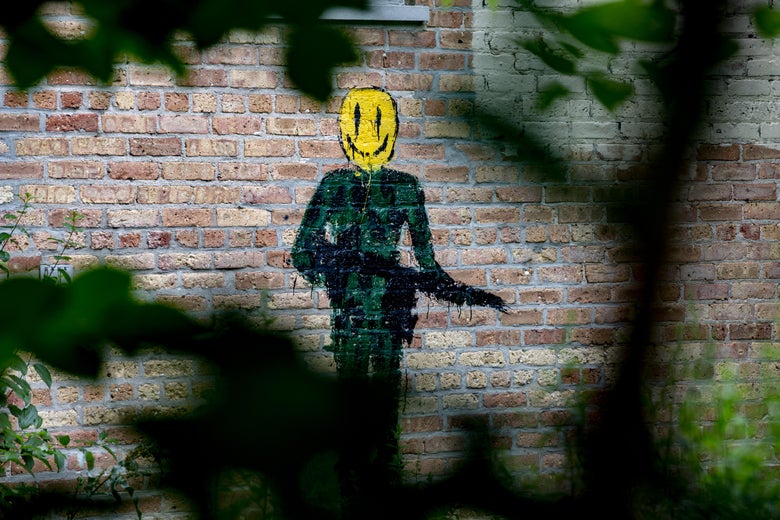 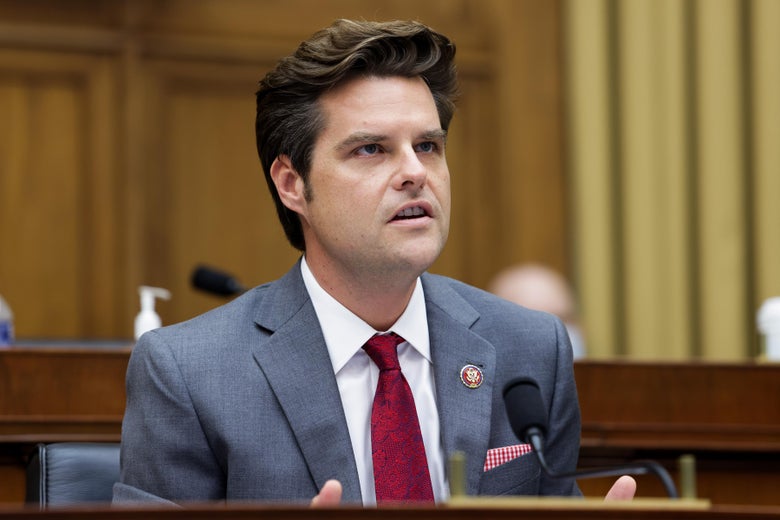 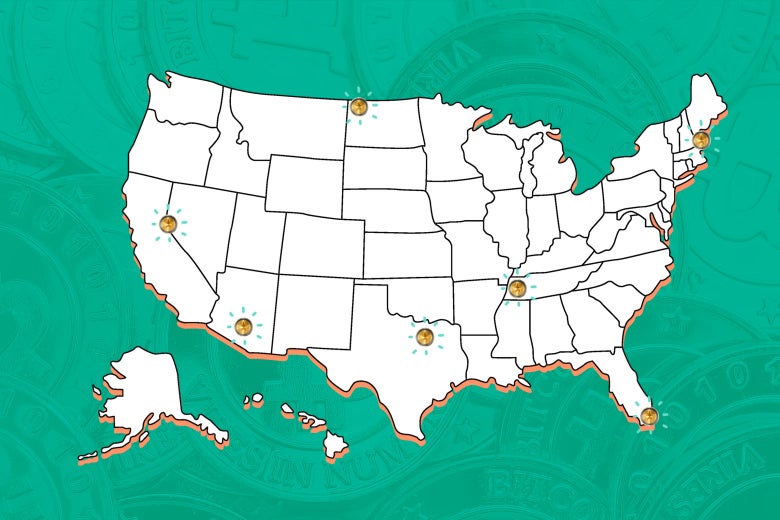 The U.S. Cities That Still Think Cryptocurrency Is a Good Idea 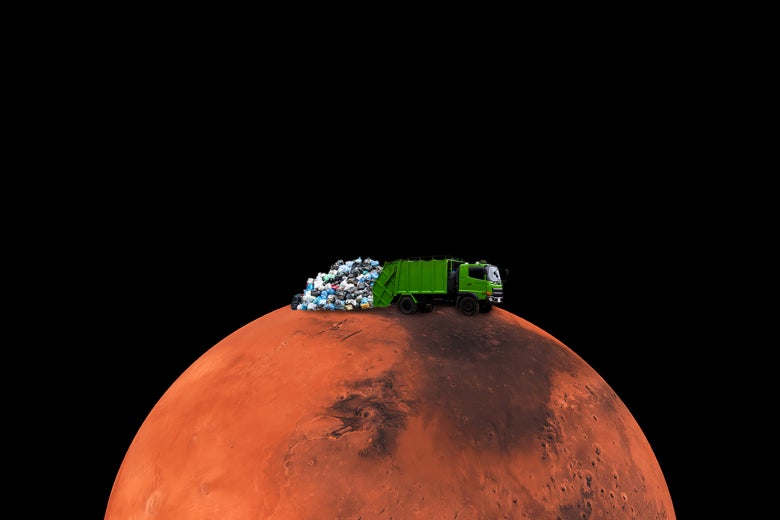 Want to Colonize Mars? What’s Your Plan for Trash? 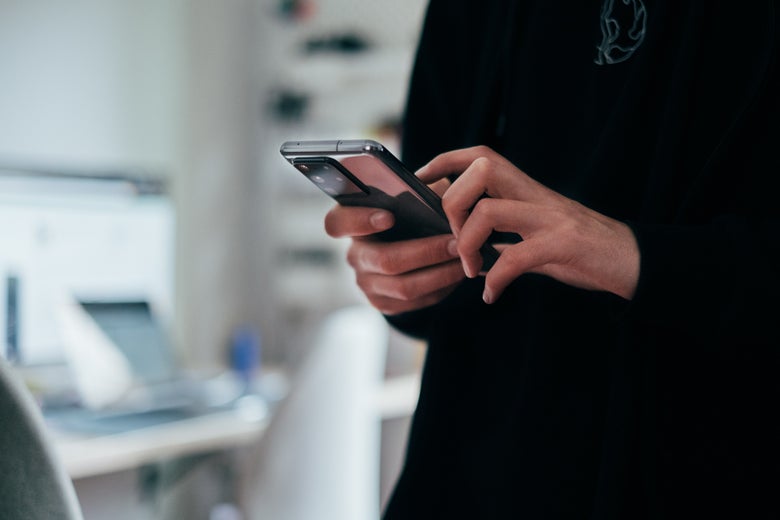 Abortion Bans Are Going to Make Stalkerware Even More Dangerous 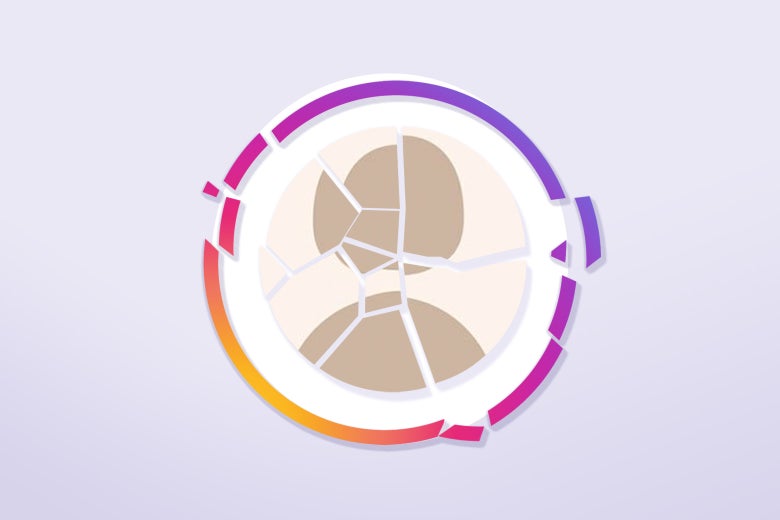 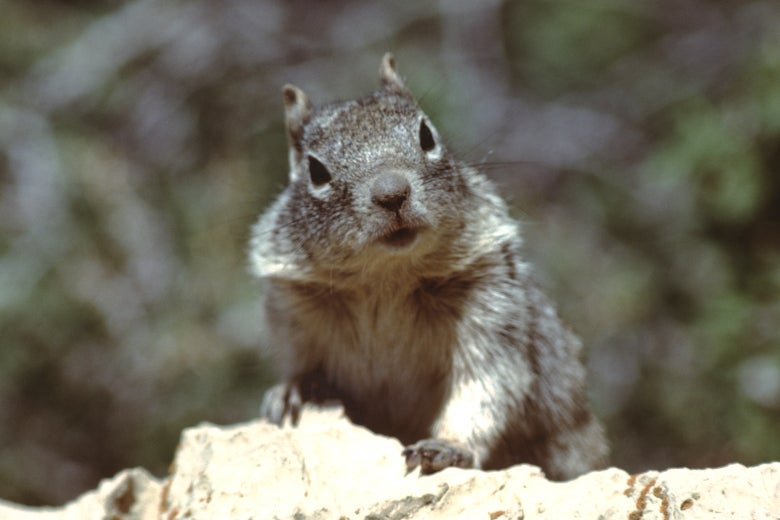 What’s Behind Squirrels’ Reign of Terror in National Parks? 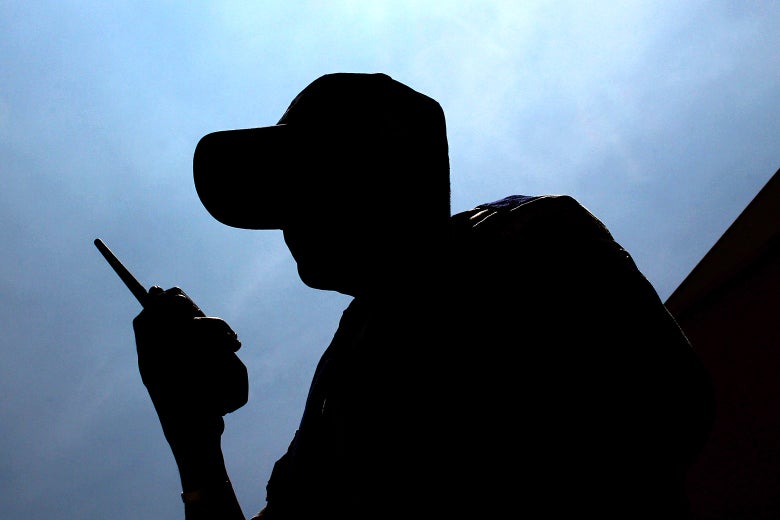 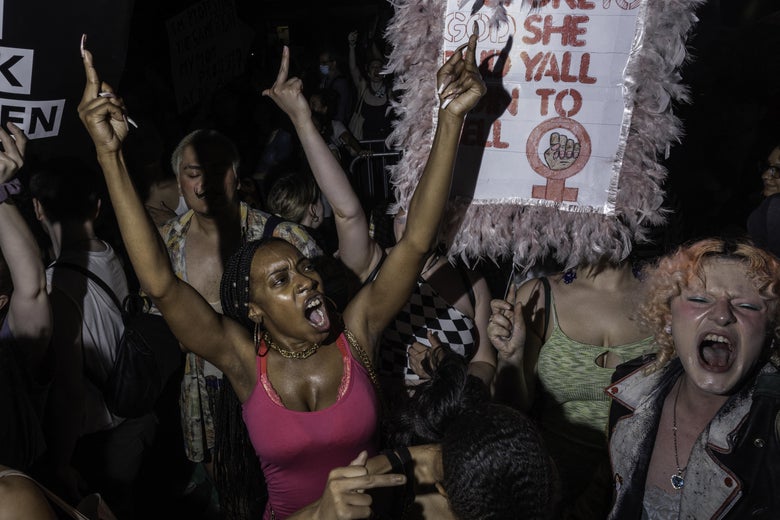 “The Loneliness of the Junior College Esports Coach,” by Brendan I. Koerner

NBC News’ highly bingeable podcast Truthers: Tiffany Dover Is Dead*, hosted by senior reporter Brandy Zadrozny, examines the conspiracy theory that began when a nurse at a hospital in Tennessee got her first shot of the Pfizer COVID vaccine in late 2020. News cameras were there to livestream the event as Dover and her colleagues received their vaccines, but they also caught Dover fainting. Though she recovered quickly, conspiracy theorists began to claim that she had died and that the hospital, and the government, were covering it up. Zadrozny, who has long covered misinformation and the internet, traces the conspiracy theory and its ultimate consequences.

On Friday’s episode of Slate’s technology podcast, host Lizzie O’Leary interviewed former FEMA Administrator Craig Fugate about whether the agency can keep up with climate change—and why you really need flood insurance. Last week, Lizzie interviewed cybersecurity expert Josephine Wolff about recent changes to how the Department of Justice prosecutes hacking, and guest host Mary C. Curtis talked to Lindsay Lee Wallace about her recent State of Mind article on the challenges facing mental health care workers on TikTok. Tune in on Sunday, when Lizzie will speak with Rachel Gutman-Wei of the Atlantic about why some people—including Anthony Fauci and Lizzie herself—have developed rebound COVID infections after taking Paxlovid.