Twenty years ago, we had no Facebook. No Twitter. No Instagram. We had no LinkedIn, no YouTube, no Skype, no Snapchat. Flickr, Reddit, Quora, Twitch, Vine, Discord, TikTok, and Clubhouse also all remained in the future. And yet somehow back then in the benighted year of 2002, despite lacking all these platforms, Americans already enjoyed freedom of speech (and had for two-and-a-quarter centuries!) and felt connected to one another, and to plenty of information and opinion. Heck, experts now claim our civic discourse was healthier back then.

The above public service announcement, brought to us by our wise, old (and somewhat cranky) friend History, is aimed at getting everyone to calm the [moderated expletive] down.

If Elon Musk does acquire Twitter—and that remains a considerable “if” at this point—that will not mean the end of civilization. It could, at most, mean the end of Twitter, but in the big scheme of things, who cares? There will be other Twitters, and 20 years from now we will chuckle that we spent  weeks hyperventilating over this, much like nowadays it seems laughable that we spent the years immediately preceding 2002 hyperventilating over whether Microsoft should be able to get away with bundling its internet browser with its word processing software. As if our freedoms hung in the balance.

We never seem to appreciate the impermanence of technology—or rather its permanent evolution.

And trust me, whether we want to talk past, present, or future: Twitter is not essential to our way of life.

Nonetheless, there seems to be a different take on Musk’s possible takeover of Twitter for every one of the leveraged $44 billion he and his bankers have pledged to make it happen. And don’t get me wrong, I have avidly read many of these takes. It’s a riveting tale, even if the stakes are relatively low.

The world’s richest man—a man with a surfeit of vision and a deficit of emotional intelligence—has done more than anyone to revive our space exploring ambitions and to make electric cars cool, as Farhad Manjoo reminded us recently. But he’s become obsessed with striking back at both what he considers to be the Inspector Javert in his life and all like-minded irksome nannies telling us to mind our manners.

The Inspector Javert in his mind (and in the upcoming Netflix series?) is of course the Securities and Exchange Commission, which is charged with ensuring that markets work so that the likes of Elon Musk can access capital from the public. And when you pass the proverbial hat in public to raise money, you agree to abide by certain rules of transparency and honesty to prevent you from defrauding unsuspecting investors who bet on your vision. But Musk’s lack of emotional intelligence and egotistical hubris recoils at such petty constraints on his boundless vision, and so as we all know he ran afoul of the SEC in 2018 for impulsive and misleading tweets that pumped up Tesla’s stock price.

Musk’s imagination transformed his breach of corporate governance, and regulators’ response to it, into a free speech cause celebre. Ever since, he has seemingly conflated his plight (as a startup’s founding CEO who made certain commitments in exchange for receiving billions of dollars from strangers) with the plight of neo-Nazis and others barred from mainstream social media platforms for engaging in hate speech or for spreading dangerous disinformation.

Donald Trump, himself a norm-defying victim of platforms’ nettlesome Inspectors Javert, draws inevitable comparisons. The plot thickens, however, because while there are strong parallels between the two men’s personalities, there couldn’t be starker differences in their respective talent and contributions to society when not engaging in tantrums. There is no opportunity cost for Trump being Trump—beneath the public bluster lies nothing more than a third-rate businessman. The opportunity cost for Musk being this version of Musk is hard to overstate, given the potential of what he is building over at Tesla and SpaceX.

Which is one reason why the Twitter deal may yet not happen. He literally has better things to do.

Musk is a world-class troll, and he clearly enjoys trolling Twitter, so much so that he couldn’t stop doing it even when it was a condition of his joining the board earlier this month; and he can’t stop now when it is a condition of his acquiring the company. The market doesn’t seem to buy that Musk will close the deal: Twitter shares are trading well below his $54 offer price, and the decline in Tesla’s stock price (affecting the collateral on his loans to pull off the takeover) runs the risk of turning what might have started as a trolling prank into a catastrophe for his core asset.

But if Musk does end up taking Twitter private, it will be entertaining to watch the struggle between his inner troll eager to stick it to the Javerts of the world and his inner business genius with a knack for satisfying consumer demands. Already we are being treated to conflicting statements from these two contenders. If Twitter becomes his private concern, Musk will either fix it by improving moderation and curation, making it a less hostile environment for women, people of color, and everyone else who simply wants a harassment-free forum, or he will destroy it, and his investment, by pursuing the cesspool strategy. As Jordan Weissmann wrote for Future Tense, most of us would prefer a Twitter with fewer Nazis, even if it is legal to be a Nazi.

So, all fascinating to watch unfold, but not worth our hyperventilating over. To many of you decrying the fact that Twitter might be taken over by this flawed individual: Weren’t you already decrying how rancid Twitter is to our democracy? And to those of you decrying the idea that such an important media outlet could be privately owned in the first place: Hasn’t it always been so? American capitalism and free speech have long been strong allies. It’s not as if the Washington Post or the New York Times, both products of visionary families who also bulked up by accessing public markets, are state-owned.

Here, then, my unfashionable contribution to the library of Muskian Twitter takes: relax, markets work. If the spitball-firing critic takes control, market forces will incentivize him to put aside his adolescent rants and fix the platform so it can fulfill its long-unrealized potential. If he doesn’t do so, it’s his loss.

And we  move on to the next thing, our freedoms intact. Bottom line: You don’t need Twitter. Twitter needs you. 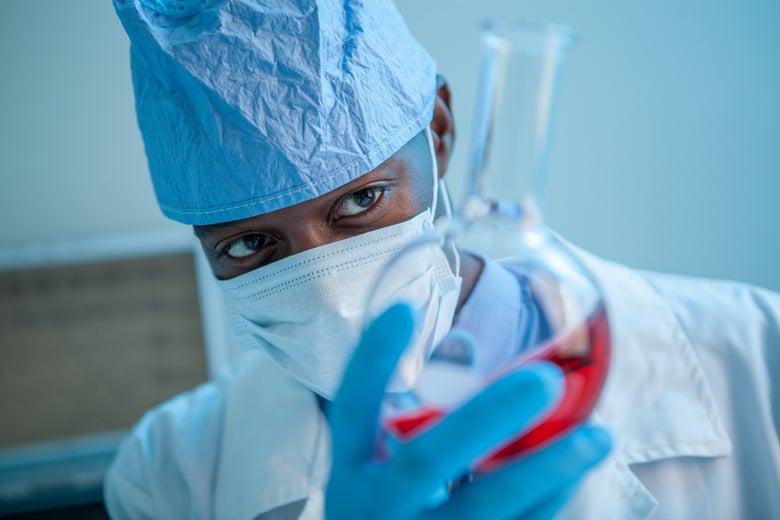 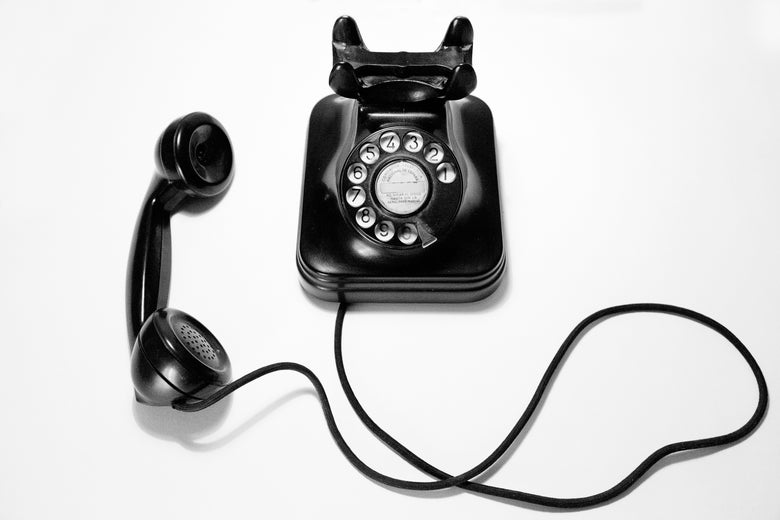 I Have Some Bad News About All the Spam Calls 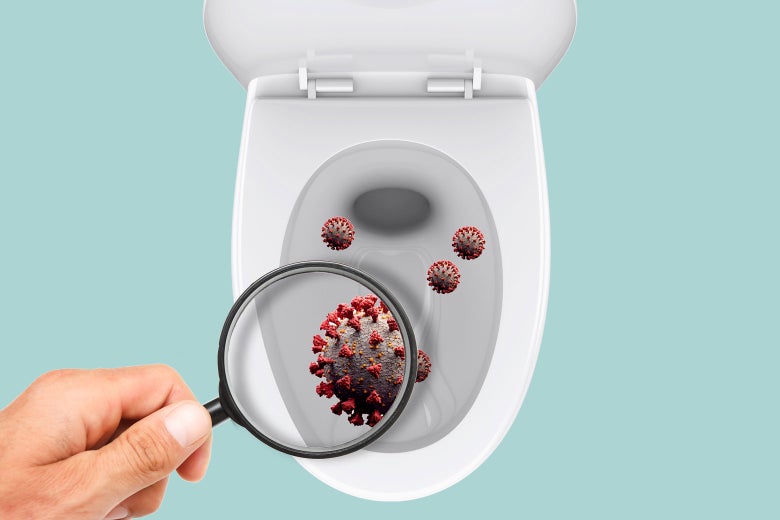 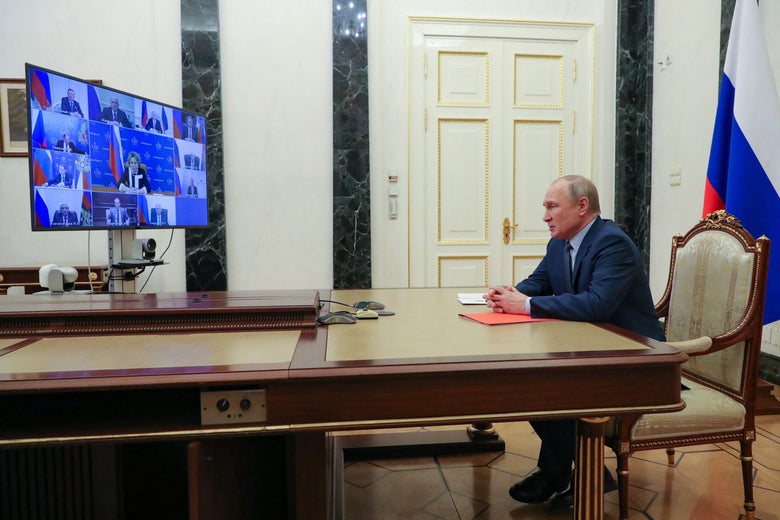 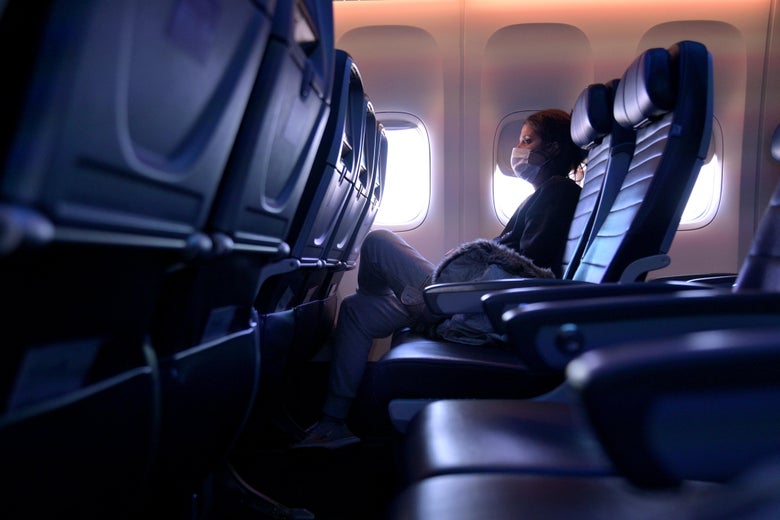 Everything We Know About COVID Transmission on Planes 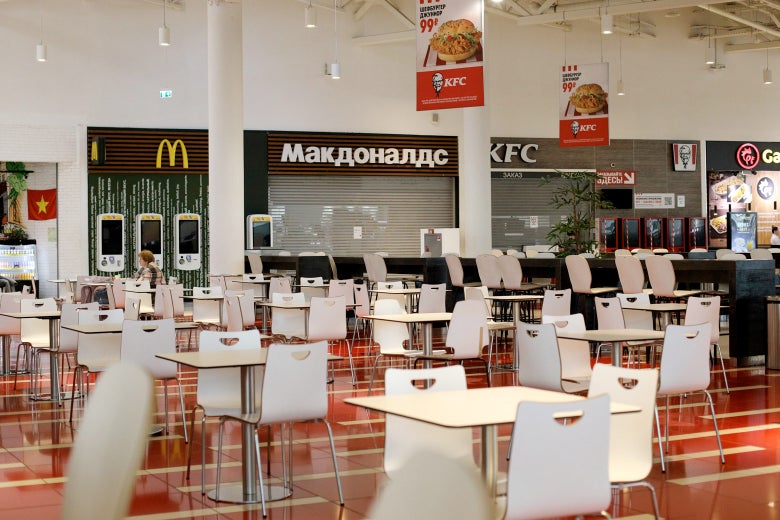 What the Exodus of Western Brands Means for Russian Workers

This is where we normally highlight a book, movie, TV show, or podcast with Future Tense-y themes. But today we’re shouting out a recent must-see event we hosted on April 20 about imagining transportation futures. Transportation Secretary Pete Buttigieg spoke to New America President Paul Butler about what role imagination plays in managing a federal department as sprawling and impactful as the Department of Transportation. Afterward, three of our Future Tense Fiction authors—Annalee Newitz, Linda Nagata, and Tochi Onyebuchi—and Ed Finn of Arizona State University’s Center for Science and the Imagination talked about the value of using sci-fi to think about how we will get around in the future. Watch the full event here.

Speaking of Future Tense Fiction, we have a new story for you today. In “The Woman Who Wanted to Be Trees,” award-winning sci-fi author Cat Rambo weaves together a tale of a generation starship, trees, and memorializing the dead. In the response essay, Tamara Kneese, an expert on digital memorials, writes about how attempts to use technology to re-create the dead are missing something key, as Rambo’s story touches on.

On Friday’s episode of Slate’s technology podcast, guest host Seth Stevenson spoke with the Washington Post’s Will Oremus about Twitter accepting Elon Musk’s bid. Last week, Lizzie O’Leary interviewed the Atlantic’s Katherine J. Wu talked about our new COVID data disaster and Bellingcat’s Aric Toler about how facial recognition made it to the battlefield in Ukraine. Tune in on Sunday when Lizzie will be talking to Meghan Tobin, a reporter at Rest of World, about how the big promises Musk has made about Starlink—a satellite service intended to connect the world—and how they’ve fallen short.

Join us on Wednesday, June 1, at 6 p.m. Eastern for the next installment of our Science Fiction/Real Policy book club, presented in conjunction with Issues in Science and Technology. We’ll be reading All Systems Red by Martha Wells. The novel explores a spacefaring future in which corporate-driven exploratory missions rely heavily on security androids. In Wells’ engaging—at times funny—tale, one such android hacks its own system to attain more autonomy from the humans he is accompanying. The result is a thought-provoking inquiry into the evolving nature of potential human-robot relations. RSVP here.