A few years ago, I was with a group of fellows from the New America think tank (one of the three partners in our Future Tense project) visiting a tech skunk works shop in Singapore. Among the various gizmos the enthusiastic pitchwoman showed off was a teddy bear that could serve as a companion to old folks living alone. The AI-empowered, Bluetooth-connected cuddly creature would provide reminders about medication and alerts back to its minders in the event it was no longer being hugged on demand.

There are many such products and efforts now being deployed that use technology to alleviate loneliness and assist older adults with mild dementia, and give caregivers and loved ones some remote monitoring, for everyone’s peace of mind.

But unfortunately for the Singaporean host walking us through the showroom that day, the concept was still fairly novel, and her audience were not investors or caregivers looking for reinforcements, but a group of privacy-obsessed tech policy geeks from D.C. She had unknowingly, you’ll have to pardon me, fed the bear. Who would be compiling all these patients’ data, and what would be done with it? What level of disclosure would be made to these elderly people about the furry trojan spies in their midst? Could they opt out? We could have saved ourselves a lot of time by merely asking her, “How dare you?” (even though she had played no role in designing the product).

Several of us stayed on the sidelines, though, and didn’t say much. In my case, I wasn’t really thinking about whatever Singaporean health authorities would be tracking grandma’s every move and mood, and what they might do with their gained knowledge. I was just thinking how great it would be for my mother to have such a bear cutely imploring her to take her meds and letting me know how she was doing. She had recently been diagnosed with Alzheimer’s. She was also a proud and stubbornly independent woman not keen on having nurses or caregivers dropping in on her and being in her business. Oh, and she really missed having pets.

That’s the thing about technology and its tradeoffs, particularly our perennial navigating between the shoals of convenience, security, and privacy. We weigh them differently depending not only on who we are, but where we are in the moment, in terms of our uppermost apprehensions and needs.  Five years earlier, I might have been piling onto my colleagues’ privacy-centric questions.

The fact that some of us might find it as reassuring as others find it alarming that we are all being tracked like never before is the theme of “The Wait,” our powerful Future Tense Fiction story published last week, written by one of Mexico’s most talented young writers, Andrea Chapela. The story largely takes place within the dreary confines of Chapela’s imagined National Institute of Citizen Registration and Geolocation, and features a woman from the state of Michoacán coming to the capital to learn the whereabouts of her brother, whose tracking pin ceased pinging his location months earlier.

Much of the palpable anxiety in Chapela’s tale arises from the ambiguities of technology’s tradeoffs. Despairing at the disappearance of so many of its citizens, Mexican civil society in “The Wait” had clamored for a foolproof surveillance system predicated on a mandatory tracking chip implanted in everyone’s wrist. Victor, the young man gone missing in the tale, long resented the government’s takeover of this surveillance system, but his mother had argued with him about it earlier, as the protagonist recalls:

“Your mother told him he didn’t understand what things had been like before, when she was young and had to share her location with her friends, always telling them where she was going, what she was doing, letting everyone know everything because a girl alone couldn’t be trusted not to end up as another number in the statistics of forced disappearances. Long before the Registry, people had made their own social tracking system to protect one another. Privacy had been a luxury—and a vulnerability—that they’d been willing to sacrifice.”

Is the government part of your problem or part of its solution? Oppressor or protector?  Outgunned by organized crime, or paid off by it?  In places where everything isn’t all black-or-white (most societies, that is, between the extremes of a present-day Norway and a Stalinist Soviet Union), you often don’t know the answers to those questions, and they can change day to day.

Vivette Garcia-Deister, a professor at the Universidad Autonoma de Mexico, wrote the response essay to Chapela’s story, in which she points out that the government responding to calls for more security by increasing surveillance is a recurring theme in a country like Mexico, and one that can leave people more vulnerable in the end.

Commenting on the story, Garcia-Deister writes:

“ ‘When was the last time you saw this person?’ the Registry clerk asks our protagonist. At this point in the story—as is often the case in interactions with figures of authority in too many countries—we do not know, and the story’s protagonist herself doesn’t know, whether the bureaucrat asking the questions is part of the problem or part of the solution. We do not know if the clerk is feigning ignorance, posing probing questions, or acknowledging an information gap in the system.”

Back in our world, of course, the news of the week was not about implanted chips allowing the Mexican government to track us, but about a mobile robot dog named Astro that keeps us company and reports back to Jeff Bezos.

It is the latest of many such AI-powered pets that have come before it, and surely still an early iteration of the many more that will come after it.  I have no doubt that these will be ubiquitous someday. While Astro 1.0 seems very limited in its usefulness, I am heartened that, unlike the Singaporean teddy bear, it comes with cupholders. 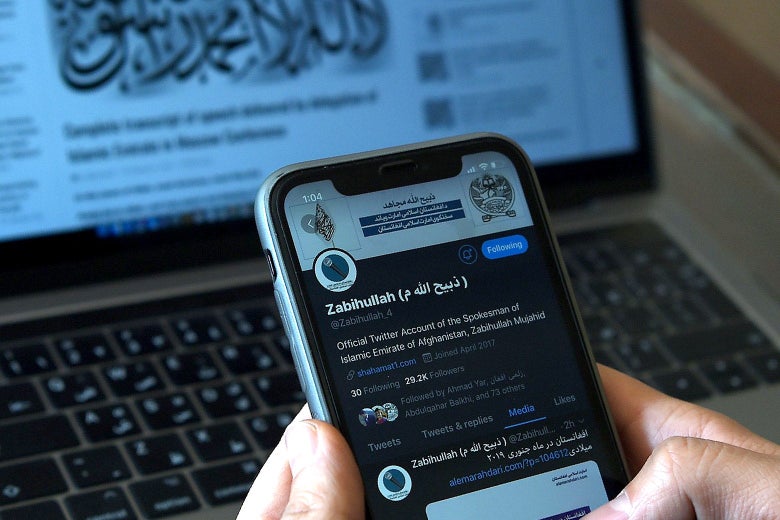 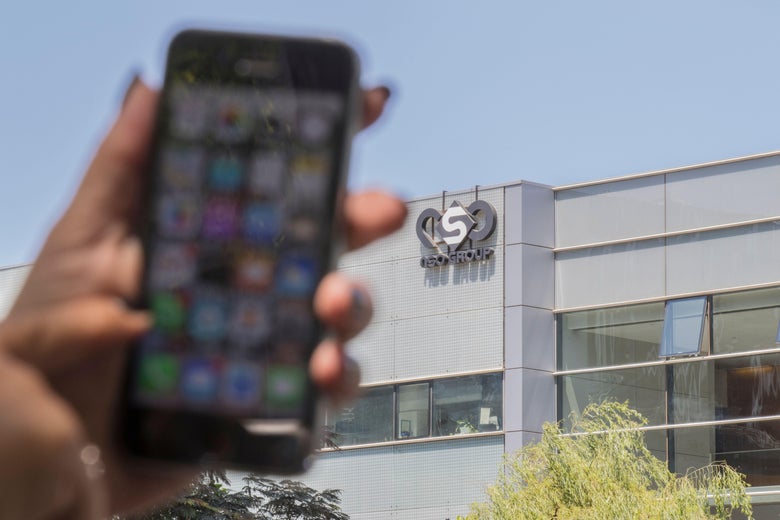 You Really, Really Need to Update Your iPhone and Other Apple Devices 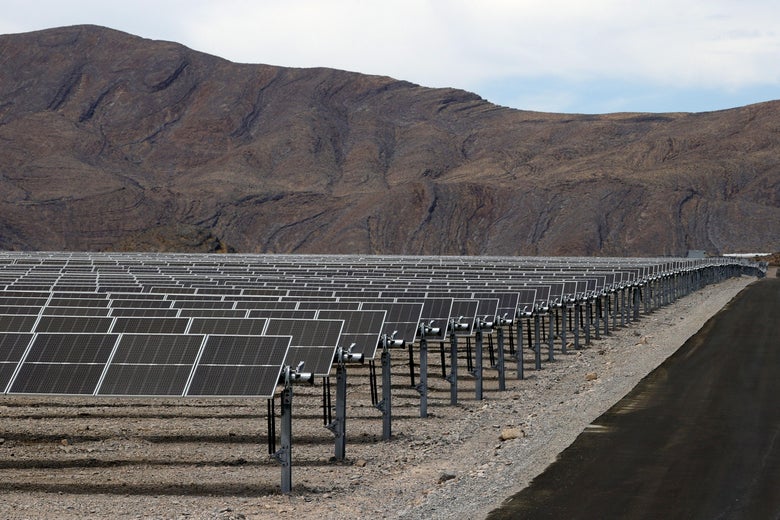 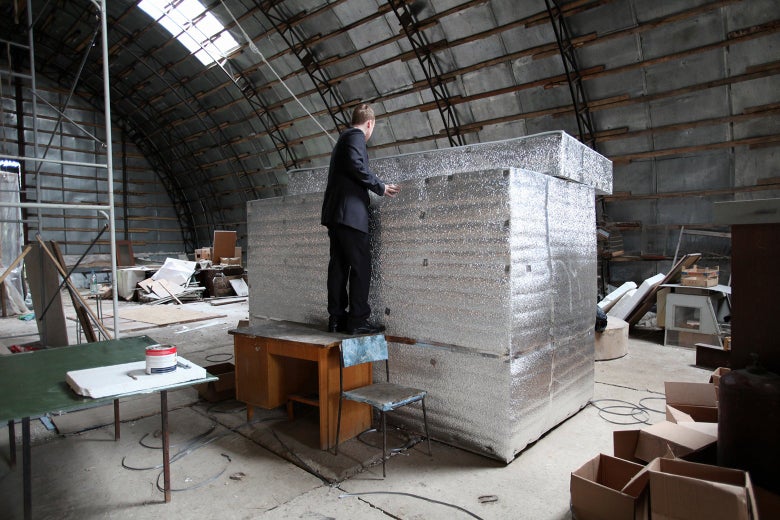 A Divorced Couple Is Fighting Over Frozen Dead Bodies 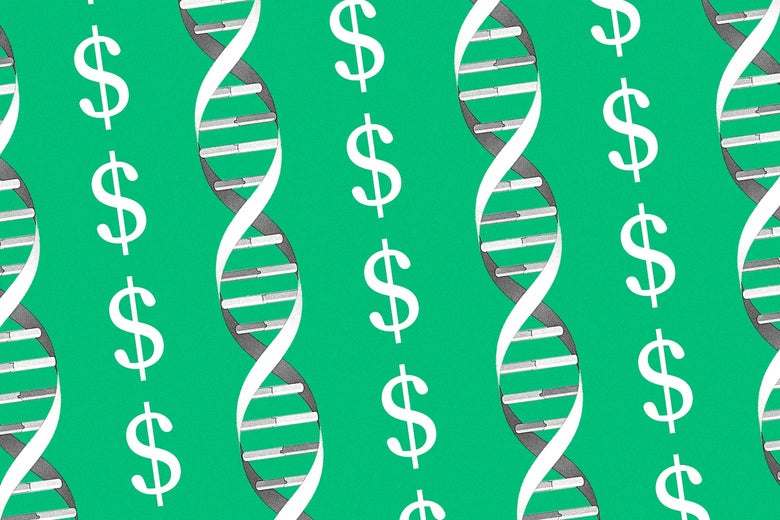 What Does Global Health Justice Look Like With a Seven-Figure Drug?

I never made it to the old Spy Museum that became such an improbable Washington tourist hit, but I recently checked out the imposing two-year-old espionage pavilion south of the National Mall. I was impressed by how the museum’s exhibits manage to connect at different levels with serious history buffs, gee-wiz technology aficionados, students, and (I am guessing here) masters of the trade. Walking through the exhibits, you realize how the entire country’s whole history can be told through an espionage lens, but there is also ample space given to riveting global espionage chapters, such as the breaking of the Enigma code during World War II, postwar Berlin, and post-9/11 surveillance. My son expressed so much interest in the interactives on wartime code-breaking, we decided to watch The Imitation Game the following day. Mission accomplished.

On this week’s episode of Slate’s technology podcast, host Lizzie O’Leary spoke with Wall Street Journal tech reporter Georgia Wells about her recent article examining Facebook’s own research into Instagram’s effect on teenage girls’ mental health. (It was part of the Journal’s blockbuster Facebook Files series.) Last week, Lizzie interviewed Michael Mina, assistant professor of epidemiology at the Harvard T.H. Chan School of Public Health, about how we are continuing to do COVID testing all wrong.

In The Ministry for the Future, selected by Barack Obama as one of his favorite books of 2020, humanity attempts to mitigate the disastrous impacts of global warming in the not-too-distant future. It combines economic and monetary policy, drones, engineering, human struggle, and more. Join us and our partners at Issues in Science and Technology for a lively discussion about the book.