The space race just got personal. Jeff Bezos is scheduled to rocket into space on July 20 (what are you doing for fun this summer?), but Richard Branson hastened to schedule a flight for himself Sunday on his Virgin Galactic VSS Unity spacecraft, within weeks of the company receiving its FAA license to fly commercial passengers. Branson, the most bon vivant among all billionaire action figures, has long relished mixing personal adventure and business, but he claims the proximity of his flight to Bezos’ Blue Origin launch is merely coincidental.

Branson’s Virgin Galactic “suborbital” flight will take him and his crew some 55 miles above sea level, where they will experience a few minutes of weightlessness and gape at the Earth’s curvature. But, as Bezos’ Blue Origin was quick to note, they won’t go beyond the Kármán line, which is 100 kilometers above sea level and attempts to mark where Earth’s atmosphere becomes space. Bezos’ subsequent flight will cross the line, but not by much.

You can see where all this is heading, right?  Plenty of annoying status-conscious space racing. I mean, you pay Virgin $250,000 so you can tell everyone you’ve been to space, and some smartass comes along and snidely tells you, “That’s nice, but someday you should really check out what it’s like to go beyond the Kármán because it is just A-M-A-Z-I-N-G.” And someone else will tell that traveler his joy ride sounds fun, but it’s such a shame they didn’t spring for the overnight to Mars.

I am sure there are equivalent pecking orders and hierarchies of bragging rights when it comes to status-conferring African safaris or Artic cruises, but I wouldn’t know. But hey, I am often upgraded to United Economy Plus, and those extra few inches of legroom are pretty great.

It is remarkable that we don’t have a standard definition of where space begins, as I was reminded of the other day at our community pool in Phoenix. I suddenly noticed that everyone but me was staring up into the sky excitedly saying something about an umbrella. So up I looked, to be mesmerized by the sight of a red umbrella rising jauntily against our stunning late-afternoon backdrop of violet-hued mountains, blue sky, and puffy white clouds. The umbrella was floating so far above, I had no sense whether it was of a handheld one, or a far larger one that might have covered a backyard table.

Among us umbrella gawkers, the inevitable Mary Poppins jokes broke out, along with speculation over whether the umbrella would make it into space. But one of the pool walkers, a retiree from Chicago (is there anyone left back there?), said the umbrella was already “in space.”

Earth’s atmosphere doesn’t end at some line in the sky, demarcated like a county or state line. Rather, it sort of thins out and fades away, gradually. Many scientists agree the Kármán line is as good as any place to proclaim the beginning of “space,” as that is roughly where the atmosphere alone can no longer support flying vessels flying at suborbital speeds.

The U.S. government itself uses different definitions of space in different contexts. NASA and the FAA will award you astronaut wings if you go higher than 50 miles (go Richard!), but NASA Mission Control formally considers the boundary with space to be at 76 miles, or about 14 miles past the Kármán line.

Back on Earth, I asked my teenage son if he’s eager to go to space, and he replied, “Not really. There are plenty of places on earth I’d rather go.”

Which was music to my ears, because flights to New Mexico are a lot cheaper than flights to Kármán-adjacent heights.

New Mexico is also home to Spaceport America, from where Virgin Galactic operates, and while I don’t have a rooting interest in this clash of space-racing billionaire egos (though I am all for them deploying their competitive juices to advance space exploration), I do hope southern New Mexico and west Texas benefit handsomely from what is supposed to be the coming golden commercial space age. It’s my part of the world, and it is in dire need of economic opportunity and investment.

New Mexico invested heavily in developing the Spaceport more than a decade ago, and for much of the time the facility has seemed to be more like a monument to past future aspiration, than a vital hub of the next big thing.

Hopefully that will soon change, and the space obsession of the Bransons of the world starts paying much-needed dividends to the state of New Mexico, and the Spaceport’s nearby city of Las Cruces and the most awesomely named town in America, Truth or Consequences, which is nearest to the facility.

And now, if you all would indulge me, I’d like to add here a personal appeal to Branson as he prepares to go into space: If you come across a red umbrella and can grab it, someone in Phoenix will really appreciate it. 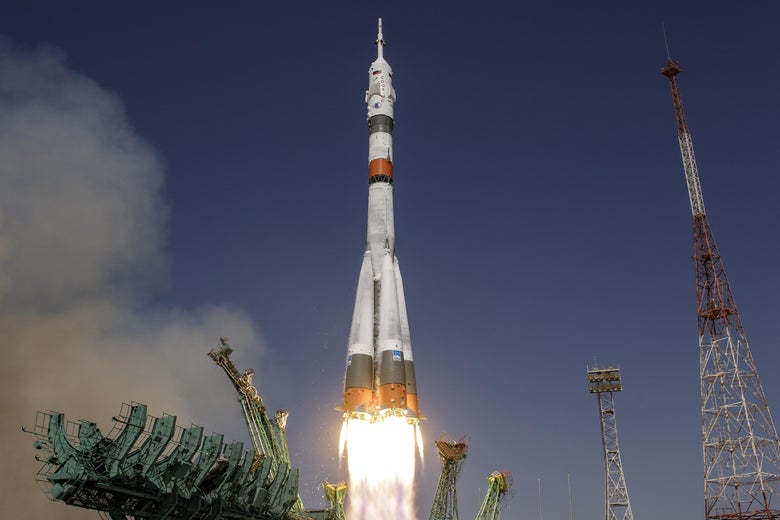 Russia Is Threatening to Leave the International Space Station. Why? 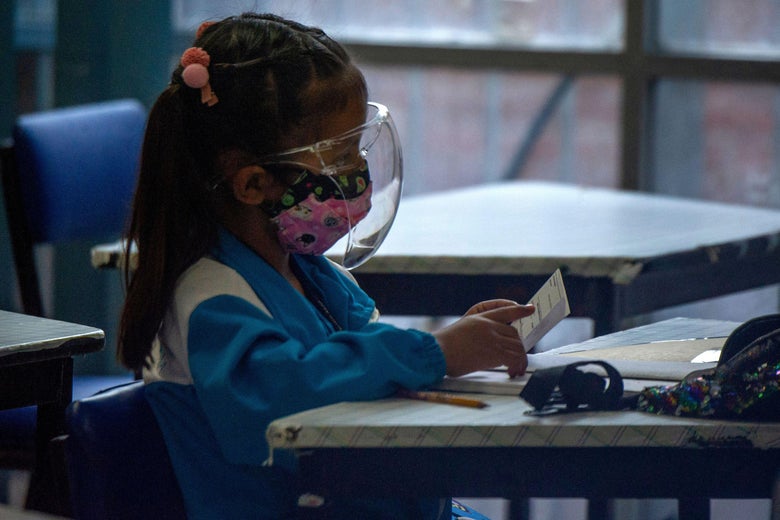 The Damage of Mexico’s Pandemic School Closures Has Been Catastrophic 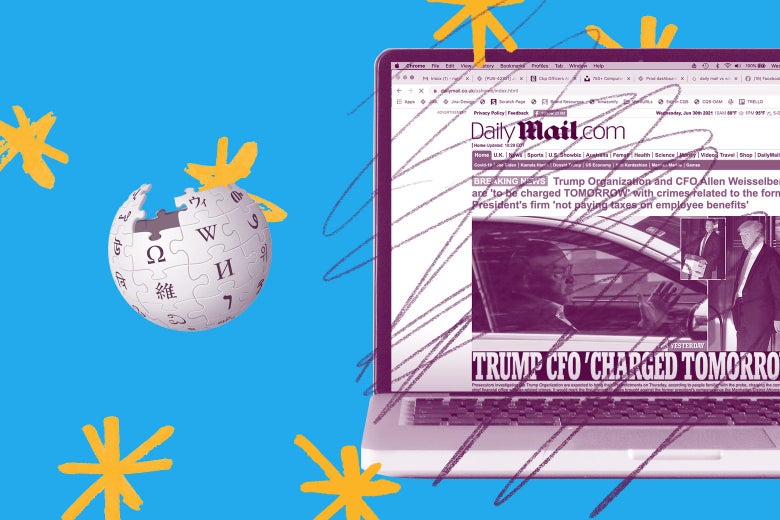 Wikipedia’s War on the Daily Mail 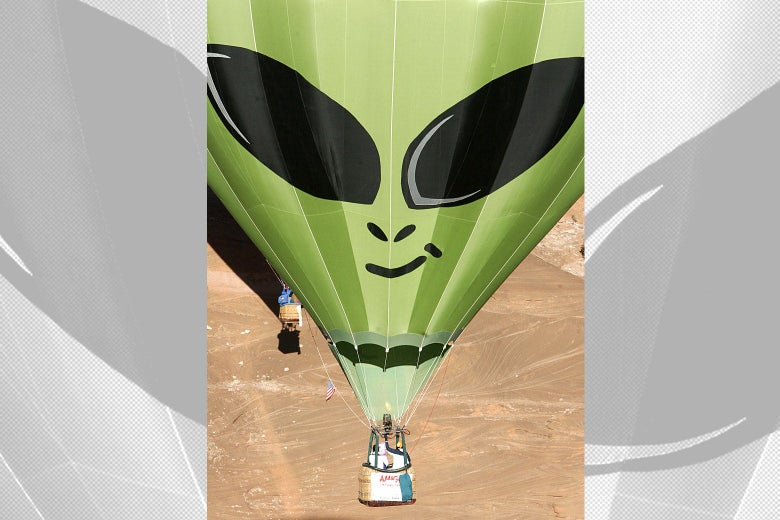 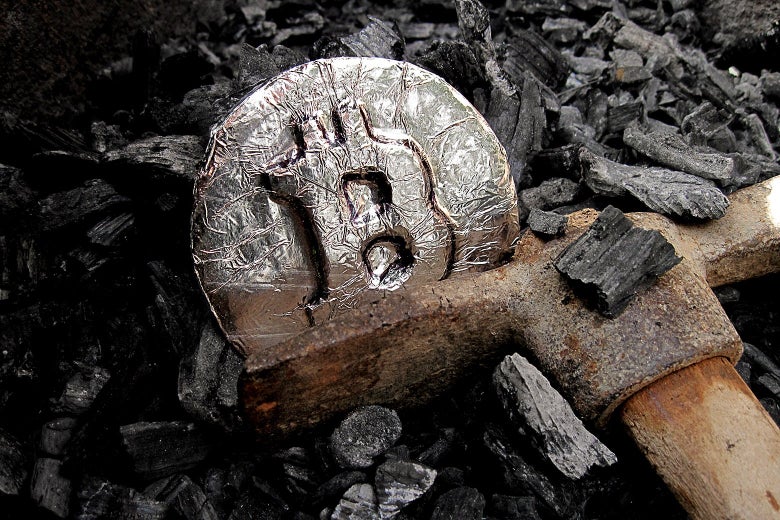 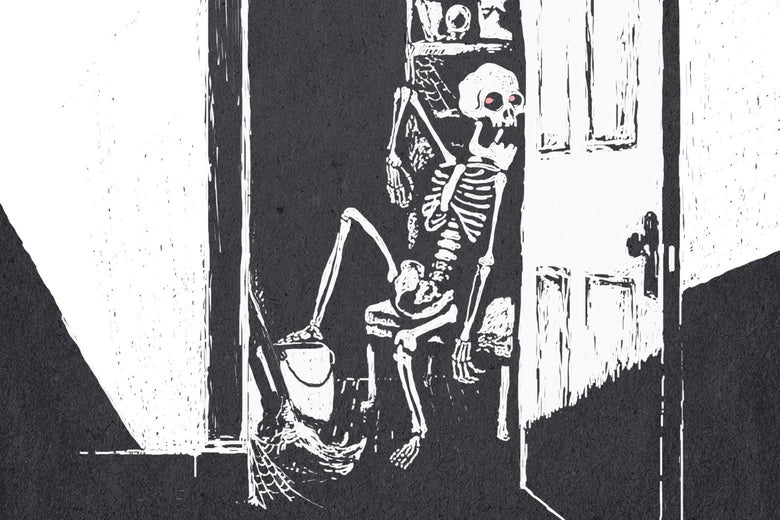 Read a New Short Story About a Haunted House, A.I., and a Rock Star

It’s a timely recommendation, I know, but Nicholas Schmidle’s Test Gods: Virgin Galactic and the Making of the Modern Astronaut would be a fantastic read anytime, about both the new space race and the timeless drive of those who want to push the envelope and take us where we haven’t been before. It’s a thoughtful study of how societies, enterprises, and individuals manage risk. And I can think of few writers as versatile as Schmidle to pull off the trick of writing exuberantly about the technology and thrill of flight in one chapter, and poignantly about the human element in the next (including his own relationship with the subject).

On this week’s episode of Slate’s technology podcast, guest host Henry Grabar talks to Brigid Schulte of New America’s Better Life Lab about whether the pandemic will change office life forever. (New America is a partner with Slate and Arizona State University in Future Tense; Brigid and Henry were on opposing sides of a recent Future Tense debate about whether we should all rush back to the office.) Last week, host Lizzie O’Leary talked to Washington Post national security reporter Shane Harris—a former New American!—about the U.S. government’s recent report on UFOs and why it doesn’t really have anything to do with aliens.