United is fast becoming the airline industry’s most innovative trendsetter. First, it introduced the stroopwafel as its go-to in-flight snack. And now, this week, it followed up that milestone in aviation history with an announcement that it plans (hopes?) to bring back supersonic flight by 2029. United announced it had agreed to buy 15 supersonic “Overture” planes from Denver-based Boom Technology, with an eye toward introducing them into service by 2029. The planes being developed by the start-up founded in 2014 will fly 88 passengers at Mach 1.7, roughly twice the speed of today’s fastest commercial airliners.

But wait, there’s more: Boom claims its planes will be capable of using only sustainable aviation fuel, made from plants or waste.

Don’t expect to book your carbon-neutral three-and-a-half-hour flight to London anytime too soon; this isn’t quite a supersonic stroopwafel in hand. Not yet. The deal between United and Boom comes with a huge asterisk that conditions the transaction on Boom turning what’s still a concept into an actual airliner. (Boom says it will fly a scaled-down prototype later in 2021 or in 2022.)

In 2016, we at Future Tense held an event in Washington with the rather impatient title of “Why Does It Still Take Five Hours to Fly Cross-Country?!” (Five years on, by the way, it still does.) Boom Chief Executive Blake Scholl was among our speakers that day and promised us all that his company and others could bring back supersonic travel without the crap economics and even crappier environmental profile that doomed the Concorde, which was retired from service nearly 20 years ago. Scholl livened up the discussion among the more world-wary, hardened industry experts, and was accorded the polite encouragement and muted skepticism we afford exuberant teenagers (or Silicon Valley types wielding their talk of disruption) who claim that intractable problems are easily solved.

I noticed in this week’s news coverage that Richard Aboulafia, one of aviation’s top experts as well as a speaker at  our 2016 event, remains deeply skeptical about the prospects of supersonic commercial flight ever making economic sense, and it is noteworthy that Boeing and others have thrown in the towel for now on efforts to develop their own supersonic airliners.

I have no idea whether Boom will deliver for United, if there is a market for such premium high-speed travel, and if it can help aviation become more environmentally sustainable in the process. Clearly people who know far more than I do are deeply skeptical. But Boom has also gained credibility (some fans within the industry, investment, a partnership with Rolls-Royce to develop its propulsion system) since I first heard their pitch at our DC event, and I am resolving to root for them and their ambition.

It isn’t easy; mocking negativity is a more comfortable default for academics and journalists, especially in an age of so much unfounded corporate and political hucksterism. I will confess that upon first seeing news of the United-Boom deal announcement, and all its caveats, I Slacked a colleague: “Maybe we can sell United a time machine we will deliver by 2100, contingent on us figuring out how to make it.”

Rather than excitement about the future, nostalgia, paradoxically, seems the predominant emotion among most aviation and airline industry enthusiasts. I am partial to it myself, geekily following such Facebook groups as “Airliners of the Past” and “US Airlines Past Liveries and Aircraft” (OMG, those Braniff color schemes!” “That lounge on the PSA L-1011!” “Remember when we had both an Eastern and Western Airlines?” “The long-gone days of supersonic speed!”)

We could use some more forward-looking Boom-like enthusiasm and ambition for commercial aviation, as well as across all our modes of physical transportation—even if it means placing some moonshot bets that may not pay off. We expect never-ending innovation in our digital lives (you aren’t expecting your next phone to have a slower processor than your current one, or your next delivery app to offer less convenience than today’s) but expect stagnation or worse in our shared, physical infrastructure.

Even space travel had fallen into a backward-looking, nostalgia-focused funk until the likes of Elon Musk, Richard Branson, and Jeff Bezos reinjected some excitement and hubris into the, um, space. With that comes plenty of eye-rolling hucksterism, sure, but also, over time, progress.

So let’s dream big, not just when it comes to how we’ll get to the moon or Mars, but also to the office from our homes (assuming we’re going back), and across the country and the oceans. And whatever else we do, stick to the stroopwafel.

And in Future Tense’s more recent past: 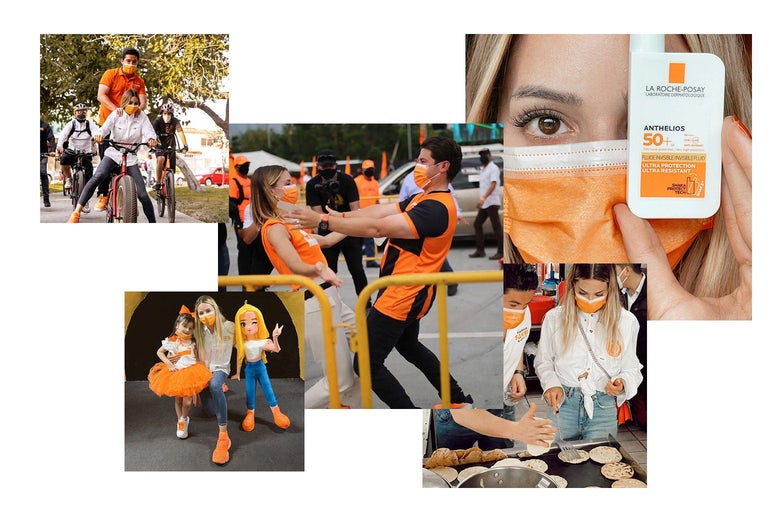 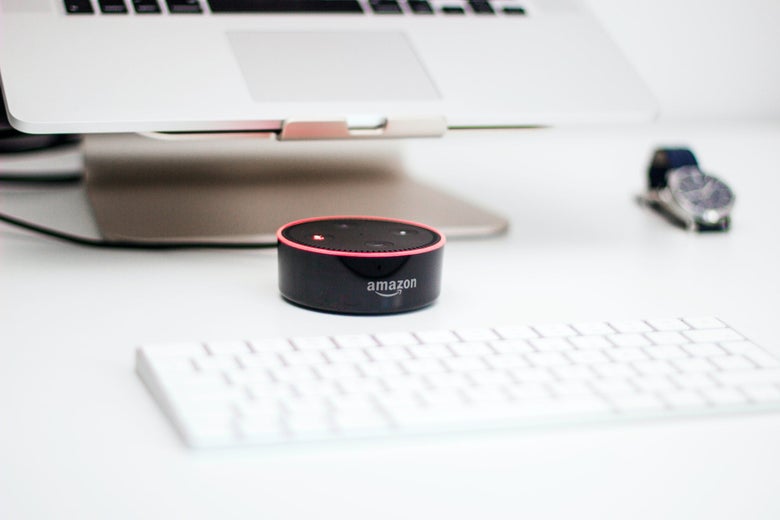 Amazon Wants to Connect Your Smart Speaker and Doorbell With Your Neighbor’s. It’s Actually Pretty Cool! 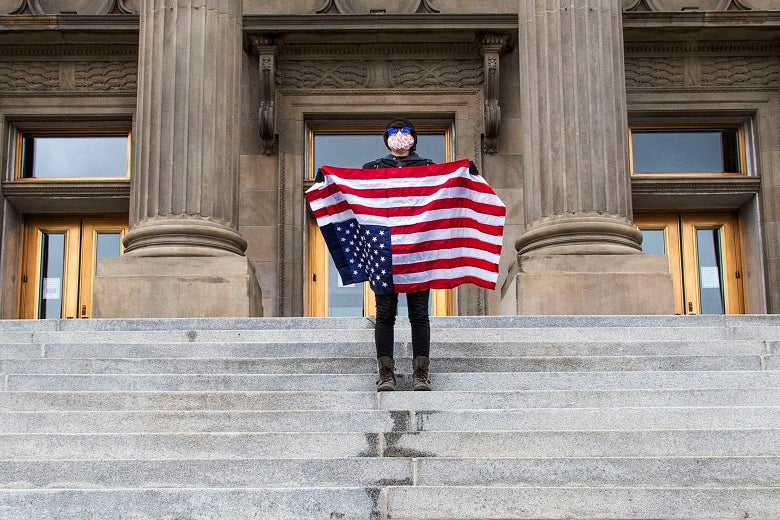 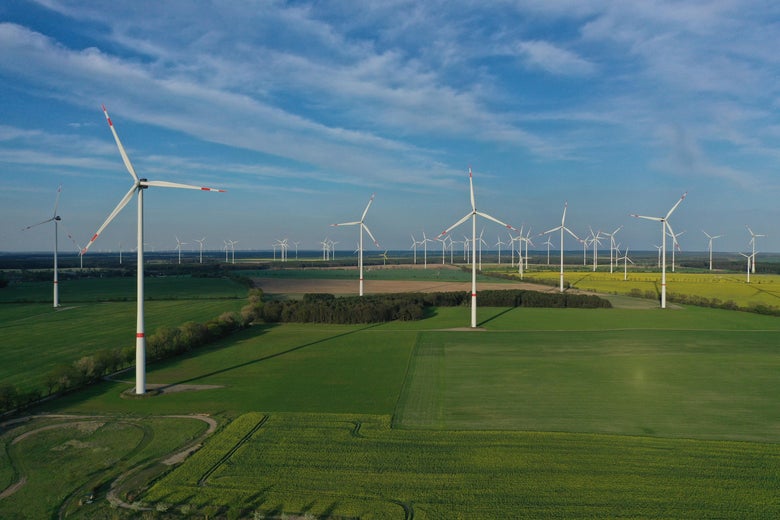 What Germany Can Teach America About Renewable Energy 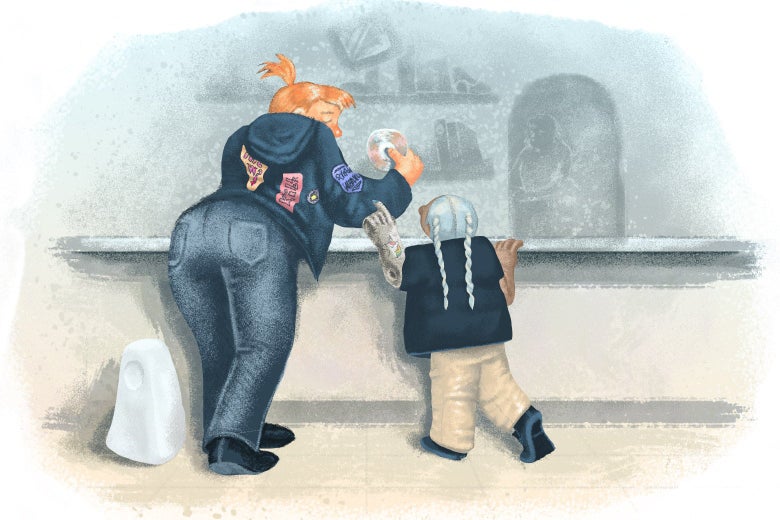 Read a New Short Story About a Life-or-Death Repair

“Gadgets Have Stopped Working Together, and It’s Becoming an Issue,” by Alex Hern, the Guardian

From Riley Davis, our events and research associate:

I haven’t been able to put down Autonomous by Annalee Newitz. Set at the end of the 21st century, in a plague-ravaged Earth where the world’s borders have been redrawn into economic zones and big pharmaceutical companies own all the patents, and many of the people, the storyline follows a pirate named Jack who has dedicated her life to engineering free drugs and distributing them to the people. She’s pursued by an International Property Coalition agent named Eliasz and a robot named Paladin. At its core, Autonomous explores the perilous intersection between late capitalism and personhood. It raises important questions about freedom, love, gender, patent law, geopolitics, and much more. It’s one of those books that you read, put down, read again, and then immediately feel the need to discuss with your friends. (Lucky you, keep reading this newsletter …)

Join us at 12:15 pm on June 16 for the first event of our hybrid futures summer series, where we’ll debate the pros and cons of returning to office life and imagine flexible work policies companies might consider enacting after the pandemic. On the “Let’s go back to the office” side will be Slate staff writer Henry Grabar and Atlantic staff writer Katherine J. Wu; on the “Let’s WFH” side will be Brigid Schulte, director of the Better Life Lab at New America, and Ashley Whillans, associate professor of business administration at the Harvard Business School. RSVP here.

On this week’s episode of Slate’s technology podcast, guest host Henry Grabar talked to Joseph Cox from Vice’s Motherboard about Citizen, the crime app that offered $30,000 for information that would lead to the arrest of a suspected arsonist. Except: They had the wrong guy. On last week’s episode, Lizzie O’Leary and Elizabeth Lopatto, deputy editor at the Verge, discussed the Apple-Epic trial and the future of mobile gaming.