For Christmas 2019, my husband gave me an Apple Watch. I’d been eyeing one for a while, so was thrilled. I had a very specific purpose in mind for it: to use the silent timer while moderating panels or otherwise talking to a group. I hate public speaking but know I need to do it more, and one of my anxieties is around timing—knowing when it’s time to wrap things up or head to Q&A. The Apple Watch seemed to be a perfect solution as I headed into a busy spring 2020.

Then, the pandemic erased any need I had for a silent vibrating timer. I had always been suspicious of fitness wearables—I have a Fitbit in a drawer somewhere that I really should donate—and hadn’t planned to use the Apple Watch for activity tracking. I even considered just sticking it in that mystery drawer and dusting it off when things returned to normal. But slowly, my Apple Watch became my quarantine accountability buddy, or, on days when I felt less enthused about it, my quarantine handcuff. It told me when I needed to stand. It helped me push myself to at least get out and walk for 30 minutes every day. There were times when I was just a little short of my move goal, so I would jump around a bit. I started to get an endorphin rush every time it showed little sparking rings that indicated that I had reached my goals on movement, exercise minutes, and standing. I started staring at my trends in the Fitness app. Once, a little before I started an online Zumba class, I foolishly began updating the watch’s software. I anxiously watched the clock, hoping it would finish in time for me to slap it back on before the class started. If I got 58 minutes of exercise but it wasn’t logged, did it really count?

What was remarkable about this transformation was that I have always loathed emotional manipulation via tech. That’s why I’m a jerk to my Alexa. And in theory, I think behavioral nudges are patronizing, as they try to externalize what should be internal motivation. Why should this gadget tell me that it’s time to stand up? Sometimes I wanted to stay seated out of petulance. But at some point, I found myself happy to be patronized—I even like the Apple Watch’s “You Did It!” when I stand up and move around for a minute after it nudges me to get off the couch. And the privacy violations of having location services on all the time? Well, I don’t love it, but it really isn’t that different from carrying my iPhone all the time (even if I am diligent about turning off location services when not in use).

I thought about all of this when I read an article by L.V. Anderson on Slate this week. Anderson writes about how living alone in the pandemic prompted her to start tracking literally everything in her life. She writes that her tracking was “Ludicrous because every day was, for all intents and purposes, a carbon copy of the day before.” And it’s the same when I look over at my history in the Fitness app—most days I reach all of my goals, making them run into each other. But I think that’s better than the alternative: Without the watch, days still would have run into each other, but at least this way I know I’m moving enough.

Here’s some stories from the recent past of Future Tense. 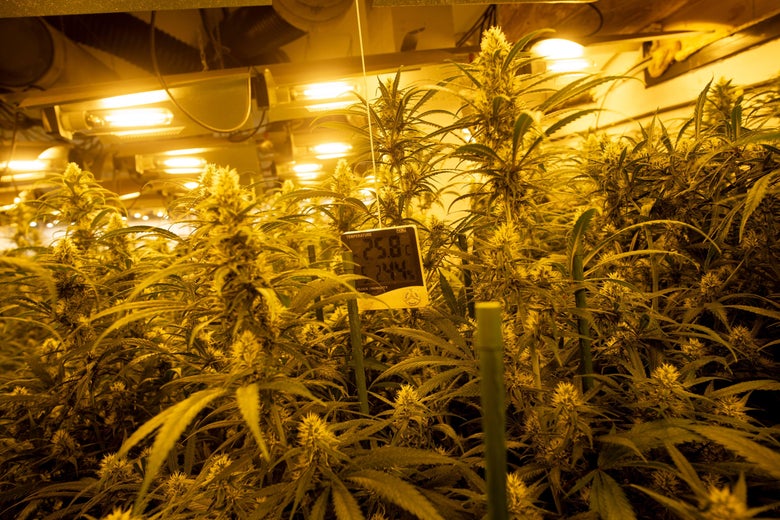 To Make Cannabis Green, We Need to Grow It Outdoors 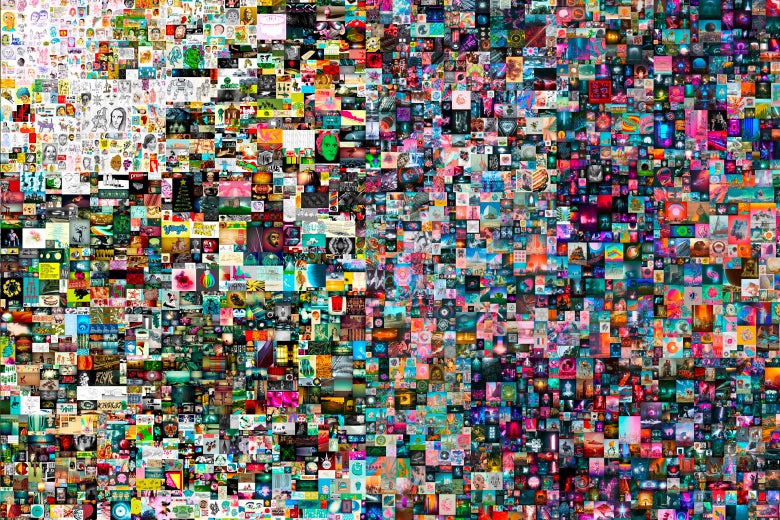 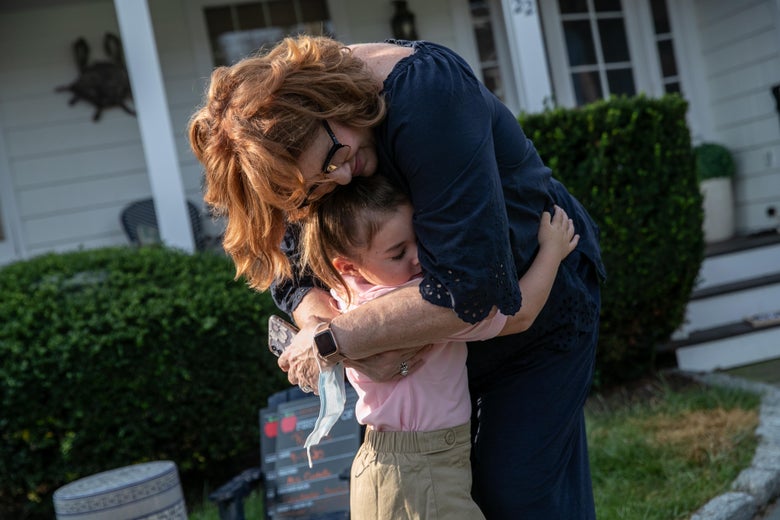 What Can Families Do When Adults Are Vaccinated and Kids Are Not? 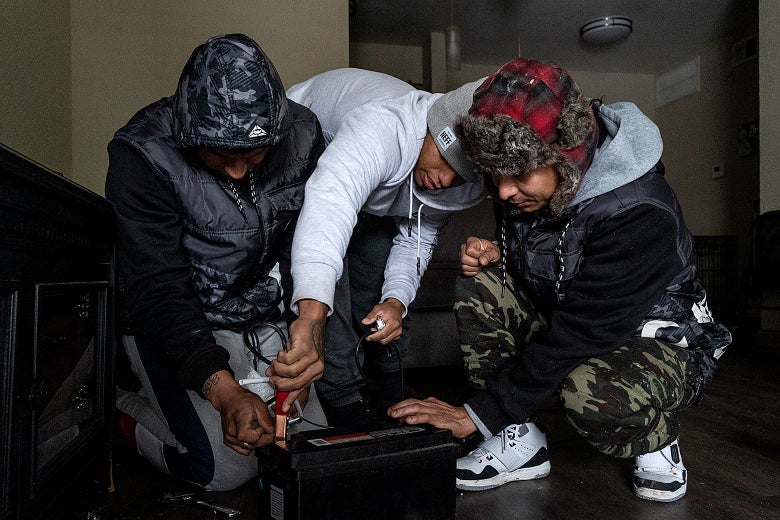 Why Are We Still Surprised by Large Blackouts? 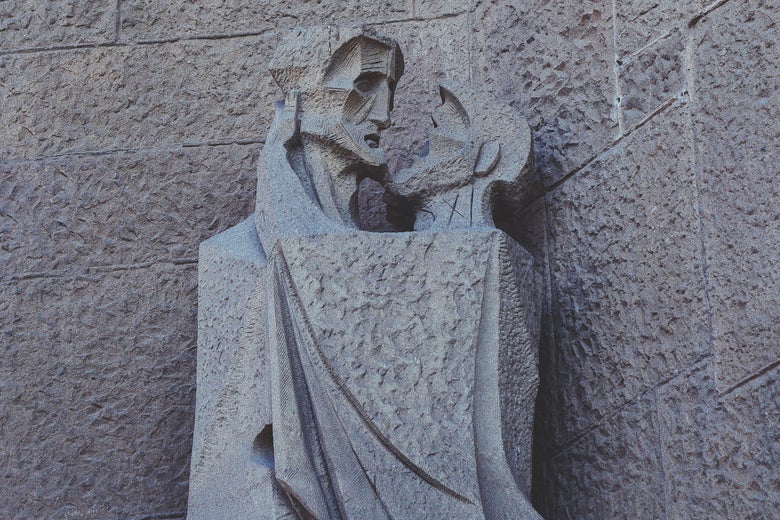 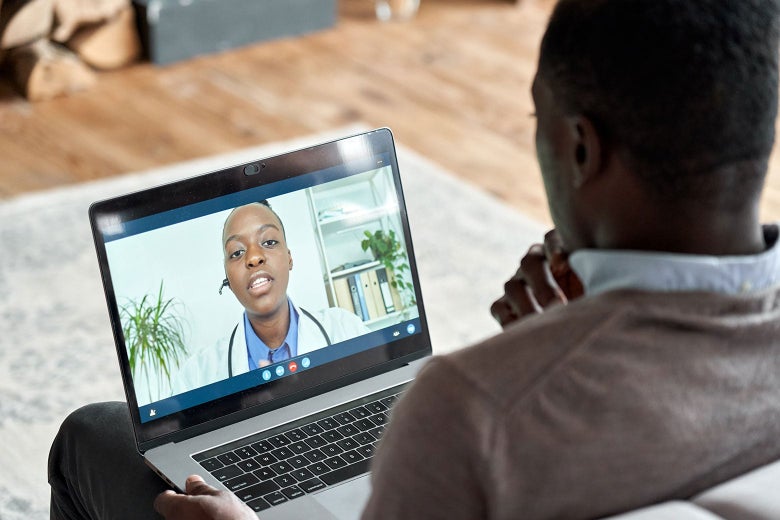 Telehealth Has Been Good in the Pandemic. It Could Be Great Long Term.

“Tesla Touts Self-Driving to Consumers. To the DMV, It Tells a Different Tale,” by Russ Mitchell, Los Angeles Times

The Head on HBO Max is bone-chilling—not just because it’s scary, but because it’s set largely in the winter in Antarctica, when the temperatures are incompatible with human life and the darkness is total. The miniseries begins as a bare-bones crew of researchers are left behind for the winter, where they will continue work they believe is critical to combat climate change. But weeks before the end of the winter crew’s shift, the research base goes silent—no radio contact, nothing. After three weeks, the new base commander arrives to find out what’s happened, hoping for a minor technical problem. Instead, he discovers that something terrible has happened. It’s a psychological thriller that examines the isolation of scientific research, and I just wish it lasted more than six episodes.

On this week’s episode of Slate’s technology podcast, Lizzie O’Leary spoke with the Washington Post’s Nitasha Tiku about the disappointing results of Google’s partnerships with historically Black colleges and universities. Last week, Lizzie talked to the Post’s Tony Romm about the need to overhaul Lifeline, a federal program that helps low-income Americans pay for broadband and cellphone access.

Wednesday, March 17, 3 p.m. Eastern: Join us for a launch event for Mission: Interplanetary, a new podcast from Slate and Arizona State University that looks at our path to becoming an interplanetary species. Mission: Interplanetary’s hosts, Cady Coleman and Andrew Maynard, will speak with guest Jim Bell about the landing of the latest Mars rover, Perseverance, and the unique visions of those working to take us to new worlds. More information here.

Wednesday, March 24, 7 p.m. Eastern: In too many places across North America, serious coverage of local issues is scarce or nonexistent due to the crisis afflicting journalism’s traditional business models, a lack of innovation across media, and, in some cases, actual intimidation of those seeking to inform the public. Join Future Tense and Convergence Lab to hear from a number of journalists seeking to remedy the erosion of our information ecosystems in the United States and Mexico by fostering innovation in local journalism. RSVP here.