Is 2021 the next 1848 or 1968, a year of insurrection? It’s still January and we’ve had two seismic stormings of seemingly impregnable ramparts organized by very different sets of disaffected outsiders on social media. After the Capitol and Wall Street, which citadel will be targeted next?

Anyone still in possession of their reason was obviously appalled to their very core by the Jan. 6 attack on our democracy. An assault on Wall Street hedge funds that seek to profit from the woes of troubled companies, on the other hand, will naturally elicit a wider range of emotions. Schadenfreude, for one. Short the short sellers! And what could be more peak pandemic-innovation than people coming to the rescue of mall mainstays Gamestop and AMC from the comfort of their homes?

Still, this probably won’t have a happy ending. Don’t shed tears for large Wall Street firms losing billions in a short squeeze, but history suggests that when those big firms start having to cover outsized losses incurred on some niche bets by selling other assets, markets can spiral downward as a result, and then most Americans lose, as pension plans and retirement accounts across the country take a hit. And even if that doesn’t come to pass in this case, most of those participating directly in the Robinhood mania, driving up these stock prices to unsustainable levels are likely to end up getting hurt. A pyramid scheme with a stirring marketing narrative is still be a pyramid scheme.

In other news, Joseph Goebbels.

We could hold a contest to try to find the right adjective to attach to the fact that Hitler’s chief propagandist figured in the first batch of five cases decided by Facebook’s Oversight Board, but there it is. The case, which the social media platform referred to the new content moderation review board composed of outside experts, involved a post that had been removed because it contained a quote attributed to Goebbels about how to mobilize popular support. The Facebook user sought to analogize between Nazi methods of propaganda and Donald Trump’s in the run-up to the election, but Facebook keeps a list of dangerous individuals and any mentions of them or citations of their sayings are removable unless the post explicitly rejects them. The Oversight Board’s decision, as was the case in three of the other four rulings handed down Thursday, was to reverse Facebook’s initial call to remove the content. The board found that the context made clear this was permissible commentary on the current leader of the United States, not an endorsement of the Nazi regime.

What was most interesting, and this was true in several of the other cases handed down, wasn’t the decision itself but the thoroughness and tone of the board’s analysis, and the recommendations it offered  Facebook to avoid similar mistakes in the future. There has been a lot of understandable skepticism about the independence of this board (it can only review cases referred to it), but the decision’s consideration of Facebook’s arguments and actions here reads very much like a federal court’s treatment of ordinary defendants. It’s also noteworthy to have an international panel, deciding on cases from around the world, and citing international human rights law (and presumably Donald Trump’s forthcoming case will be treated similarly), which will push for a convergence of liberal global speech standards likely to make plenty of governments queasy.

The real test of how consequential the board will prove is whether Facebook adopts the Board’s recommendations. In the Goebbels quote case, those include a call for users to always be notified of the reasons for any enforcement action, and a more transparent policy explaining how it treats content pertaining to “Dangerous Individuals and Organizations.”  And even if Facebook has the will to act on the board’s rulings, scaling these thoughtful retrospective judgments to apply to the firehose of daily content moderation will remain a daunting challenge.  It was not rocket science in this case to determine that Goebbels was being cited to attack Trump, not to praise Nazis. But those distinctions may be harder for an A.I. to perceive.

And on the topic of recommendations, Future Tense has one for the Oversight Board itself:

If you really want to fulfill your potential, you need to work on your case names.  I mean, you can’t have your Marbury v. Madison be “2020-005-FB-UA.” Given that you really don’t want to have users’ names in there (good call!), we strongly advise you adopt the Friends episode citation approach. So, this decision would go down as “The One With Joseph Goebbels.”

All in all, though, this is an impressive debut by the Oversight Board. If I were Jack Dorsey, I’d feel a certain why-didn’t-I-do-that-first envy.

Today we published our latest story: “Speaker,” by Simon Brown. In “Speaker,” a hyena and human team up as part of an experiment in animal-human communication. In the response essay, Iveta Silova, director of the Center for Advanced Studies in Global Education at Arizona State University’s Mary Lou Fulton Teachers College, asks: If nonhumans can learn to speak, will humans learn to listen? “Speaker” is the first of three stories looking at the future of education.

Stories From the Recent Past of Future Tense 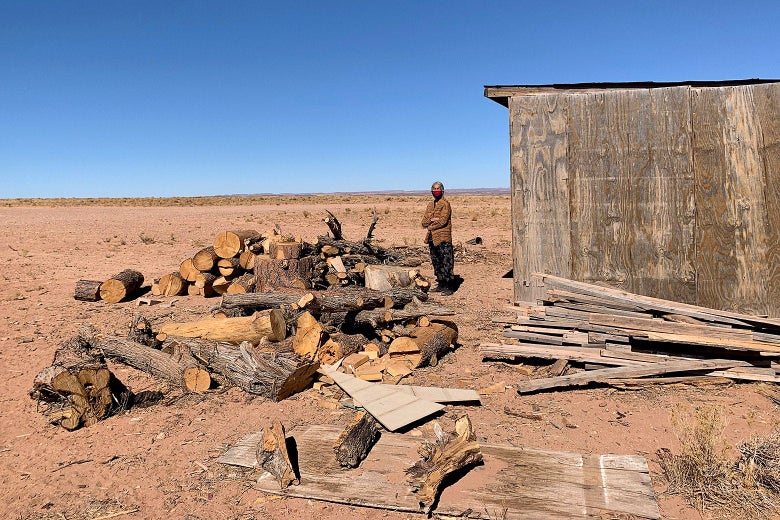 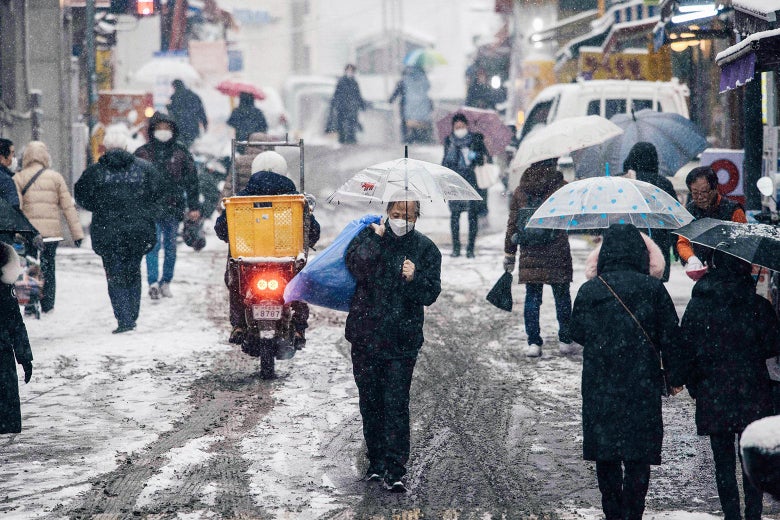 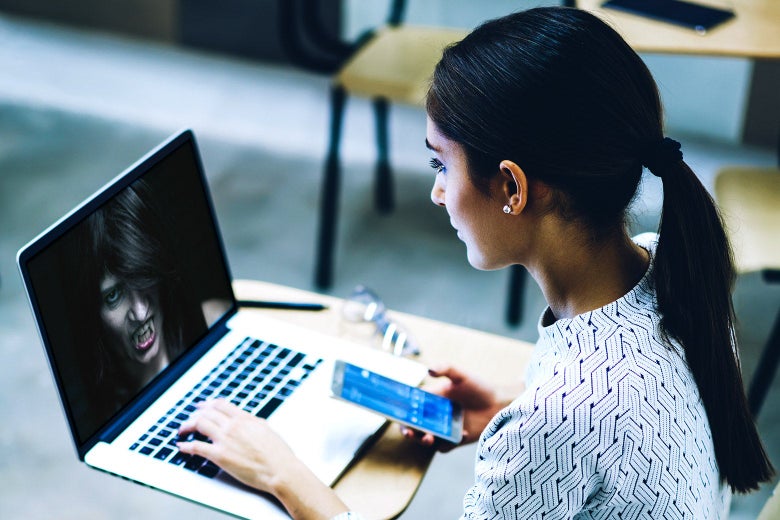 How a Dead Professor Is Teaching a University Art History Class 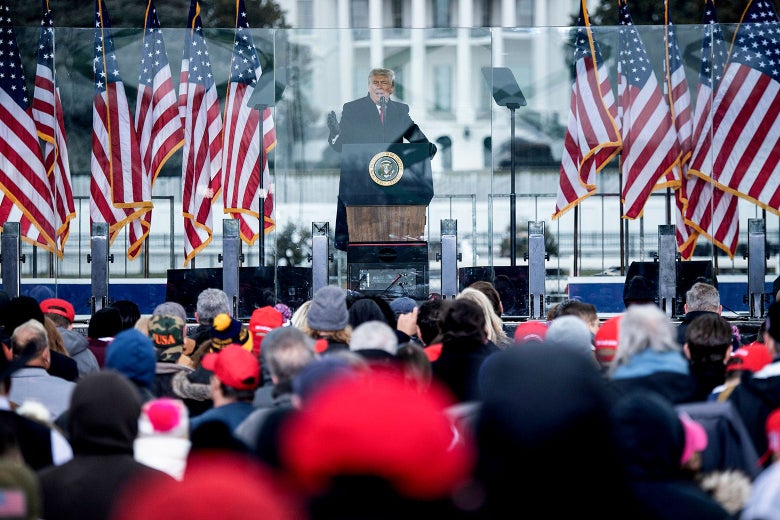 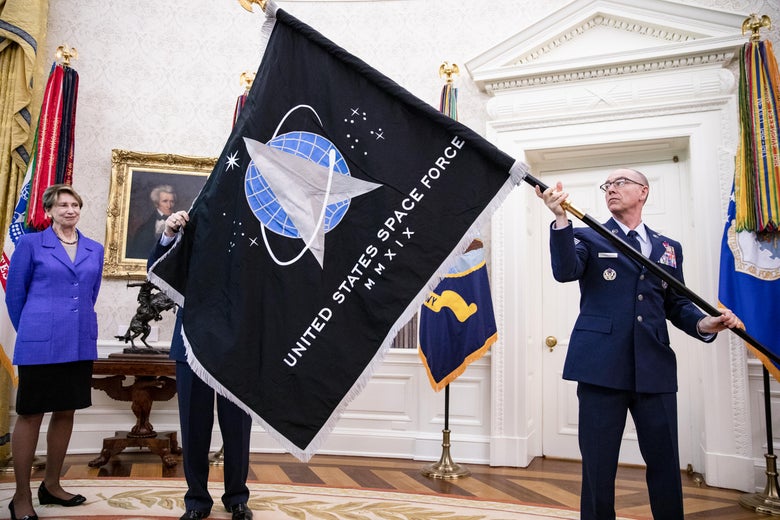 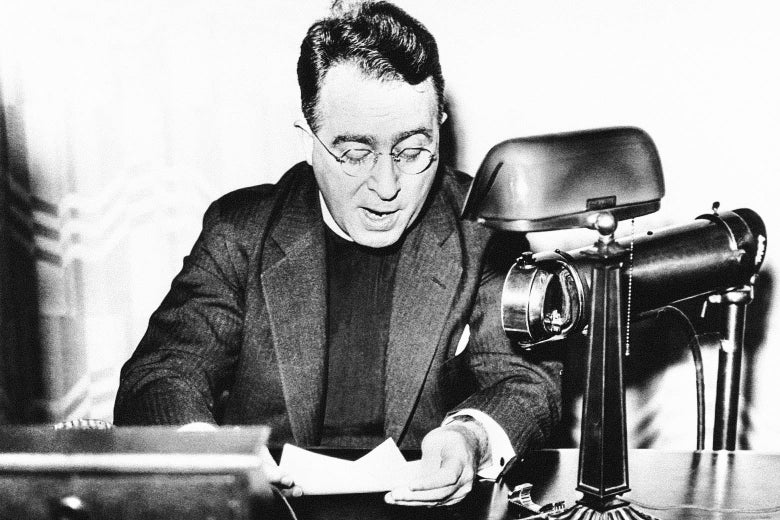 In the midst of the ongoing movement around racial justice and anti-Black violence, Joey Eschrich, one of our fiction editors and the program manager at ASU’s Center for Science and the Imagination, says this is a perfect time to seek out the true video-store classic: 1984’s The Brother From Another Planet. Written and directed by legendary indie filmmaker John Sayles, the film pulls off a neat trick by harmoniously blending science fiction tropes—a three-toed alien who otherwise passes as a Black man crash-lands his ship in Harlem and eludes two nefarious proto-Agent Smith white agents sent to track him down—with perceptive social realism: a look at the diversity, cultural vitality, and open-armed solidarity of this iconic and much-stereotyped-about Black community.

This week on Slate’s technology podcast, host Lizzie O’Leary spoke with Bloomberg reporter Brandon Kochkodin about where the GameStop chaos began, r/WallStreetBets (plus a Redditor who took part). Last week, Lizzie tried to get to the bottom of an enraging question: Why are the vaccine appointment websites so terrible?

On Feb. 3 at noon Eastern, as part of our Future Agenda series, we’ll host a discussion on how the Biden administration can create forward-looking policy on technology, global health, and the environment. Lizzie O’Leary will moderate a discussion with Rep. Sean Casten, D-Illinois; Charles Kenny, senior fellow at the Center for Global Development and author of the new book The Plague Cycle; and Sarah Morris, director of the Open Technology Institute. RSVP here. (And read an excerpt from The Plague Cycle.)

On Feb. 4 at noon Eastern, our collaborators in the Learning Futures group at the Mary Lou Fulton Teachers College at Arizona State University will host a conversation with Simon Brown about his Future Tense Fiction Story “Speaker,” multi-species communities, non-human intelligences, and the future of learning. Along with Simon, speakers will include Iveta Silova, director of the Center for Advanced Studies in Global Education at Arizona State University, and Punya Mishra, associate dean of scholarship and innovation at the Mary Lou Fulton Teachers College. Register here.

On Feb. 10 at noon Eastern, director Hao Wu will discuss his new documentary 76 Days with Slate’s Joshua Keating. 76 Days follows the heartbreaking experience of medical workers and patients in Wuhan, China, during the city’s 76-day lockdown in an attempt to contain the virus. RSVP here.

And on Tuesday, Feb. 16, at 1 p.m. Eastern, the New Yorker’s Atul Gawande and Helene D. Gayle, co-chair of the National Academies of Sciences, Engineering, and Medicine’s Committee on Equitable Allocation of Vaccine for the Novel Coronavirus, will discuss what we’ve learned so far from the COVID-19 vaccine rollout. RSVP here.