Sometimes my 15-year-old son and I will do a little time traveling. We’ll fire up YouTube, choose a month and year from the past six decades, and watch a CBS Evening News from the period.
We’ve stumbled across various highs and lows of the Apollo program; claims that things were turning around in Vietnam; the Falklands War (Seabass was really shocked Argentina and Britain actually went to war over a sparsely inhabited island, much like we were at the time); Solidarity’s strikes in Poland (“Dad, Americans seemed to have cared a lot more back then about what happened in other countries”); various Persian Gulf wars; past presidential election campaigns (“Wow, Kerry and Bush really respected each other,” Seabass noted, which is not what we thought at the time); and presidents worrying about inflation, deficits, and getting out of various scandals that appear quaint in retrospect.

It’s all great fodder for conversation. How to explain the all-encompassing nature of the Cold War (i.e., why we’d care about labor strife in a Polish port), our experience of Sept. 11 and its immediate aftermath, or Ronald Reagan’s insistence on wearing brown? One thing that’s jarring about the earlier days of the genre is the cruelty with which Walter Cronkite or Eric Sevareid will let you go abruptly after some trenchant analysis or pointed question about the state of the world … without giving you dessert, the sugary feel-good send-off that somewhere along the line became mandatory.

The commercials, so dreaded by viewers when aired on the day, become fascinating decades on. The one constant through time is that newscast viewers seem to suffer from a lot of ailments, though it isn’t clear if that’s just a reflection of the audience’s demographic, or the toll it takes to pay attention to the state of the world. The mix of ailments may have changed too, judging by the past’s outsized obsession with indigestion. And those exorbitantly high interest-rates car makers used to proudly advertise! Recently I picked a newscast from the week Seabass was born, though I assumed it wouldn’t be very entertaining since the world couldn’t have changed all that much in his lifetime. But, guess again—the man in need of relief of some ailment in one of those commercials was shown standing at a check-out line at a video store.

We’ve come a long way, especially judged by the glimpses of everyday life in those ads.

And yet. I couldn’t help but feel a little intergenerational shame when watching some of these past newscasts with my son this year. Progress is the American creed; history, we like to believe, is a tale of conquered problems. But 2020 has mocked that creed on so many fronts, and as I explored the past with my son at a time when our society and democracy were facing their biggest stress test of my lifetime, it was hard to maintain the pretense of progress, of the present as Hollywood ending to all that came before it. We rightly worry about what we owe those who will come after us, but what about our debt to those who came before?

And so a creeping sense of guilt clouded my sharing of all this history with Seabass, a worry that he might at any moment blurt out, “This is all fine and good, but having lived through all this, and learned from all these experiences, how the hell did you all allow things get to such a point?” He didn’t, though he did write a letter to his grandparents asking them to keep climate change in mind when they voted, for his sake.

The last time we watched an old newscast, we then talked about whether we would watch one from the future, if we could. He said he wouldn’t want to do so: “I don’t want to find out what happens before I have lived it,” he said, as if referring to a movie (which, I suppose, in some sense it is). It was a refreshingly forthright explanation for the hesitation I also feel, and it made me feel less cowardly about it.

And on the topic of speculating about the future, be sure to check out our November Future Tense Fiction installment: “The Suicide of Our Troubles” by Karl Schroeder, which explores a future in which the environment, and vibrant ecosystems like lakes and rivers can pursue legal personhood and the right to advocate for themselves. As always our fiction is accompanied by a response essay, this month by Anna V. Smith of High Country News. 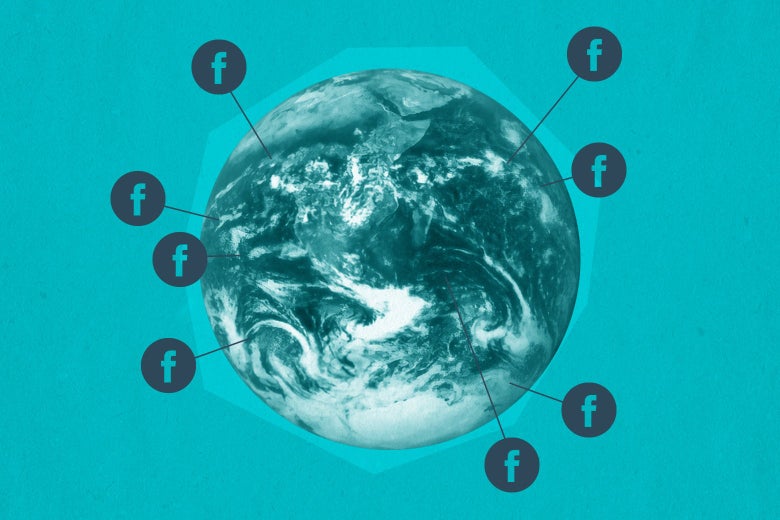 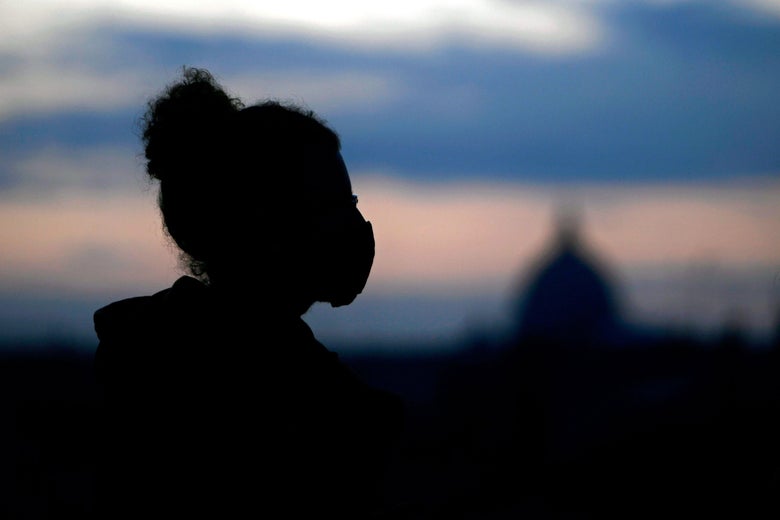 What’s the Point of COVID-19 Curfews? 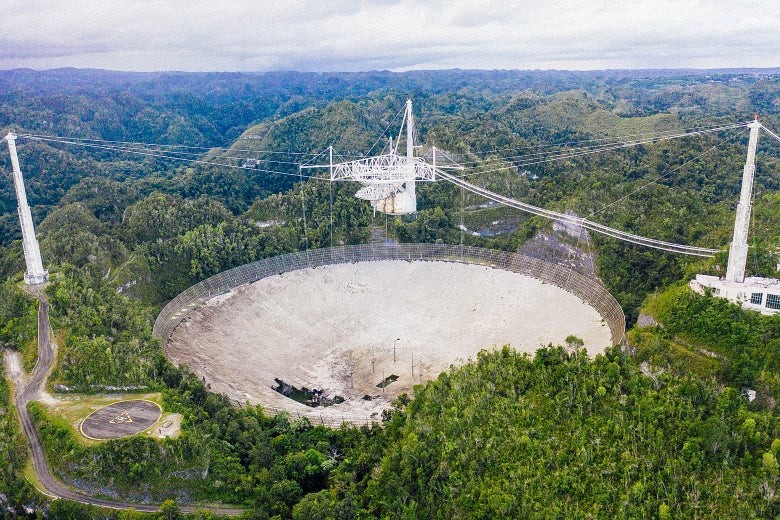 Why I’m Mourning the Death of a Giant Telescope 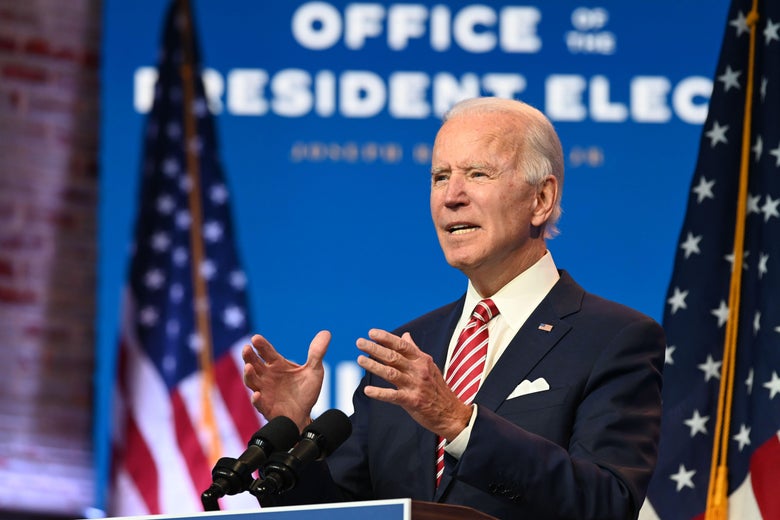 The Biden Administration Should Pursue a Digital Trade Agreement 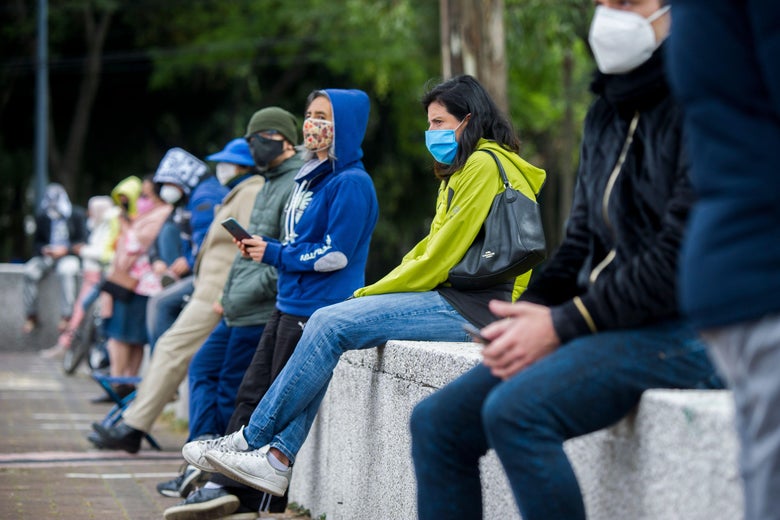 “The ‘Daunting’ Hurdles of Distributing COVID-19 Vaccines in America,” by Jessica Glenza, the Guardian

If you are looking for an optimistic escape from the grim present this holiday season, Ministry for the Future could be your ticket. Science fiction master Kim Stanley Robinson’s sprawling future history of the coming century might be the most ambitious books of the year: It envisions the governance, the politics, and yes, even the heroic bureaucrats we will need to end humanity’s disastrous obsession with fossil fuels and prevent civilization-ending climate catastrophe.—Ed Finn, academic director of Future Tense. (And don’t miss Ed’s recent conversation about sci-fi and governing the future with Robinson, sci-fi author Malka Older, and Peter Schlosser of Arizona State University’s Julie Ann Wrigley Global Futures Laboratory.)

Slate’s technology podcast took this week off for the holiday. Last week, host Lizzie O’Leary spoke with Celine Gounder, a member of Joe Biden’s COVID-19 Advisory Board, about mask mandates, vaccine distribution, and earning the trust of Trump voters.

Over the past year, New America’s Resource Security team and Arizona State University’s Ten Across initiative have been talking with the people around the country who confront climate change on a daily basis, from city managers to business executives to federal officials. They’ve been gathering up their stories about what works, and what doesn’t, when it comes to addressing long-term existential threats, without harming today’s economy. (ASU is one of Future Tense’s three parent institutions, along with Slate and New America.) How can their experiences inform the Biden administration’s agenda? Join us on Wednesday, Dec. 2, at noon Eastern for a discussion of what we’ve learned from across America’s Sun Belt about protecting America’s present and future, without having to choose between the two. Speakers to be announced soon. Visit New America’s website for more information and to RSVP.

The following week, on Tuesday, Dec. 9, at 12:30 p.m. Eastern, we are taking a binational look at how two North American universities known for innovation—Arizona State University and Mexico’s Tecnológico de Monterrey—are holding up at the end of this pandemic year, how they’ve handled the challenge of serving their students and their communities, and what they’ve learned about the strengths and weaknesses of their institutional design to confront future existential challenges. We will hear from Presidents Michael Crow and David Garza, and hope you bring them your end-of-semester questions. Visit New America’s website to RSVP.