Cases of COVID-19 are skyrocketing. Hospitals are struggling to keep up with patients. Vacationers on cruises are testing positive. (I have so many questions for people who decided late 2020 was the perfect time to go cruising.) Restaurants are again closing to in-person dining. It feels so much like the early days of the pandemic that I’m half-expecting a new season of Tiger King and a run on toilet paper.

Some things have changed since March, of course. We know far more about the virus—how to treat it and how it spreads. In August, a Pew Research Center survey found that 85 percent of Americans wear a mask in stores all or most of the time. Pfizer has announced genuinely promising news on its COVID-19 vaccine, though as Columbia University virologist Angela Rasmussen writes for Future Tense, it’s too early to declare victory.

Another difference is that we now have countless apps that promise to alert you if you have been in close proximity to someone who later tests positive for the coronavirus. My state, Virginia, was the first to release an app built on a privacy-protecting system developed by Apple and Google. Virginia’s Covidwise uses Bluetooth, rather than location-tracking, and doesn’t connect your phone to your name. I downloaded it only after Josephine Wolff, an assistant professor of cybersecurity policy at Tufts, wrote for Future Tense, “If I lived in Virginia, I’d feel sufficiently confident in the Apple-Google API that I’d be willing to download Covidwise.” (A perk of being a technology editor is that you can turn your personal security concerns into editorial content.) Since August, other states have followed with their own apps or plans for them—most recently, Connecticut, Hawaii, Michigan, Maryland, and Colorado.

But very few people are actually using the apps. As Time recently reported, Nevada launched its app back in late August, but it “has been downloaded just under 70,000 times as of Nov. 9, representing just under 3% of the state’s adult population. A total of zero exposures were registered in the app throughout the month of September, during which the state reported more than 10,000 new cases. One of the first positive test results logged into the app was submitted in early October by Nevada’s pandemic response director, who himself had contracted the virus.”

In a small way, it’s nice to see that Americans aren’t downloading the apps and then going about their lives without fear, because such technosolutionism could be deadly. But in a bigger sense, it’s disappointing that these tools are going underutilized so far.

And it’s no wonder Americans are hesitant, given privacy concerns. In October, Jonathan Albright of the Tow Center for Digital Journalism’s Digital Forensics Initiative released a report looking at 493 COVID-related apps from around the world. Wired then asked him to look specifically at 359 of those apps, which “handle contact tracing, exposure notification, screening, reporting, workplace monitoring, and Covid information from public health authorities around the globe.” The results were alarming:

There are good reasons why this is all such a mess. Different apps come with different pros and cons. The factors that make the Google-Apple system safer on privacy grounds also limit its utility: It doesn’t track location or store individual information, which is one reason why some states are using other systems for their official apps. Many of these apps—which come from a patchwork of state health departments, counties, private companies, schools—can’t communicate with one another.

Perhaps a Biden administration will embrace a more national approach to contact tracing.   But the larger problem remains: Privacy violations have a cost. If Americans had not spent the last decade-plus listening to horror story after horror story of Google, Facebook, Apple, and others going too far to collect user data, maybe they would be more inclined to trust public health technology created by Big Tech. Maybe this could be an impetus for Congress to actually pass a bipartisan federal privacy law? I’d like to think so. But, of course, Congress has a zillion things to get done, and bipartisanship feels as about as likely as President Trump suddenly issuing a nationwide mask mandate.

In the meantime: If you’re in a state with an app based on the Apple-Google system, you should go ahead and download it. They have limitations, but if enough people download them, it can help your local human contact tracers do their jobs. As Heather Ross from Arizona State University recently wrote for Future Tense, we were told back in the spring that we needed to hire an army of contact tracers—but in many places, that hasn’t happened. For all of the hope that the potential COVID-19 vaccine brings, it still feels like we are back where we started with the pandemic. 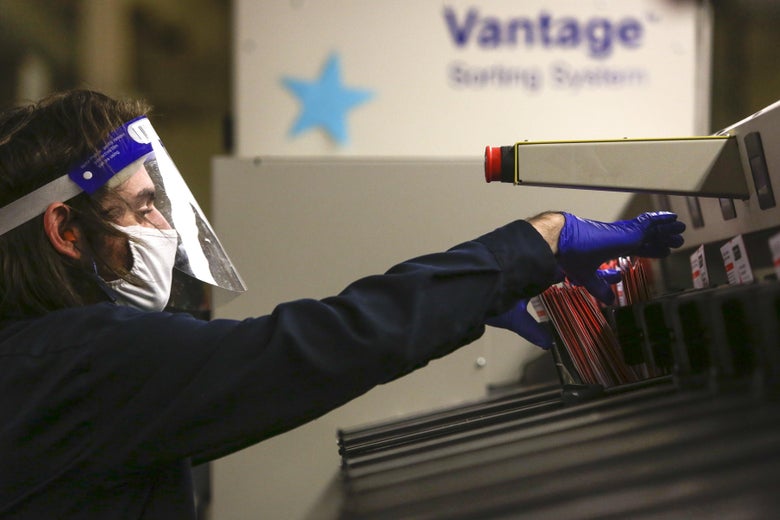 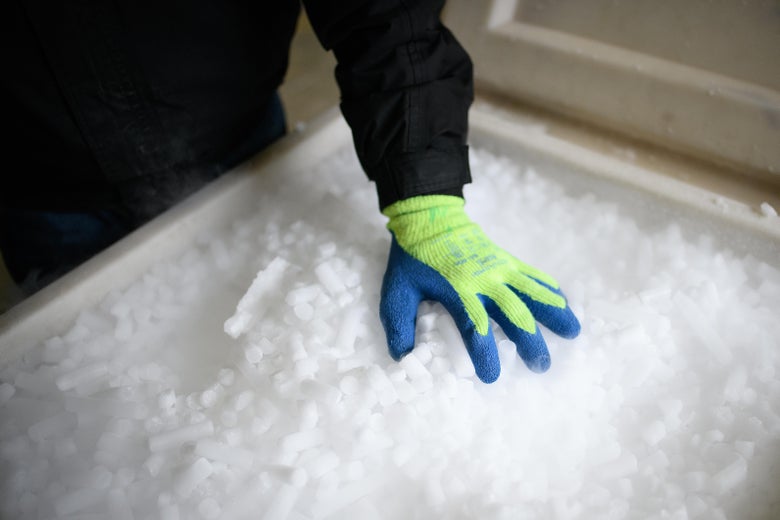 Pfizer’s COVID Vaccine Has to Be Stored at -80°C. There’s Already a Run on Freezers. 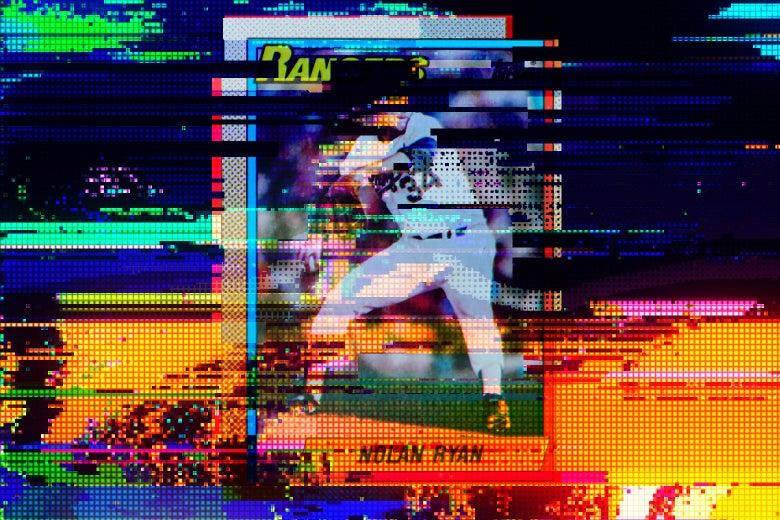 Why Would Anyone Bother Collecting Digital Baseball Cards? 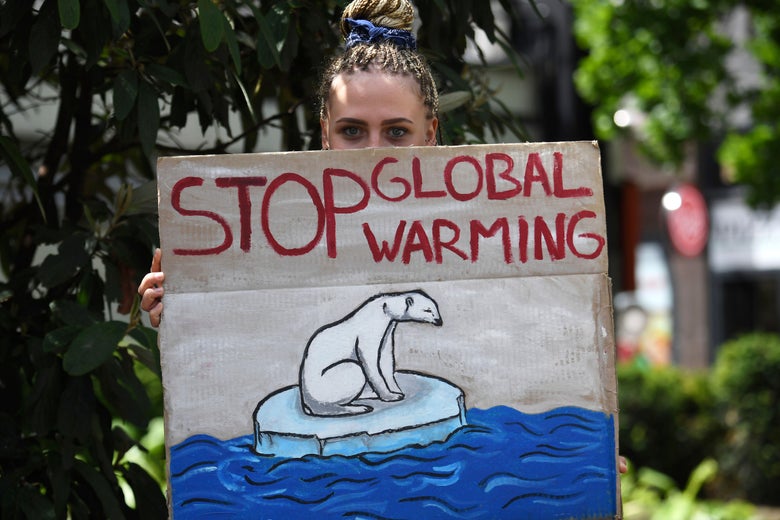 Can Science Fiction Help Us Govern for the Future? 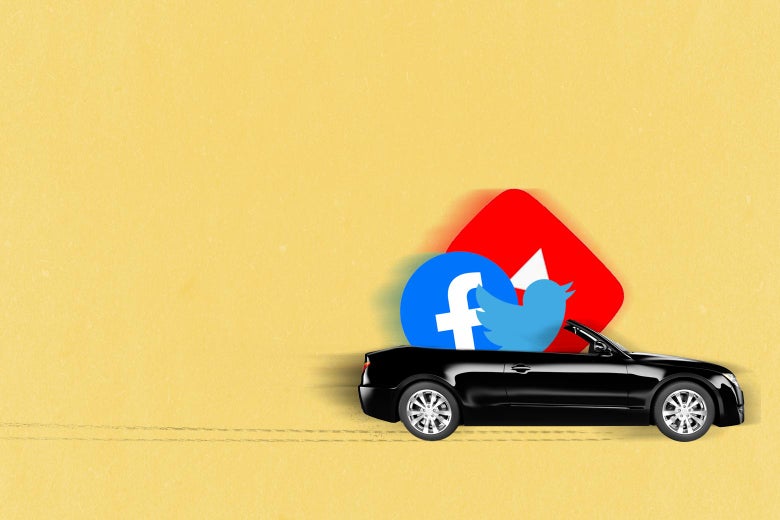 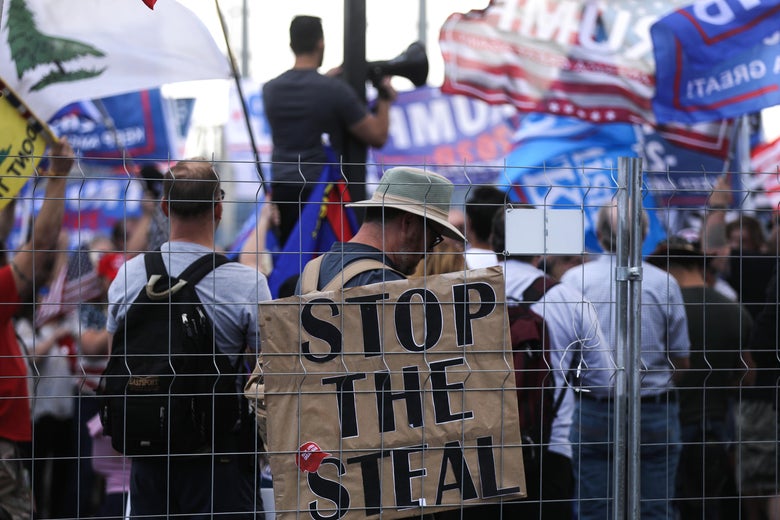 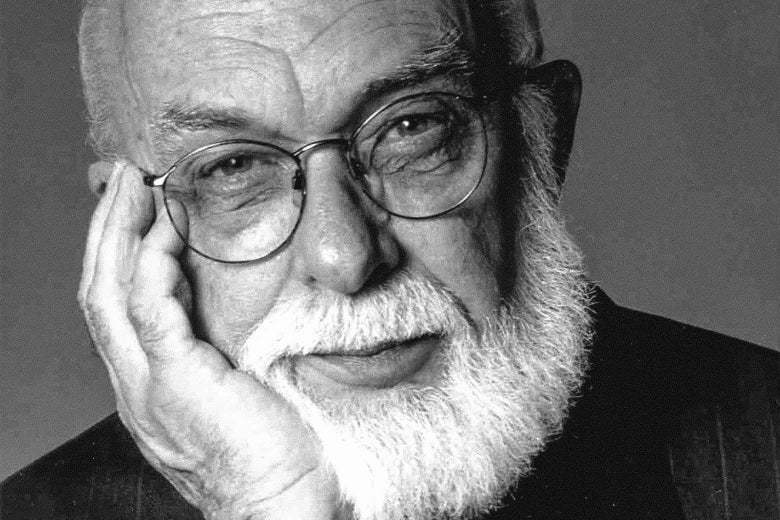 How James “the Amazing” Randi Hindered His Own Movement 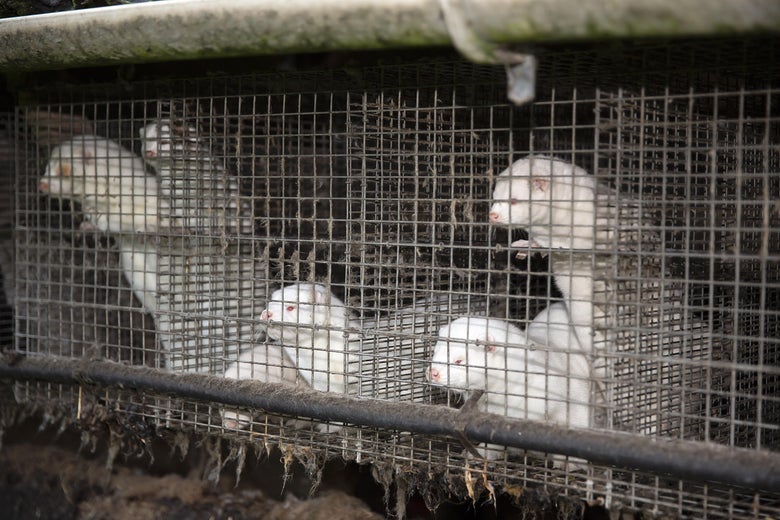 “Japan Is Using a Robotic ‘Monster Wolf’ to Scare Bears Away From People’s Houses,” by Samir Ferdowsi, Vice

Downsizing, starring Matt Damon, is not a good movie in terms of plot or character. That’s because the narrative arc isn’t really the point. The world-building is, and it’s executed so well that—controversial opinion!—it’s become one of my favorite works of sci-fi. In Downsizing, some well-intentioned scientists create a way to miniaturize humans, with the goal of combating climate change: Small humans, as some academics wrote in a troll-y paper I covered for Future Tense in 2012, would have a much smaller footprint on the planet. This altruistic invention is then corrupted as giant corporations begin shrinking middle-class people so they can live an upper-class life—a microscopic chip of a diamond to a full-size human is a giant rock to someone who has been downsized—in planned communities. Meanwhile, dictators shrink dissidents to punish them. It’s a story of how technology can be coopted and the confusing questions that can arise from a massive social change: Should downsized people pay the same amount of taxes? Should their vote carry the same weight? Should companies who use tiny people in call centers have to pay them the same wage? There are so many fun questions to ponder (and yes, I have a rather particular definition of fun) that it distracts from the rather pointless plot. I am begging someone to write a detective novel set in this fascinating world.

On Friday’s episode of Slate’s technology podcast, host Lizzie O’Leary talks to the New York Times’ Cecilia Kang about what a President Biden will mean for Big Tech. Last week, Lizzie and Sam Harnett, a tech and labor reporter for KQED, talked about how Uber and other gig-based companies convinced Californians to vote for a ballot measure that creates a new category of worker.

Maria Dahvana Headley’s new translation of Beowulf takes the Old English classic and modernizes it with feminism and social media slang—think “hashtag: blessed” and opening the whole thing with “Bro.” Meanwhile, in Alena Smith’s Dickinson on Apple TV, the famous 19th century poet Emily and her peers forgo the expected formality of the era in favor of swearing and saying “What up, girl?” On Wednesday, Nov. 18, at noon Eastern, Headley and Smith will discuss their works with internet linguist Gretchen McCulloch. This is the first installment of Predictive Text, a new event miniseries hosted by McCulloch, where we’ll discuss how the past, present, and future of language collide. For more information and to RSVP, visit the New America website.

Over the past year, New America’s Resource Security team and ASU’s Ten Across initiative have been talking with the people around the country who confront climate change on a daily basis, from city managers to business executives to federal officials. They’ve been gathering up their stories about what works, and what doesn’t, when it comes to addressing long-term existential threats, without harming today’s economy. How can their experiences inform the Biden administration’s agenda? Join us on Wednesday, Dec. 2, at noon Eastern for a discussion of what we’ve learned from across America’s Sun Belt about protecting America’s present and future, without having to choose between the two. Speakers to be announced soon. Visit New America’s website for more information and to RSVP.