I reach out to you still contemplating the profundity of what Mark Zuckerberg told his congressional inquisitors on Wednesday: “The space of people connecting with other people is a very large space.” So large, it even includes newsletters in your inbox.

Three clear winners and one loser emerged from Wednesday’s Big Tech hearing in Washington.  The winners were Rep. Pramila Jayapal, our new “eviscerator in chief”; Alphabet CEO Sundar Pichai’s future career as an anger-management therapist; and Tim Wu. When the going gets tough in coming weeks, I will close my eyes and picture the Google CEO soothingly saying “congressman” with infinite patience, as he did at the beginning of all his answers. The more irate the congressional questioner, the more patient, measured, and empathetic his “congressman” sounded. And that posture! On Zoom!

As for Wu, the Columbia law professor’s 2011 prescient and engaging book The Master Switch: The Rise and Fall of Information Empires” remains the greatest single work on the cycle (“from a freely accessible channel to one strictly controlled by a single corporation or cartel”) all revolutionary communication and information technologies have gone through. It’s a cautionary tale written at a time when most policymakers still had a more sanguine view of these disruptive tech companies, and Wednesday’s hearing could have been the book’s 22nd chapter. Pointing all this out is a bit self-serving and parochial, admittedly, given that Wu was a New America and Future Tense fellow, and frequent Slate contributor. But the good news for you all is that we will send a copy of the book signed by the author to the first person who tweets @futuretensenow with the answer to the following question: Which former information/communications monopolist once said “Competition, means strife, industrial warfare; it means contention; it oftentimes means taking advantage of or resorting to any means that the conscience of the contestants … will permit”?

The clear loser on the day, meanwhile, was Cisco, which is quite an accomplishment given that it was not one of the four companies testifying. But its WebEx video platform did not impress, as our friends over at Quartz pointed out.  Personally, I wish the House Judiciary Antitrust Subcommittee had been in a more trolling mood and had chosen Microsoft Teams as the platform the chieftains of Amazon, Facebook, Apple, and Google had been forced to access. (As I write this Microsoft is a more valuable company than three of these four.)

Speaking of trolling, the day after the hearings, the four testifying companies announced their quarterly earnings. On a day when the U.S. government reported that GDP had shrunk by a nearly unfathomable 9.5 percent in the second quarter of the year, the four tech companies exceeded all expectations by posting a combined $29 billion in profits between them for the same period. If these trendlines continue, Big Tech will soon account for 100 percent of U.S. GDP (and then some, given their global reach). Moreover, these companies will be in a position to buy their CEOs some desperately needed artwork for their walls.

Such congressional hearings have traditionally been frustrating for two reasons. First, allotting representatives five minutes apiece to do as they please invariably leads to a sequence of disjointed mini-hearings, instead of one coherent whole. Anytime one questioner starts making headway on an issue, the person in the hot seat is saved by the bell. That’s why when a hearing really needs to get something accomplished, the questioning is ceded to committee counsel. The second traditional frustration, more particular to tech hearings, is the abysmal level of subject-matter understanding and preparation by our legislators, but on this score Wednesday represented a pleasant surprise. For the most part, as Dipayan Ghosh and Stephen Wicker noted on Future Tense, it was clear the subcommittee members had done their homework and could speak somewhat knowledgeably about the companies’ various misdeeds. And yes, for there to be meaningful progress in how we regulate technology with an eye toward maximizing future innovation, we all need to acknowledge that these companies enrich lives and hurt plenty of consumers and competitors by how they exercise their formidable market power.

For his more nuanced and entertaining set of takeaways from the headings, check out our frequent contributor Mike Godwin’s assessment.

Elsewhere, while the Trump family didn’t have a good week on Twitter, the president’s ambassador in Mexico City, Christopher Landau, has become an improbable Twitter star. Read Mia Armstrong’s engaging dispatch on how the ambassador has set about befriending an entire country, one tweet at a time, despite representing an administration not known for its fondness for our neighbor to the south, or its people.

Our Future Tense Fiction story for the month of July was “Legal Salvage,” by Holli Mintzer, a tale of how A.I. may transform secondhand sales. In the response essay, A.I. expert Kate Compton looks at whether artificial intelligence can have authentic taste. And for secondhand yarns that shouldn’t be recirculated, Chloe Hadavas has checked out Confederate Facebook, and what it means for efforts to police hate speech on social media.

You should also check out these other recent Future Tense stories: 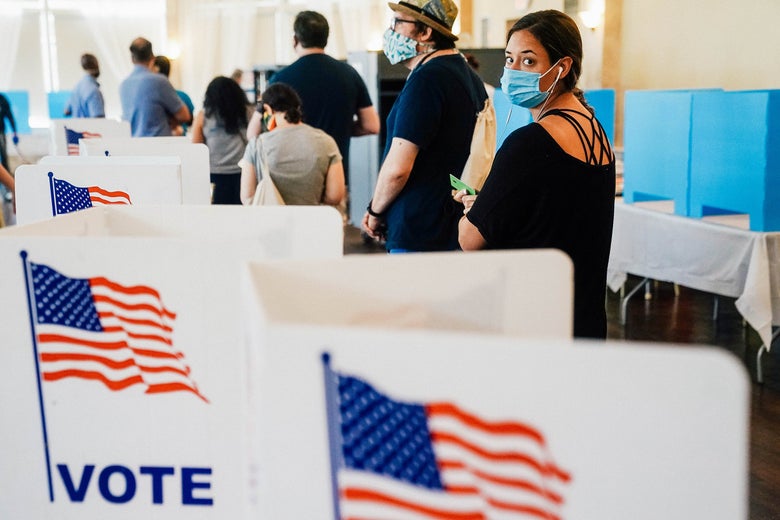 What Congress Needs to Do Now to Secure Election Day 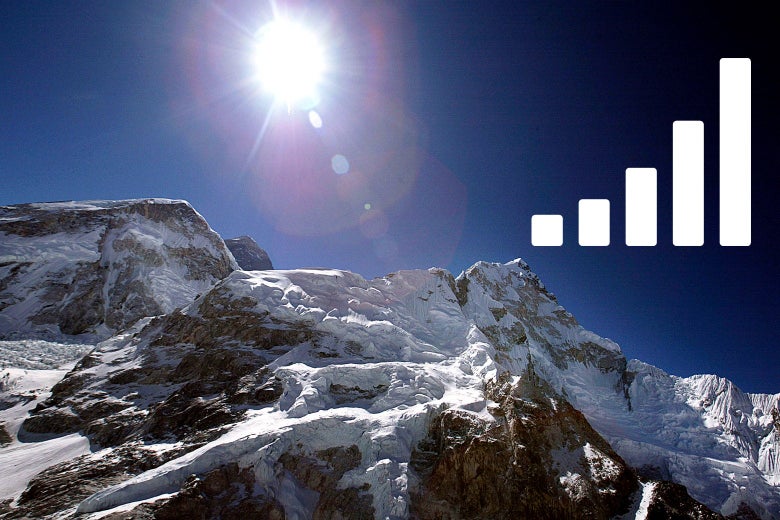 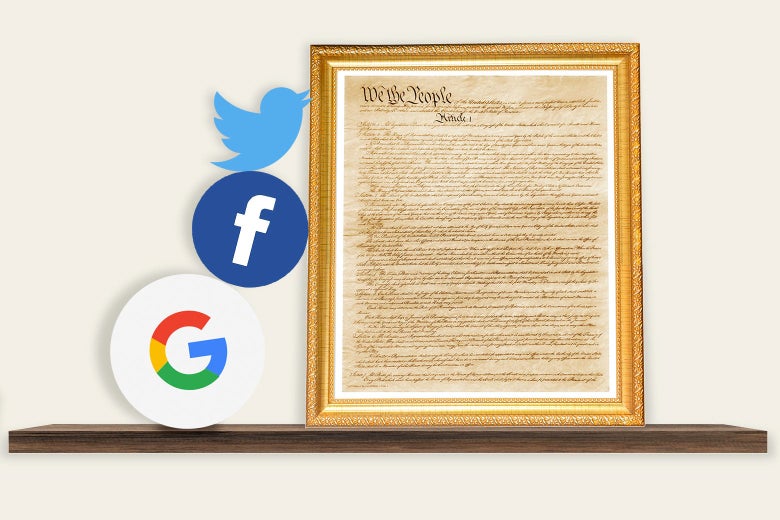 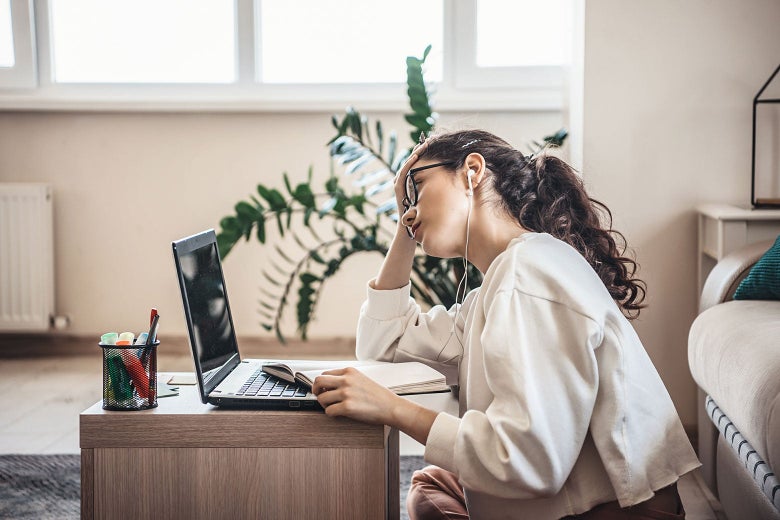 No Student Should Have to Sit Through a Zoom Lecture

Our team is currently planning our fall programming, so watch this space, and please feel free to reach out to suggest any themes or speakers on how technology impacts our lives.  We often start with a question (e.g., How good will Wi-Fi be on Mars?) when thinking about future events, and we welcome your submissions. You can email me at andres.m@asu.edu or our fearless editor Torie Bosch, torie.bosch@slate.com.

The Wall Street Journal story on accusations that Amazon uses data from prospective partners and companies it invests in to subsequently develop competing products was a thoroughly reported piece that helped inform Wednesday’s hearing, and echoed (Amazon Echo is in the story, sorry) previous complaints by third-party sellers on the site.

Disasters are natural, some inevitable. But their most devastating consequences almost never are. That is the lesson detailed in Floodlines, an eight-part podcast from the Atlantic that tells the story of the government, media, and societal failures that converted Hurricane Katrina and its aftermath into “an unnatural disaster.” Vann R. Newkirk II follows four New Orleanians in the days, weeks, and years after the levees broke, weaving stories of resilience with evidence of institutional indifference and neglect. It’s a timely reflection on racism, climate, accountability, and “the luxury of denial,” and it’s by far the best thing I’ve listened to in quaran-times.— Mia Armstrong, Future Tense contributor

Henry Grabar’s miniseries on the future of the American cities continues. Last week, Henry asked: Can New Orleans survive without live music? This week, as pandemic-related federal and state eviction moratoriums begin to expire, he examines what may be in store for millions of Americans who can’t pay the rent.