Sure, it’s a cliché, but we hope this newsletter finds you well in these strange and uncertain times.

We have a great lineup of Social-Distancing Socials coming up. (But if you do, they’re all on Slate’s YouTube Channel.) Join the conversation on Zoom every Tuesday and Thursday (plus the occasional Wednesday) at 4 p.m. Eastern:

Thursday, April 30: Timeout. Do We Need to Rethink Our Relationship With Sports?

Tuesday, May 5: The Splendid and the Vile When It Comes to Leadership

Thursday, May 7: Technology, Borderlands, and the Future of U.S.-Mexico Ties

Future Tense Fiction
The pandemic and subsequent quarantine are warping celebrity culture in fascinating ways. That “Imagine” video was just too cringe, January Jones is being delightfully unhinged, and it’s never been a better time to ask: “Stars, are they just like us or of different genetic stuff?” In the latest Future Tense Fiction story, “Daffodil’s Baby,” Alyssa Virker imagines a future where our access to the lives of celebrities goes far beyond Instagram Live and into biological elitism. This future is reminiscent of the history of eugenics to David Plotz, former Slate editor and author of The Genius Factory: The Curious History of the Nobel Prize Sperm Bank. In a response essay, he writes: “Since humans first understood how to make babies, we’ve been trying to make better ones … to build a Lake Wobegon world where we’re all stronger, faster, and smarter (and to gloss over how that punishes the weaker, the slower, the dumber—that is, most of us).” 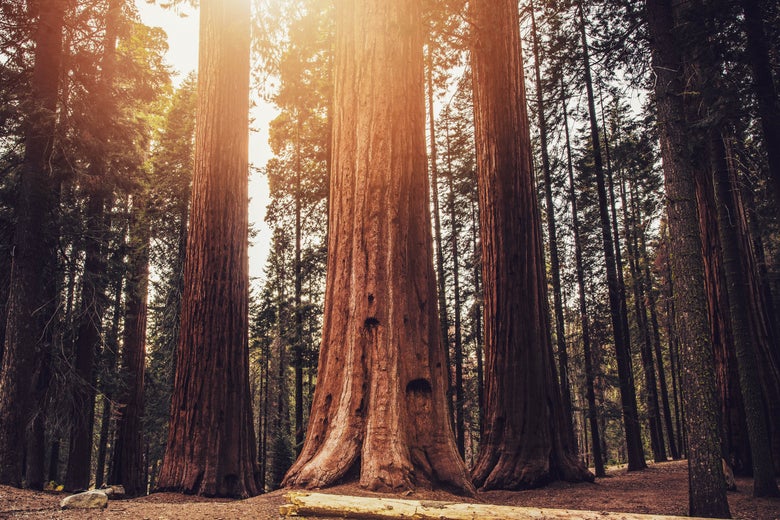 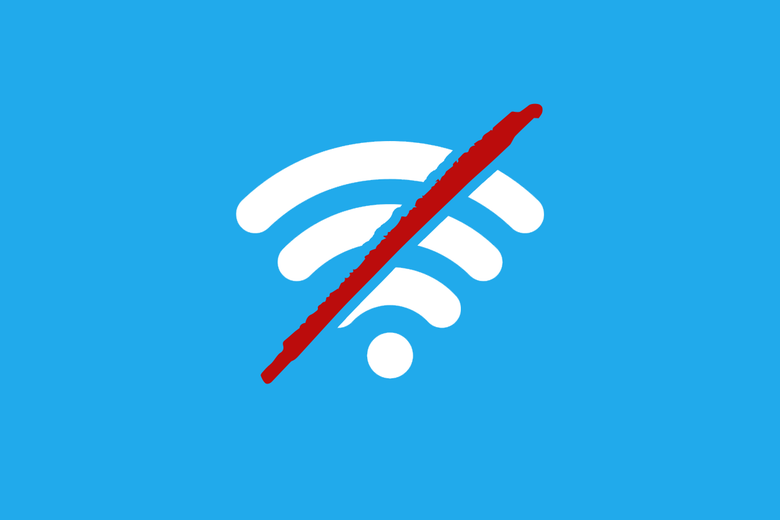 The Dawn of the Shout Drone 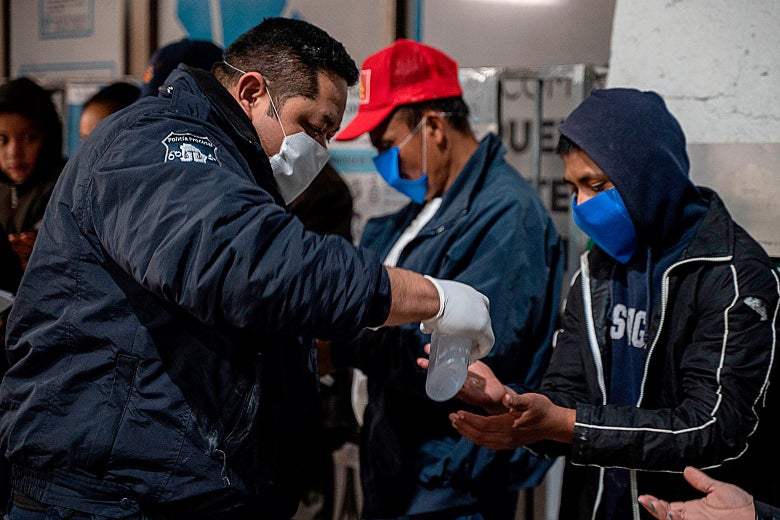 How Migrant Shelters in Mexico Are Facing COVID-19 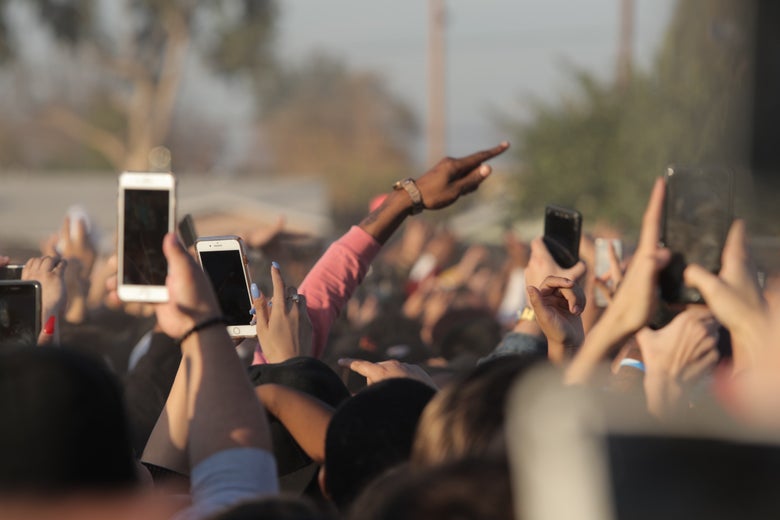 Wish We’d Published This
“The Untold Story of the Birth of Social Distancing,” by Eric Lipton and Jennifer Steinhauer, New York Times.

Three Questions for a Smart Person
Bina Venkataraman is the editorial page editor of the Boston Globe, a Future Tense fellow at New America, and a former Obama White House senior adviser for climate change innovation. She is the author of The Optimist’s Telescope: Thinking Ahead in a Reckless Age. I spoke with her over email about long-term thinking about climate change in the wake of coronavirus.

Margaret: Why haven’t we been able to mobilize to combat climate change in the same way we’ve urgently responded to COVID-19?
Bina: While I don’t think we responded quickly enough to COVID-19 in the United States, one reason many people have now sprung into social distancing and demanding action from their political leaders is that the illnesses and deaths have become apparent; the pandemic feels like an imminent threat. As more and more cases and outbreaks happen around the world, people have begun to wrap their heads around the threat. It’s historically been harder with climate change over the past couple of decades, when disasters would strike at different times and places around the globe and were not always obviously connected to warmer temperatures. To too many people, the climate crisis doesn’t feel imminent or imaginable yet.

There’s been a lot of conversation about benefits to the climate (less air pollution, travel, etc.) in the absence of people during quarantine. What do you think the conversations about climate will look like post-coronavirus?
We’ll see whether some changes—like telecommuting in large cities, less plane travel, and fewer in-person conferences —will become the new normal. But there are also ways that this pandemic could hamstring existing efforts to address climate change, because companies that have made emissions commitments, like airlines and others, may retreat from making cuts. The big question in my mind is whether we can draw on the collective spirit that has been unleashed during this pandemic to address climate change. Will we learn to actually think and plan ahead, hold political and business leaders accountable, and reflect on the hard lesson we’re learning about what happens when we don’t act in time?

In The Optimist’s Telescope, you identify communities that are particularly good at thinking about the future. Have you noticed communities that are responding to this crisis in a way that centers the future?
I’ve been impressed to see how Germany has committed itself to testing, early contact tracing, and containing the outbreak. Angela Merkel has had clear consistent messages for the public, and the public trust in government and science is high. Telluride, Colorado, is now doing something quite forward-thinking—blood antibody tests for all their residents to try to figure out how immunity develops for COVID-19. It’s something the Globe Editorial Board has called on Massachusetts, as a biomedical hub, to do as well to help us get more people including health care workers back in action sooner. I’m also heartened to hear about communities that are doing as much as they can to keep the social fabric together, whether it’s through neighborhood musical jams or food banks. That’s a way of investing in the future, too.

Future Tense Recommends
With the republic flailing in the throes of COVID-19, now is an instructive moment to look back at the truly strange group of men who founded these United States. There’s no better way to start than with Doctor Benjamin Franklin’s Dream America, a mind-melting alternate history novel by Damien Lincoln Ober. The book tells the story of the Founding Fathers, with each chapter narrating the death of one of the signers of the Declaration of Independence. But in this version of reality, the internet and other network technologies exist during the Revolutionary Era. This is unique storytelling, baffling in a good way, and acutely revealing about the tensions, abuses, and dark knots at the heart of the American Idea.—Joey Eschrich, editor and program manager for the Center for Science and the Imagination at Arizona State University

What Next: TBD
On Friday on Slate’s technology podcast, Lizzie O’Leary spoke with Tim Lahey, an infectious disease physician and director of clinical ethics at the University of Vermont Medical Center, about how long it could take to make a safe COVID-19 vaccine.
And last week, Lizzie interviewed Raphael Rashid, a freelance journalist based in South Korea, and Mike Reid, professor at University of California-San Francisco, about how contact tracing is working in two places on opposite sides of the globe.