It’s been two weeks/20 years in corona-time since we’ve written to you, and we can’t help but wonder if this new normal is starting to feel actually normal. In a monumentally scary, uncertain, and unprecedented time, we’re moving past the initial disbelief and into action.

In a pandemic, protecting free speech is more important than ever, so we hosted an online Free Speech Project event with two legal experts and Facebook’s head of security to discuss how platforms are confronting viral disinformation. We wanted to keep talking with you about the impact of technology on our lives, so we launched a new series of biweekly Social-Distancing Socials on Zoom on Tuesdays and Thursdays. So far, we’ve covered the fate of civil liberties in national crises, running a university during a pandemic, and managing kids’ screen time. On March 31, Slate’s Henry Grabar and Brigid Schulte, director of New America’s Better Life Lab, will discuss whether self-quarantines are showing us the future of work. And for some much-needed optimism, on April 2, join Torie Bosch, Future Tense editor, and Ed Finn, director of Arizona State University’s Center for Science and the Imagination, to think about how crises can unleash our imaginations.

On the topic of imagination, this month’s Future Tense Fiction story, “Paciente Cero,” by Juan Villoro, is a lyrical journey into a Mexican heartland struggling to retain its identity and memory despite the fact that China and a Mexican populist leader have conspired to turn the country (with the assistance of mind control technology) into a vast recycling plant for U.S.
waste. In the response essay, Adam Minter, Bloomberg columnist and author of Junkyard Planet: Travels in the Billion-Dollar Trash Trade, argues that Villoro’s gray, polluted future Mexico is a picture of what’s to come of the world’s waste: “[T]he future of recycling and waste in the United States and China isn’t just Mexico or any other country to whom the phrase ‘world’s dumping ground,’ is affixed. Instead, waste disposal will resemble globalized manufacturing, driven by manufacturers in search of low-cost and—increasingly—sustainable raw materials.” 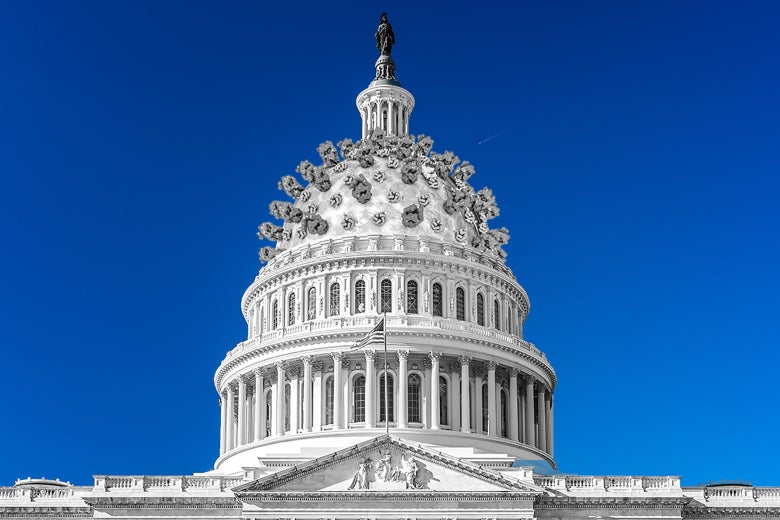 What the Pandemic Is Telling Us About Science, Politics, and Values 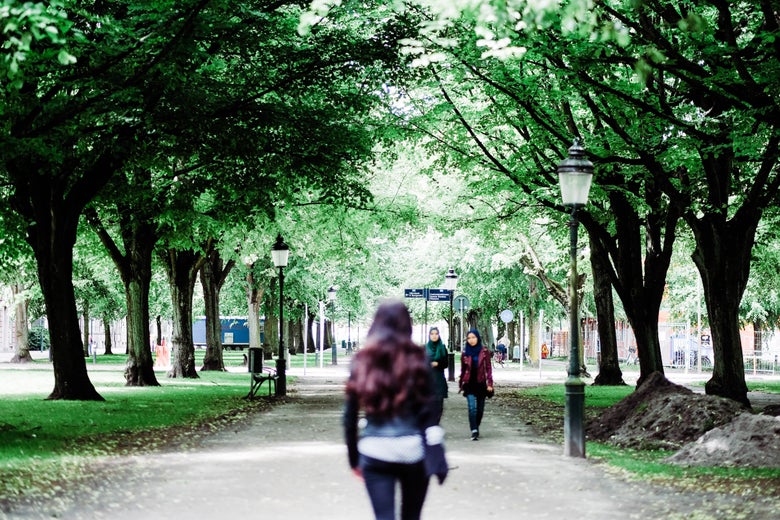 How Much Privacy Are You Entitled to During a Pandemic? 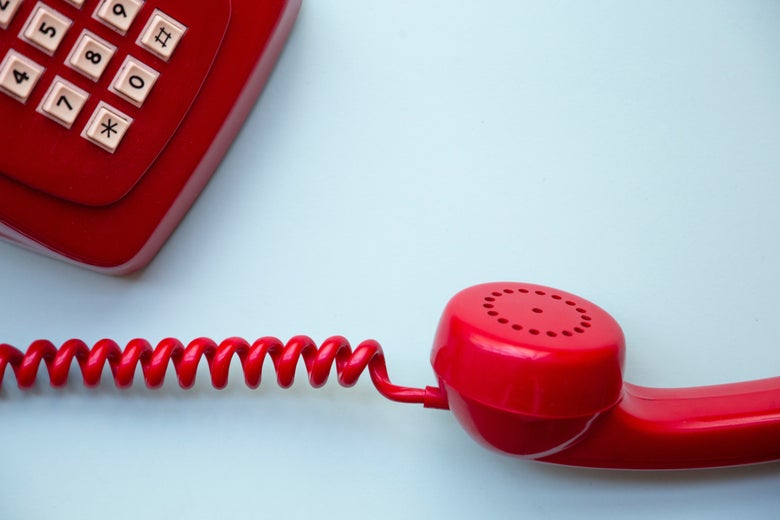 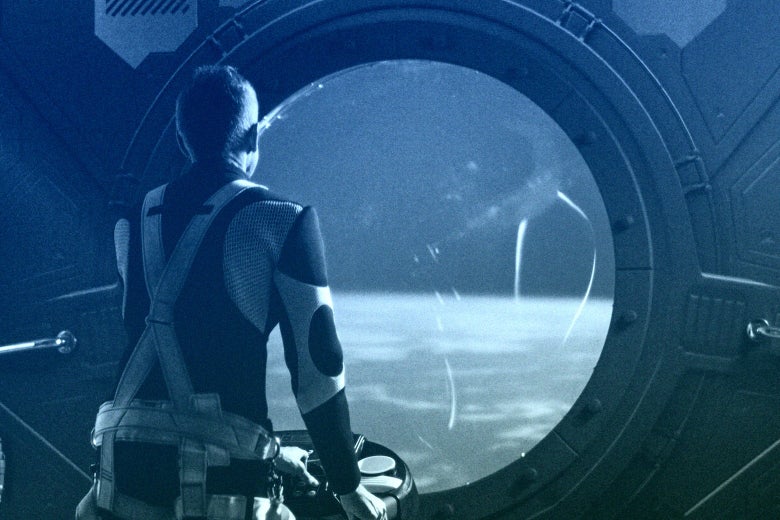 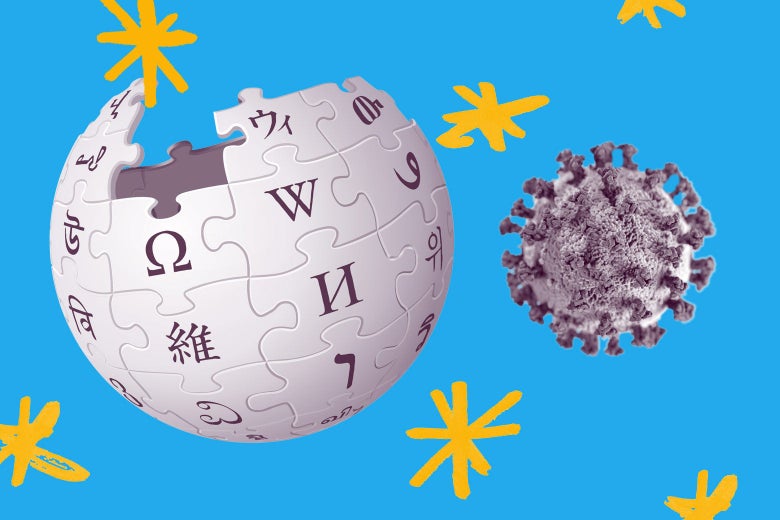 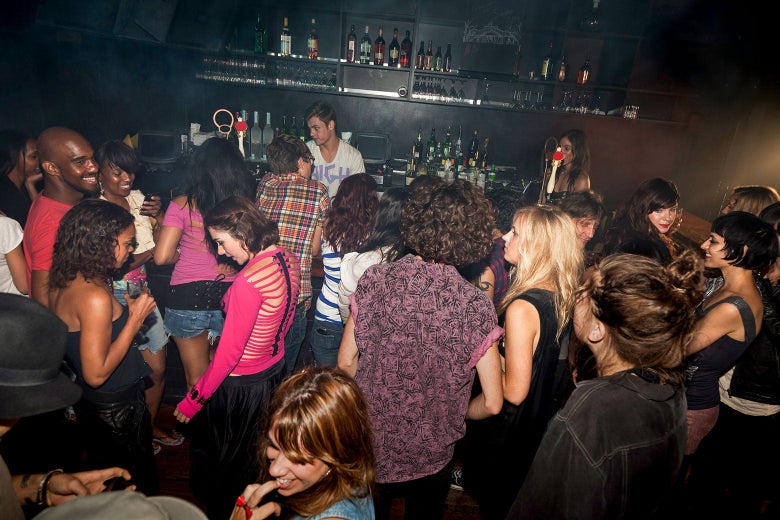 3 Questions for a Smart Person
Katherine Mangu-Ward is editor-in-chief of Reason magazine and a Future Tense fellow at New America. I spoke with her about personal liberty in the face of a pandemic.

Margaret: There’s been a lot of heated debate over people and organizations bucking stay-at-home orders, from senators to spring breakers. How do you draw the line between personal liberty and protecting public health?
Katherine: A big part of most libertarians’ world view is not just personal liberty but personal responsibility. Very early on, even before governors, mayors, or the president were doing anything to respond to coronavirus, a lot of private businesses were doing the right thing by reducing hours, shutting down, and changing their practices. The idea that responsible behavior is coming from government orders and irresponsible behavior is coming from individuals is pretty misguided.

In your 2018 New York Times op-ed “When Smug Liberals Met Conservative Trolls,” you called out liberal smugness as partly to blame for our terrible political climate. Have you seen the same tone problem when it comes to coronavirus?
I see surprisingly recognizable partisan divides in the debates over how to respond to coronavirus. It might not have been that way; you might have gotten a situation where people sorted differently based on different values. But instead, you are seeing some “go to spring break and get coronavirus to own the libs,” from the trollish conservative side, as well as the liberal tendency to say, “the scientists agree with me, everyone should do what I say.”

Everyone got mad at Trump for saying that the coronavirus “cure” (staying home and what it’ll do to the economy) can’t be worse than the problem itself. What’s his reasoning?
I could never even begin to speak for Donald Trump’s reasoning. But for people who are thinking about the fiscal impact of shutting down the economy, there is a point there. I wouldn’t put it the way Trump put it, I don’t think he communicated it well at all, but there are trade-offs. We should think about those consequences now before cleaning up the mess later.

Future Tense Recommends
If you’re bummed out that the release of Wonder Woman 1984 has been pushed back, check out Herland by Charlotte Perkins Gilman, a feminist utopian novel published in 1915. William Moulton Marston, the creator of Wonder Woman, based her homeland, the mythical isle of Themyscira, on Gilman’s vision of a peaceful, egalitarian society of wise, powerful women who subverted the gender expectations of the early 20th century. Like many utopian novels, the story leaves much to be desired, but Gilman’s vision of a community free of sexism, founded on ideals of mutual support and educational excellence, is bracing more than 100 years later. (As a bonus, it’s in the public domain, so you can pick it up for free on Project Gutenberg and scores of other places.)—Joey Eschrich, editor and program manager for the Center for Science and the Imagination

What Next: TBD
In last week’s episode of Slate’s technology podcast, guest host Henry Grabar spoke with Mason Marks, a law professor at Gonzaga studying health, law, technology and privacy, about how big tech is eyeing the pandemic as an opportunity to break into health care. This week, Lizzie O’Leary shared her experience getting a COVID-19 test and asked the New Yorker’s Robert P. Baird: Where are all the coronavirus tests?