What is mens rea in criminal law and why do we have it?

Slate Plus members get ad-free versions of all Slate podcasts, plus extra segments, bonus episodes, and more. Try it free today.

Get Your Slate Plus Feed

Copy your ad-free feed link below to load into your player:

One place where law and morality are supposed to agree is that there should be no crime without a criminal mind, what is called mens rea in criminal law. But there have been a proliferation of crimes that do not require knowledge or intent, contributing to over-prosecution and over-incarceration. Conservative and libertarian lawmakers have claimed the moral high ground over progressives in advocating that people who do not intend and do not know they are breaking a law be excused for their criminal conduct. Is this correct or just a cover to make white-collar crimes harder to prosecute? Today we look at the battle over mens rea reform in the criminal justice system, the moral theory underlying the idea that being culpable for wrongdoing requires an objectionable state of mind, and why human beings care so much more about mindset than they do about conduct. Guest voices include Michael Chase, Benjamin Levin, Gideon Yaffe, State Sen. Todd Kaminsky, Sarah Lustbader.

In Slate Plus: Barry talks to Sarah Lustbader, senior contributor to the Appeal and senior legal counsel for the Justice Collaborative, about the comparative significance of mens rea versus moral luck in prosecution and why the deontology/consequentialism debate in criminal justice policy is so difficult.

For all back episodes from Seasons 1-3 of Hi-Phi Nation, visit www.hiphination.org 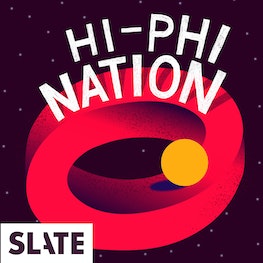 More on why the deontological/consequentialist distinction is so difficult to figure out for reform-minded advocates.

Hi-Phi Nation is philosophy in story form, integrating narrative journalism with big ideas. We look at stories from everyday life, law, science, popular culture, and strange corners of human experiences that raise thought-provoking questions about things like justice, knowledge, the self, morality, and existence. We then seek answers with the help of academics and philosophers. The show is produced and hosted by Barry Lam of Vassar College.