What Michael Jordan’s final chapter as a Washington Wizard reveals about him as a player and a person.

How did Michael Jordan end up in Washington, D.C.? Why couldn’t he make the Washington Wizards into winners? And what did the final chapter of Jordan’s career reveal about who he really was?

On this special episode of Hang Up and Listen: the little-remembered story of Michael Jordan post-Chicago, when the ultimate champion’s strengths turned into weaknesses.

This episode of Hang Up and Listen was produced by Joel Anderson and Melissa Kaplan. Sophie Summergrad is our assistant producer.

Leahy, Michael. When Nothing Else Matters, Simon & Schuster, 2004.

Bohlen, William. “Michael Jordan was one of the best stimulus packages D.C. has ever seen,” Chicago Tribune, March 8, 2002.

Wilbon, Michael. “Pollin Clears the Air, But Muddies the Waters,” Washington Post, May 8, 2003. 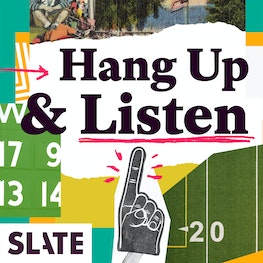 A conversation about Michael Jordan’s tenure with the Washington Wizards.