The typical way to report on a House Republican conference meeting is to wait until the off-the-record affair is over and prod members for details. That was less useful today. Members, reacting to the president’s offer of a Q&A, livetweeted the whole thing. It started as they walked in.

It continued with some predictions.

The first question that animated the room?

At this point, Rep. Jeff Duncan tweeted a photo of his vantage point. 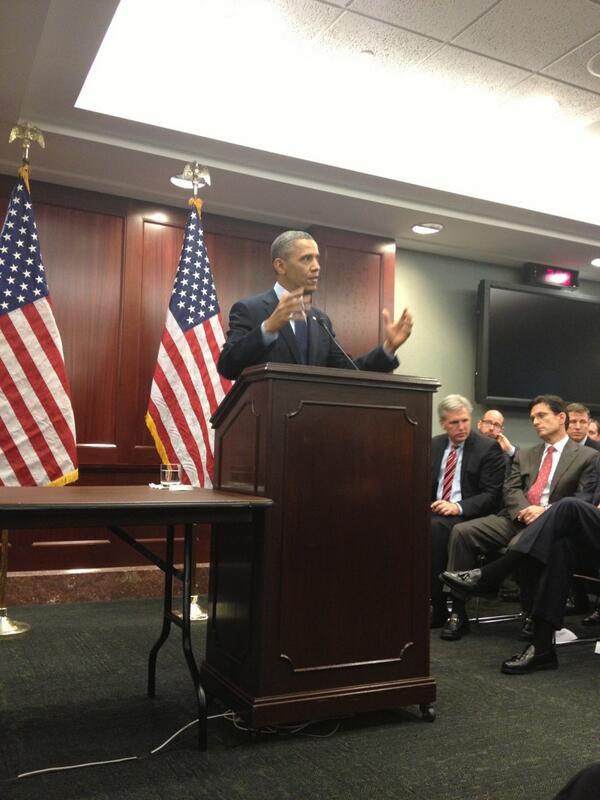 After this, Republicans started responding, with shock, to the president’s recitation of his budget stance. Keeping the GDP-debt ratio stable was a goal; balancing the budget in a hurry wasn’t.

And it ended, like everything else today, with Pope jokes.