The reckoning has arrived in Detroit. Michigan has an aggressive emergency manager law that allows the government to take over failing cities rather than sending them into bankruptcy. (I’ve covered how the law has affected the city of Pontiac, a short drive north of Detroit.) And now:


[Mayor Dave] Bing wouldn’t directly reveal what the governor told him, but said the decision is what most have expected. He spoke in terms indicating that an emergency manager is indeed coming to Detroit.

He said the governor will make an announcement on the matter Friday, but that he doesn’t expect him to immediately reveal who the appointee would be.

Can I nominate someone? 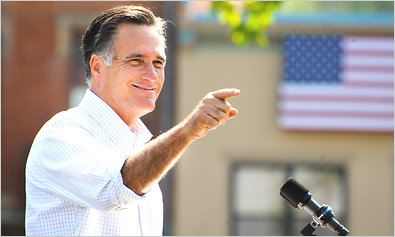 Why not? Romney’s got a mixed record as a politician, but nobody’s ever questions his skill as a brutal operator and turnaround artist. He’s got a good relationship with Republicans in the state—they even scrapped an electoral vote split plan in 2012 because they wanted him to win! He’s got a larger Rolodex of possible investors than anyone else who might be reasonably expected to take this job.
UPDATE: I’ve gotten some interesting email about this tossed-off idea, so I should reiterate: It’s not a joke! Any Michigan Democrat will tell you that Detroit politicians are among the most irrelevant in the state legislature. Republicans view aid to the city as good money tossed into a sinkhole. So butter them up with a Republican they know and can do business with. Romney’s ties to the city are tighter than most city emergency managers, roving technocrats who do a few years at a time in troubled metro governments. (Washington, D.C.’s best-remembered mayor, Anthony Williams, was a bureaucrat who worked in Connecticut before being made city CFO.)