My husband and I have been married for 10 years, together for almost 20. We’re great friends, love each other immensely, have good communication, and are great parents to two school-age kids. BUUUT of course: There’s the old mismatched libido situation. We were pretty evenly matched until we had kids, and then my libido took a nose dive. He would like to do it every day and I am a once-a-week-or-less type of person. I now have an idea for fixing this problem, but it has a twist, and I want to know if it sounds reasonable.

We make it work but I know he’s frustrated, and to be honest, so am I. I want to consider opening up our marriage—but with the twist that we only open it up to same-sex partners. I’m worried that if we open our marriage to just anyone, I am going to get jealous of him spending time and attention (and possibly money, which is in short supply) on another woman, but I don’t feel that way when I think about him having a male side piece. We both tend toward being jealous, but I don’t think he’d mind me exploring this way. I understand that this will require a lot of communication between us and frequent check-ins to make it work. I have never really been with a woman, but I think my husband has bi tendencies, so this isn’t coming out of nowhere.

There’s gotta be people out there who wouldn’t mind some same sex strings-free romps (right?), but at the same time I’m worried that I’m making assumptions about folks in the gay or bi community, since I feel like a couple of middle-aged marrieds being sexual tourists might be a turn off. I don’t want to offend or fetishize anyone. I’m also concerned that it would be harder for me to find a woman willing to be with someone who’s never been with a woman, while I don’t think he’d have ANY trouble finding another dude to bang (maybe these are more assumptions, but he does get hit on frequently). Any advice? Am I overthinking?

—Trying to Find a Solution

Rich: Do you think they are tourists?

Stoya: Oh gosh, yes. “My husband, who I’ve been married to for 10 years and together with for almost 20, I think he has bi tendencies”? “I wouldn’t be jealous if we’re only hooking up with same sex partners”—because why? Because you don’t consider same sex interactions to have the same value as heterosexual?

Rich: Well, yes. I know what you mean. That implication is certainly there, but in Ace, Angela Chen writes about how there are people who can be a-romantic with one gender, but romantic and sexual with another. I think that there is something to be said for this feeling that feels innate of, ‘you are the type of person I could love and you’re the type of person that I could have sex with and not love.’ I think that for men, especially whether it’s true or not, they seem to believe, especially when we get into the bisexuality spectrum, ‘I could never see myself in a relationship with a guy, but I’ll hook up with him,’ whatever. Are they fooling themselves? Are they not being completely honest when they say this? I don’t know. But there does seem to be this cultural belief that exists.

Stoya: That’s a good point and that probably is where this is coming from. And rather than ask the question with an exclamation point at the end, let me rephrase: Do you see qualitative differences between heterosexual and homosexual relationships? What are they and why do you feel that way?

Rich: Because keep in mind too, she has this high-minded idea of like, “We’ll be able to preserve what we have if we just do this one thing,” because all of these people that you’re going to be potentially hooking up with are just abstract notions at this point. They’re not actual humans. Get that human in front of you, spend some time with them and all of a sudden, “Oh, I didn’t think I could fall in love with someone of my gender and now I am.” Look at that, because I’ve opened up my life to them.

Stoya: What’s the line there? Is it companionship plus sex is too much? Is that fine as long as no one’s sending flowers?

Rich: How many times can you hook up with that person before your partner becomes uncomfortable, before it becomes a relationship?

Stoya: These are all things that when you’re starting from a long-term, monogamous pairing, you want to have thought through beforehand. Marriage is essentially a business transaction, and the same as how a company has buckets of paperwork that dictate what happens in the event of this or that if someone wants to leave, et cetera, you want to have your own version of like, “Hey, here are the terms of our relationship. Here’s what’s okay. Here’s what we’re trying. Here’s what we’re going to do if it goes sideways in this way.”

Rich: One tangent that I wanted to just briefly touch on is the idea of I don’t know what it would be like for a middle-aged woman to dabble in that way with other women. I assume that it’s highly possible. There seem to be active social lesbians of all ages out there that meet and connect. Maybe there’s a lesbian cruise to go on. But the notion of a guy with bi tendencies who’s lived an ostensibly heterosexual lifestyle being able to pass into the gay world easily, I think does hold weight. Because I think with gay men, straightness has been fetishized traditionally. And I think that there’s a deep historical basis from this. There’s this amazing book by Jeremy Atherton Lynn called Gay Bar: Why We Went Out. Have you heard this? Have you seen this book?

Stoya: I’ve heard of it, but I haven’t read it.

Rich: It’s the best possible memoir, because this is a writer, and he hasn’t lived an extraordinary life in any way that would necessarily necessitate a memoir, but for the fact that he’s very good with words. But what he does in this book is constantly connect dots to greater social mechanisms and just cultural histories within his own nightlife description. I wanted to just quote the part where he talks about straight fetishization, especially as it was in the ‘80s and ‘90s.

“It wasn’t supposed to be about lowering standards, but reassessing the standardized image of sexy. Gay liberation in the ‘70s had helped replace the fetish for servicing straight guys with a mutual eroticism between gay men. After AIDS hit hard and stigmatized that very generation, gay sexuality often privileged straight dudes again. The city’s gay video stores were filled with DVDs of broke, straight boys, amateur military men, cocky skater boys. We watched as many of these as we could and were thereby informed that straight guys were hotter, scruffier, and yet cleaner when it came to disease. A bulk of the M4M hookup listings on Craigslist included the winning adjective, straight acting. I think a lot of us had grown tired of all that and we were eager to see one another as multidimensional beings. Handsome, funny, literate, flaming. HIV-positive status was something to work with, not recoil from, and homosexuality could be homo again, as in being attracted to somebody who reflected and affirmed aspects of your own faggoty self.”

I mean, the book is incredible. Really, it’s one of the best things I’ve read this year. I think it’s really fascinating to think of that straight fetish, which feels innate, which felt innate to me coming into gay sexuality and sexual activity. It’s like, “Yeah, I don’t know. There’s something about straight guys,” actually has this total historical basis about cleanliness and lacking disease that so defined gay culture in the advent of AIDS. Just something to think about.

Rich: Because of the stereotype of the college lesbian who—

Stoya: The tourist. I’m pretty heterosexual and even I reacted quite strongly to some of the phrasing and framing in this letter and she should be prepared to receive strong pushback. She should also be prepared to be asked very valid questions with an exclamation point at the end. Speaking from personal experience, that can be really uncomfortable, but if you can get over yourself enough to say, “Aha, this is actually a question that I can ask myself,” you do tend to learn things and grow. But it might not be the most gentle experience.

Definitely make sure that one of the things that’s being thought of in the opening up conversations is him having extra bandwidth to support her through likely bumpy experiences trying to date in the lesbian world. Also, there’s a whole other generation of people who are non-binary and trans and gender fluid, so our writer might want to factor that into the discussion. Not so much for the husband, who’s more likely to be having a great time getting hit on by dudes who are fetishizing his straightness. It likely won’t be as clear cut for her.

Rich: I mean, I feel like it’s a brave new world out there, so prepare to have your mind blown in all kinds of ways.

Rich: Good luck on your adventure and/or tourism. Bon voyage.

Can Apple Take Down the World’s Most Notorious Spyware Company?

The Bangles Cracked the Code of the 20-Year Nostalgia Cycle

Help! A Couple From Our Church Says We’re Stealing From Their Dead Daughter.

My Daughter Wants to Be Cut Off So She Can “Sink or Swim.” Should I Believe Her?

“Pack Your Patience”: Traveling in the COVID era 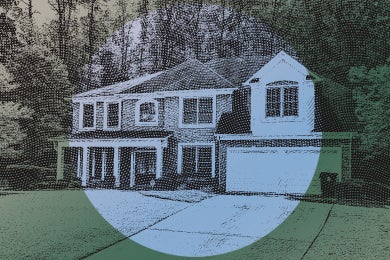 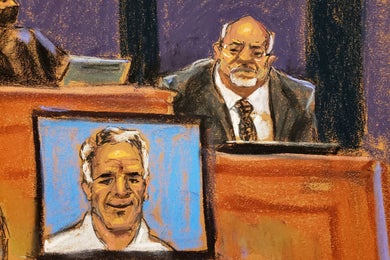 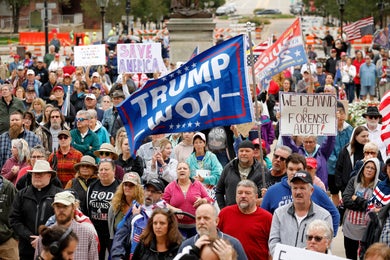 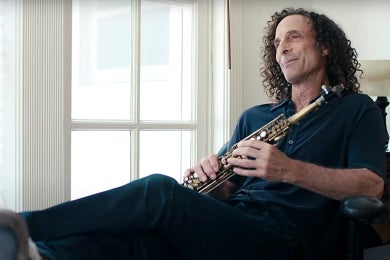 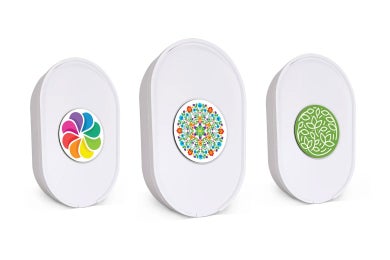 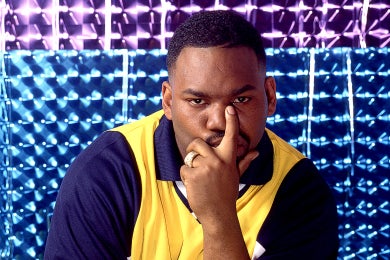 Raekwon Is Ready to Tell His Side of the Story