Jenée Desmond-Harris: So, what I couldn’t say in the official response because I had no evidence to support it is: He’s always been like this! I know it! This didn’t just sneak up.

Lauren Williams: Well, yeah. That is what I struggled with.

Akoto Ofori-Atta: Exactly. There is no way he was interested in equality if he was able to take such a drastic turn in six months.

Lauren Williams: Who goes from marching in BLM protests to talking about lynching “darkies” overnight. “DARKIES”???

Jenée Desmond-Harris: (Readers: We edited the actual slurs out of the version of the question we published, but Lauren is responding to the raw version, which did in fact include “darkies.”)

Jenée Desmond-Harris: Right! I guarantee—GUARANTEE—that if we got a transcript of their conversations over the past five years, there would have been multiple rants about wokeness and cancel culture.

Akoto Ofori-Atta: So like, during the insurrection, he’s all “yes, yes support Black lives” and then by the time Juneteenth rolls around, he’s all “you know, it’s time to bring back lynching.”

Lauren Williams: Perhaps I have watched too much Grey’s Anatomy in my day, but if we are taking her at her word, I did consider a possible tumor pressing against his frontal lobe. If all of this is true, he should go to a neurologist.

Akoto Ofori-Atta: Haha, but you’re right, the only plausible explanation, if we’re taking “suddenly” at face value, is that there is some ailment or mental health challenge at play.

Jenée Desmond-Harris: I mean, right. A medical checkup would be worth it. But even then … How is she going to feel about the person who got violently racist and had murder fantasies the minute something pressed on his brain? Seems like this stuff was ready to jump out.

Lauren Williams: The key to me, and you hit on it at the end of your response, is her quick aside about him being “victimized at work” for being an outspoken cis white man. RIGHT.
I would love to ask some follow up questions: outspoken about what? victimized how?

Akoto Ofori-Atta: So many questions, and she seemed very sympathetic to that.

Lauren Williams: And this was BEFORE his personality change?

Jenée Desmond-Harris: Yes, her willingness to buy that story calls into question how reliable she is as a narrator: “I’m so into BLM but as we all know, white men are victimized at work if they dare to speak.” What?

Akoto Ofori-Atta: Which is why I believe this couple got into BLM after George Floyd. And didn’t really care about any of it before. “Didn’t really care” is my generous reading.

Jenée Desmond-Harris: They followed the lead of Sephora and the NFL. That’s what it took.

Lauren Williams: Anyway, whatever her husband used to be and however reliable her perception of that old personality is, her current description is pretty vivid and horrifying.

Lauren Williams: He’s a monster. I don’t know what she expected someone to say to her beyond that. Yeah and I’m nervous for her, considering everything she laid out, and his tendency to “flip out” on her.

Jenée Desmond-Harris: She should have left on Jan. 6, when we all know he went on a guy’s trip to D.C. She had a couple of days to pack and leave then.

I also wish she told us, if she wants us to believe that this is all so sudden, what the hell happened six months ago. Like what was the catalyzing event here?

Jenée Desmond-Harris: I think it might have been when his supervisor was like “Bret, it’s not acceptable to tell your colleagues of color that they may deserve to be shot by the police.”

Lauren Williams: Unfortunately, there are a lot of people out there like her who are going to think that there is some formula or advice they can follow to help them get their loved ones “back” after they’ve been radicalized (or just emboldened) by this political moment. I don’t think they’re getting them back.

Akoto Ofori-Atta: Nope. Murder and lynching? He’s gone. But you were right to point out that leaving is hard. If she is going to try to work it out, and try to make him better, she should definitely stop arguing with him about why Black people have the right to live. And tell him what she told you, that she doesn’t want to be married to a racist!

Jenée Desmond-Harris: But she should tell him that from her apartment across town.

Jenée Desmond-Harris: Because the combination of murder fantasies and snapping at her makes me very nervous.

Akoto Ofori-Atta: I’ve never heard of someone who stopped being racist and anti-trans because their wife argued them down about it right when they were at the peak of their bigotry journey. And yes, he sounds dangerous!

Jenée Desmond-Harris: Never. Not once.

Akoto Ofori-Atta: I agree, not at all likely to help! But if she’s not inclined to leave right now, like she should, then she should at least make her position known.

Jenée Desmond-Harris: I also think she should apply a little more scrutiny to future partners. A person who is for equality until the moment it gets to feel like a little too much or takes away some of their power is not actually for equality. Even if they have a BLM sign.

Lauren Williams: I also wonder if something that has happened here is that she has changed a bit in her understanding of race and LBGTQ issues

Lauren Williams: She has grown and he has not.

Jenée Desmond-Harris: Like she switched from “sure, they deserve to live” to “systemic oppression exists and we need to look at ourselves as straight white people and he was like whoa whoa whoa, too far!

Lauren Williams: She thought he would grow with her and instead he regressed, so they started out closer to the same place and now they have greatly diverged.

Akoto Ofori-Atta: (I’m also just catching that in addition to anyone who is not white and straight, he also hates homeless people! Jesus.) But yeah, I think that is plausible. Although I keep getting stuck at her belief that he has been a victim of some discrimination against white males.

Lauren Williams: Maybe he was just going to the BLM rallies for her, and has now decided to stop pretending.

Akoto Ofori-Atta: That could still mean she’s further along than him, though.

Jenée Desmond-Harris: There are way too many women who stay with men who are backward bigots. I don’t want her to be one of them. Especially because he’s a DANGEROUS violent bigot.

I hope she doesn’t fall into the whole “our love is stronger than our political views” BS.

Akoto Ofori-Atta: I hope she realizes this is untenable and leaves today! Keep going to protests sis! Maybe you’ll meet someone who actually isn’t a racist!

Russian Media: Russian Gymnasts’ Gold Has Nothing to Do With Simone Biles

How Parents Should Talk to Their Kids About Simone Biles

The Nine Things Wrong With Olympic 3-on-3 Basketball

How Do I Finally Cut Ties With My Emotionally Abusive Mom?

What Is Blood Red Sky, the German Horror Movie That’s No. 1 on Netflix? 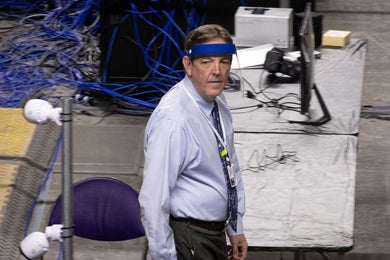 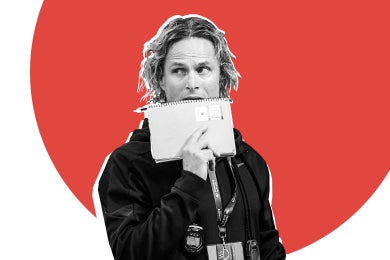 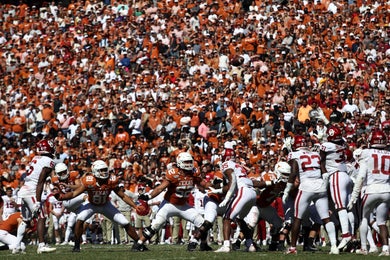 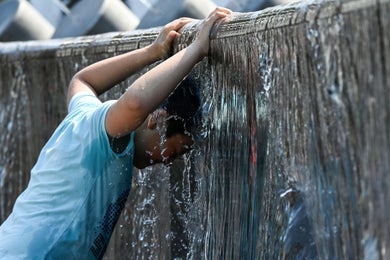 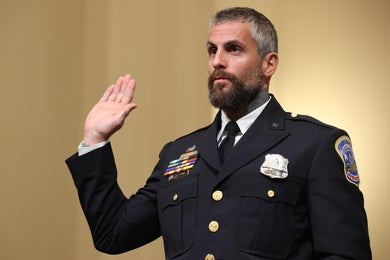 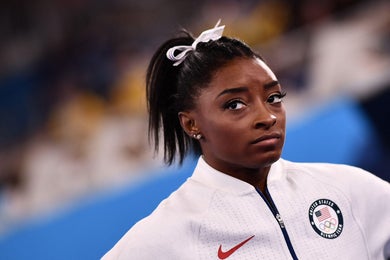 Simone Biles Unsure if She’ll Compete Again at Olympics: “I Just Don’t Trust Myself As Much As I Used To”