Elizabeth Sampat: I suppose there is a chance that Chris is a Machiavellian schemer who wants nothing more than to separate this person from their daughter, but I think it’s also possible that the daughter may be feeling truly free and independent for the first time in her life, and therefore able to set boundaries and make decisions they never felt strong enough to make before.

Daniel Lavery: yeah, given that the daughter has screamed at the LW the last few times they’ve spoken directly, it seems really clear to me that she has consciously asked her husband to run interference (because she doesn’t want to keep screaming at the OP!)

Elizabeth Sampat: Sometimes kids are sweet and thoughtful because they’re afraid of what happens when they’re not! And that behavior can change when they’re adults who are no longer afraid

Elizabeth Sampat: I also think it’s interesting that the LW hasn’t really given much detail about WHAT their daughter is shouting

It just smells like a whole bunch of denial

right! what was she screaming about?

and the only weight the LW gives that is “oh, but it wasn’t demeaning”

Elizabeth Sampat: Right!! Note the LW didn’t say it was a COMPLIMENT. Just “not demeaning”

Daniel Lavery: “No, you’re wrong, I don’t demean you — that’s another one of your faults”

Elizabeth Sampat: If someone asks if you liked the show and you reply that the seats were comfortable, that’s not TECHNICALLY demeaning, but you get your point across

Daniel Lavery: very Lucille Bluth “If that’s a veiled criticism about me, I won’t hear it, and I won’t respond to it”

and as I tried to stress in my original answer, this doesn’t have to mean the LW needs to say “Every time my daughter yelled at me she was right to do it, I’m a monster, cast me out of society”

Elizabeth Sampat: Yes!! like, I DO think that there may be a future when the daughter wants to let the mother in more? But I only really see that happening if the mother actually takes some time to think about what her daughter has been shouting, and ask herself seriously, “where is the kernel of truth in this?”

Like even if she’s not ready to take what her daughter is saying at face value, she can try to find the places she can see her daughter’s perspective

Daniel Lavery: right — You don’t have to say “Everything I’ve ever done is wrong” in order to try to see things from your daughter’s perspective

every time she gets angry with you or puts distance between you, it sounds like you act completely baffled

but you can’t possibly be baffled *every time*

Elizabeth Sampat: But if she’s constantly refusing to think she did ANYTHING that could have POSSIBLY upset her daughter… I mean, I wouldn’t want to talk to anyone who did that to me either!

Daniel Lavery: if someone who ended our last three conversations by shouting at me subsequently blocked my number, I might very well be hurt, but I wouldn’t be shocked

Elizabeth Sampat: Absolutely. And it’s worth pointing out that even if in a conversation or a moment, you’re being perfectly calm and reasonable in your mind — your daughter might have decades of stuff she’s been sitting on while being so polite and good-natured!

Daniel Lavery: so the question now is what can the LW do with these insights/possibilities

because one thing I feel pretty clear on is, she should not try to contact her daughter or Chris right now

Elizabeth Sampat: I think the only path that can lead to reconciliation is showing your daughter that you respect her, and unfortunately that means respecting her desires not to interact with you

Yes!! Maybe, MAYBE, after a significant amount of time (months, minimum) of observing her wishes, you could send a note saying you hope she’s doing well and telling her you love her. But it’s pretty clear that it’s the daughter’s turn to call the LW, if she chooses to do so.

It’s great that the daughter is showing up for really important family events like birthdays and funerals, but LW, PLEASE do not try to corner your daughter into having a tearful Gilmore Girls moment at any of these events!

I know you must miss her terribly, and that you love her, but that will ONLY make things worse

Elizabeth Sampat: Always take cues from how much space she’s giving you, and act accordingly

Daniel Lavery: the thing here is to figure out, how can I bear the things I find unbearable?

because if your threshold for pushing this boundary again is “If I feel really, really bad, then I have no choice but to try to get her to talk to me again”

then you will keep upsetting her and violating her (at this point quite clear) boundaries, which is not only wrong but counterproductive — it will get you farther away from the possibility of future reconciliation

Daniel Lavery: And reconciliation in this case, if it’s ever possible, will have to include something like “I’m willing to listen if you want to talk about how I have hurt you, and I will not get defensive or dismiss you out of hand.”

and if you can’t actually offer that, if all you want is renewed closeness without actual change, you are not offering reconciliation but a return to the kind of relationship that made her so angry to begin with

Elizabeth Sampat: Right! Do you want to be close, or do you want things to be the way they were? Because I am guessing your daughter would not think those were the same things.

And I know therapy is always part of the answer, but PARTICULARLY in cases like this, it can make things much more bearable when you’ve got someone whose job it is to center the pain you’re feeling, as opposed to getting into a Battle Of The Pain with your daughter

Daniel Lavery: yes! and you do deserve a place to discuss your own feelings, especially the pain that comes from not getting to meet your grandchild

you will only lengthen this estrangement

that part is in your power to change

you can get yourself ready for a real possible conversation someday

Elizabeth Sampat: Yes! My sincere hope for this LW is that she comes out of this with very different and very fulfilling relationships with her daughter and grandchild, but that’s a very long term project, and the hardest part of it is going to be the work she does completely away from her daughter

Daniel Lavery: yeah and i also want the LW to be able to find a way to live with the very real possibility that she won’t get that

Elizabeth Sampat: Right! It’s ultimately not something she can control

Daniel Lavery: you are of course entitled to feel pain on that front, but yes, people do decide to end family relationships, they are not a guarantee, and you cannot force your daughter into a relationship with you she doesn’t want

Daniel Lavery: also, come on: the only thing you say to a bride on her wedding day about her wedding dress is how good it looks!!!

Elizabeth Sampat: I WAS LITERALLY JUST TYPING “and if the daughter sees this: I’m sure your dress was amazing”

Daniel Lavery: she clearly chose that outfit on purpose! it’s her dress! and it’s too late to change! anything less than “you look fabulous” is definitely a slight!

“wow, you really went with something non-traditional, didn’t you?” is not a compliment
don’t try to fudge your way out of that one

“that’s so interesting! but then you always do make the most surprising choices”

Elizabeth Sampat: It might not have been what 5-year-old her would have picked, but she obviously loved it and was proud of her choice

Daniel Lavery: “You know, if you want to avoid criticism, sometimes a diet is the best defense.”

Elizabeth Sampat: One thing I think about a lot is what I’d feel in the LW’s position – that, as hurt as I would be, I definitely think part of me would feel proud? Because part of our job as parents is to raise independent kids who can set boundaries and stick up for themselves and make their own decisions

If I wouldn’t want my kid to keep someone in their life who made them feel the way I make them feel, I don’t have a leg to stand on to try to keep them in contact with me

Dear Prudence Slate Plus
23m ago

The Big Lie Lives On

Will a Patent Waiver for COVID Vaccines End the Pandemic? 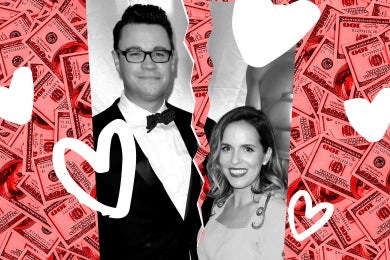 I Just Spent 10 Hours Listening to Marriage Advice From a Power Couple That Went Kaput. Whew. 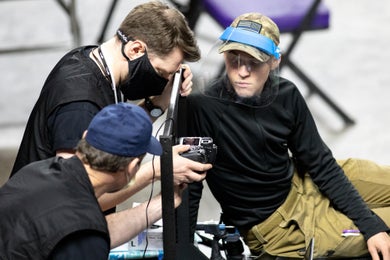 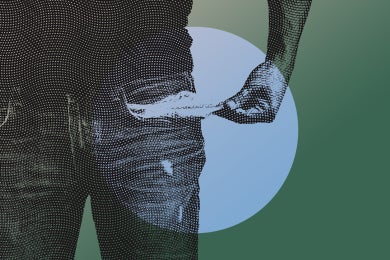 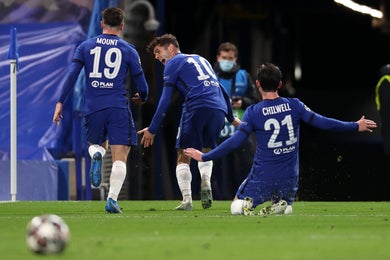 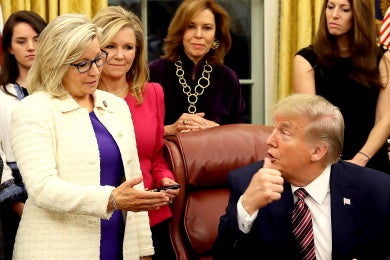 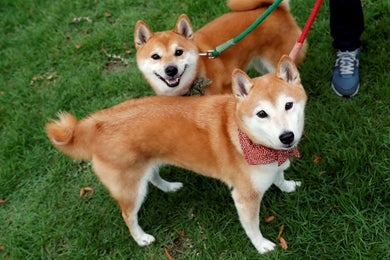 Dogecoin Is Surging Again Because Elon Musk Is Going on SNL, and It’s Glorious