Shannon Palus: There are a few things happening in this letter, but I think the main question/anxiety here is actually somewhat straightforward: it is very reasonable to feel dread about leaving one’s home regularly after a year of holing up!

I want to stress that all this fear and residual sadness and dread of rejection make sense, deserve care and attention and support — and that you absolutely must not bring any of that energy to conversations with your employees, no matter how much your workplace feels like “a family”

They are not your family! You have the power to fire and promote them!

Shannon Palus: Also WHY are your coworkers–your subordinates?–asking you about your sex life!

I suppose it’s not so much that they ARE asking, but that there is a FEAR of them asking.

Danny Lavery: Yeah, I think it’s possible to have a very friendly relationship with your boss that doesn’t necessarily include “inevitably” asking him “So, are you seeing anyone?”

but the good news there is that you are their actual boss! Even if they were your peers and colleagues, you’d still be able to politely deflect, but since you’re their boss you have a lot of ability to shut that question down

You can just say “Nope! Did you do anything fun this weekend?”

And you can also as the boss set the tone – if you’ve been in the habit of asking your employees a lot about their dating lives too, now would be a good time to scale back

that there seems to be some sort of shared expectation that because he’s the boss, everyone else needs occasional updates on his emotional balance otherwise he won’t be able to keep the company going, and that’s a really dysfunctional expectation

Shannon Palus: I do wonder if the expectation actually exists, or if it’s just that this person has gotten so, so anxious about their dating status that they feel like everyone in their life is concerned about it too. Like when you have a pimple and it seems like everyone must also must be able to see nothing but a big red blotch when they look at you.

Danny Lavery: (sorry for the wall of text)

They really might mean well, and it’s totally fine just to politely deflect and move on to other topics

Shannon Palus: It’s very possible that no one will ask you this question, and that if they do, they are really just awkwardly reaching for some version of “so how have you been while cooped up for an ungodly amount of time during a crisis”.

Danny Lavery: and, not that I think we’ll be able to solve the LW’s attendant self-loathing after a pretty devastating divorce, I think it will help them to reframe “I know I’m unattractive because my ex-wife didn’t want to sleep with me and slept with other people” as “My ex-wife cheated on my and hurt me”

that makes a lot of sense to me

Danny Lavery: you don’t have to act like a robot and say “Professional subjects only”

but it seems clear the LW really, really needs someone (preferably multiple someones) he can talk to about this openly and without editing himself

and as long as it’s not your kids or your employees, go wild

Shannon Palus: Also, the feeling that people in your life in other areas–friends, family–are going to try to pep talk you about dating is real and is a real concern. It sounds like this is just not something you want to discuss with people casually in general right now, and that’s understandable

Pick your someones to discuss it with, and do the canned answer for everyone else

Danny Lavery: yeah it’s really hard when you want to talk about something hard but feel like all you can do is make glancing jokes about not wanting to split your assets in a divorce

I feel bad because it’s clear this LW is really suffering and has been for a long time, and I’m mostly stressing “do not pressure your employees to hear really intense things like ‘I don’t want to share a bed with someone who doesn’t want me’”

but I also think that it’s a good idea to stop having jokes you only say to the men in your office, and not to the women or in “mixed company”

And again, we can’t solve the big problem of feeling unattractive or rejected right now, but I wonder if there’s something you can do now that makes you feel more attractive. Many of us are in a really weird spot grooming-wise right now! I had a month where I showered like four times and felt very gross!

Your mileage may vary here, but make plans for a nice haircut? Buy a new sweater? What makes you feel good?

Danny Lavery: Yeah, I really feel for him on that front! That kind of long-term sexual rejection from a partner can be absolutely devastating, especially when it’s coupled with betrayal

Shannon Palus: It must be devastating to be working through these feelings when you’re not getting much social feedback…at some point after a big hurtful breakup it helps to go into the world and date or just flirt and get the impression that you’re not this ugly thing you have come to see yourself as

Oh no, it is a process

Danny Lavery: but I agree that treating his body and appearance with as much care and as little contempt as possible – not necessarily trying to get all decked out every day and “feel good,” but trying to be kind to himself – will help

Right like don’t buy anything over $100, that won’t fix it

Danny Lavery: in your capacity as just a human being, give yourself a lot of time and freedom and care as you work through this; you deserve it. In your capacity as a boss, give your employees minimal information about your personal life while remaining friendly and available

Hah! I mean, as long as you’re not jeopardizing your kids’ grocery budget, I’m okay with maladaptive retail therapy once in a while

Yeah, and as someone with social anxiety who is also nervous about things returning: canned answers are great.

Danny Lavery: I bought an expensive smock shirt from one of those goofy ‘we make gender neutral smocks and that is the FUTURE’ companies last month after wearing the same shirt for [REDACTED] during the pandemic and I’m really glad I did. Makes me feel like I might throw some pottery.

Scott Rudin Apologizes for Abusive Behavior, Says He Will “Step Back” From Broadway

My Boyfriend Just Confessed a Profound Betrayal. I Can’t Tell If My Reaction Is Too Much.

Poll: More Texans Would Vote for Matthew McConaughey Over Greg Abbott for Governor

Putin Foe Navalny “Could Die at Any Moment,” Doctor Warns

Dear Care and Feeding: My Grandfather Left Me His Entire (Huge) Estate. Should I Share It With My Family? 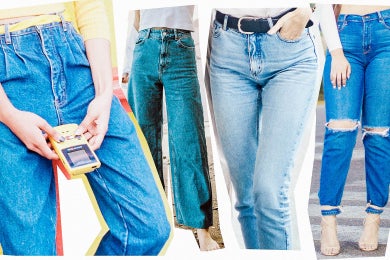 Really Though, What Jeans Are in Style Now? 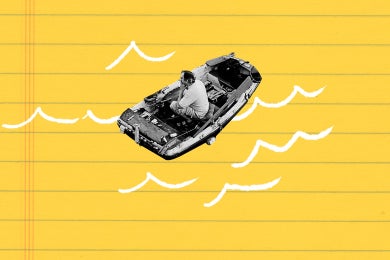 I Survived 438 Days Lost at Sea on a Boat the Size of an SUV. 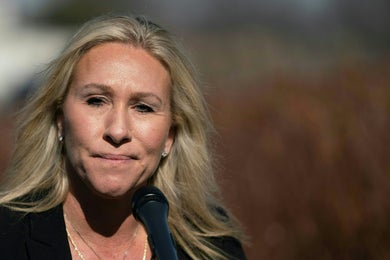 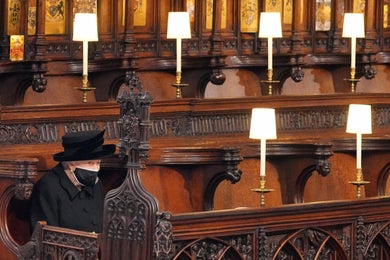 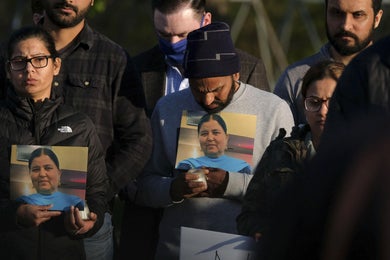 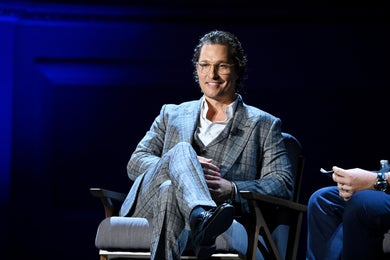 Poll: More Texans Would Vote for Matthew McConaughey Over Greg Abbott for Governor