Frankie Thomas: This is a tricky one!

I don’t fault the letter writer for being able to afford a nice house, but I also think there’s a good chance that their friends can come around if they talk to them separately

Frankie Thomas: If the sitcom Friends taught us anything, it’s that income disparity is a source of tension in adult friendships — but in this case, I find myself wondering if there’s more to it than that

Daniel Lavery: I think the clue might lie in this:

“I even held off on telling some of them because I was afraid of their reaction.”

Frankie Thomas: Yes! I see a ton of shame on the LW’s end, and not a ton of concrete examples of their friends specifically complaining about the wealth disparity

Daniel Lavery: yeah and I think if you just started avoiding the subject with them (and possibly avoiding their calls altogether?) they might have assumed that you DID think you were too good for them

Frankie Thomas: “Too high society for them” is in quotation marks, but surely that’s not a direct quote from a friend? (Who talks like that?) Might it instead be a quote from…the voice in the LW’s head?

Daniel Lavery: but I do think that it was a mistake to assume that saying ANYTHING would be rubbing their noses in it

Frankie Thomas: I certainly don’t want to downplay the very real tension that might be happening as a result of this wealth disparity

Especially under current circumstances, I wouldn’t begrudge a friend for feeling jealous or at least conflicted

Daniel Lavery: yeah, and I don’t think your friends are going to bring this up independently

and I think if you’re just straightforward that people will appreciate it! They will probably prefer it to awkward silence

these are your close friends, not like, acquaintances acting overly familiar and trying to pry into your private life

so it’s like, if you’re used to talking about money with your friends, and then all of a sudden you stop, they’re going to notice and probably feel hurt

Frankie Thomas: I want to suggest, too, that this situation can happen even when there’s not a wealth disparity at play — that it’s hard in general to maintain old friendships in adulthood, especially once people pair off and get married and buy houses

Frankie Thomas: And that the LW’s fixation on the wealth disparity might say more about their own shame and insecurity

Daniel Lavery: and I don’t want to dismiss it entirely, of course

Daniel Lavery: you may very well have some friends get snide about it

Daniel Lavery: and I think my advice there would be mostly — if they’re old and true friends, try to be patient with them

if it keeps going on, you can ask them to stop being snide and tell you what’s really bothering them so you can try to hash it out

but even then, stay patient; I don’t mean you should just let anyone say anything to you because you have more money than they do, but try to bear their circumstances in mind when you ask them to speak more kindly/directly

Frankie Thomas: What do you make of the final three sentences of the letter? Those questions sure do escalate quickly!

They really seem SO READY to write off all these friendships, and I can’t tell how much of that is catastrophizing and how much of it is a wish

Either way, I guess, the LW might benefit from some soul-searching about which friendships are important to them and what they’re willing to do to preserve them

and again, I do have sympathy for it — it’s not like there’s a well-known, readymade script for “how to talk to your friends when you move up a social class and they don’t”

Frankie Thomas: No, and in fact there are precious few scripts in general for how to address conflict with friends

Daniel Lavery: and I really do think if they reached out to their friends individually and apologized for avoiding the subject because that gave off the wrong impression
that it would possibly save some, if not most, of these friendships

and by the way, I don’t mean they should like, invite feedback on whether they should have gotten the house

I don’t mean they should say “Hey for the next hour it’s just open season on my financial life, tell me whatever you think and I’ll grin and take it”

you know? It will have to be based on some sort of shared acknowledgement of that reality; it doesn’t mean you have to discuss it every day but it can’t be because you all just agree to pretend it didn’t happen

Frankie Thomas: Well actually, you’re raising something that’s an important subtext of the letter: the LW’s terror that a friend will explicitly say, to their face, “Money has changed you” or “I’m angry that you have a house and I’m still struggling even though I’m just as smart as you”

A sort of My Brilliant Friend dynamic

I’m really picking up on that fear in the letter

and as hard as that would be, at least you’d know the friendship was over

instead of suspecting it and feeling anxious

Frankie Thomas: And I can’t promise this won’t happen, but I think it’s survivable and I don’t think the reality will hurt as much as the voice in the LW’s head

I just think it’s important to look for ways to go easy on your friends, if you can —

it’s been a really hard year for everyone, especially financially, and without discounting the LW’s pain, I can really understand why some of their friends might just feel raw and beset by scarcity these days

Frankie Thomas: Tall poppy syndrome? I don’t know that one, is that like the opposite of the crab bucket? Like when a crab escapes the bucket and blooms into a beautiful flower?

Daniel Lavery: see this is what I get for casually throwing around expressions from the Commonwealth without grounding myself in the culture or whatever

Frankie Thomas: Oh, so actually the same thing as the crab bucket

Daniel Lavery: although apparently it predates the commonwealth by quite a lot:

The concept originates from accounts in Herodotus’ Histories (Book 5, 92f), Aristotle’s Politics (1284a), and Livy’s Ab Urbe Condita Libri, Book I,[7] with reversed roles, referring to Periander’s advice to Thrasybulus via a herald.

The specific reference to poppies occurs in Livy’s account of the tyrannical Roman king, Lucius Tarquinius Superbus. He is said to have received a messenger from his son Sextus Tarquinius asking what he should do next in Gabii, since he had become all-powerful there. Rather than answering the messenger verbally, Tarquin went into his garden, took a stick, and symbolically swept it across his garden, thus cutting off the heads of the tallest poppies that were growing there. The messenger, tired of waiting for an answer, returned to Gabii and told Sextus what he had seen. Sextus realised that his father wished him to put to death all of the most eminent people of Gabii, which he then did.

“I just think if you guys would read Livy’s Ab Urbe Condita Libri, you’d understand my position a little better”

don’t say that, and you’ll be fine!

Frankie Thomas: So the “syndrome” is not experienced by the tall poppy, but by the poppy’s jealous short friends

Daniel Lavery: and the pre-eminent of Gabii, presumably

Frankie Thomas: But anyway, your point is well taken: if your friends are financially struggling, that’s extremely real and perhaps a bigger problem, in the scheme of things, than their ability to be happy for you and your nice house

Daniel Lavery: yeah and if you have an opportunity to help any of them out, it might be worth considering

Frankie Thomas: And if you can see a way toward being there for them in whatever way you can, that will go a long way toward repairing the friendship

Daniel Lavery: I don’t want to say like “give them each 500 bucks and that’ll solve your problem,” exactly

and I imagine mutual support might be one of those values!

and that doesn’t mean “give anybody who wants money anytime they ask for it,” but it does mean that sharing the wealth might be a value you want to carry with you into your new tax bracket

Frankie Thomas: It’s worth noting that the LW doesn’t even address the option of financially assisting their friends in any way

I don’t know why they chose not to bring it up, but that’s another question for them to contemplate in the aforementioned soul-searching

Daniel Lavery: well, I really don’t want to make too many assumptions there —

Frankie Thomas: Oh, I didn’t mean to imply anything at all, I just thought the absence was interesting

Daniel Lavery: oh yeah, I see what you mean — it might help to get out of their own head/own circumstances and consider their friends’ positions when they make their next moves

Frankie Thomas: I just want to wish the LW good luck! It’s a lonely time in general, and friendships are so special, this is really worth working on

Why This Time Is Different for Andrew Cuomo

The Unlikely Overlap in WandaVision and Nomadland’s Portrayals of Grief

Who Gets First Amendment Protections These Days, Anyway?

Senate Democrats Get Ready to Take Up COVID Relief

“He Was Really One of Us”: Henry Aaron’s Life in Black Milwaukee

Telehealth Has Been Good in the Pandemic. It Could Be Great Long Term.

Help! My Husband Has Been Sexting His Cousin.

Who Put Pantone in Charge of Color? 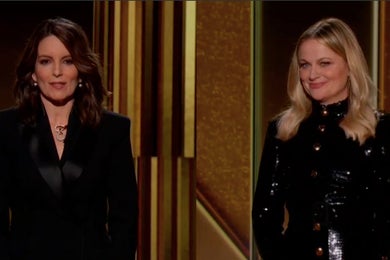 The Best Movies and TV Shows Coming to Netflix, HBO, Amazon Prime, and Hulu in March 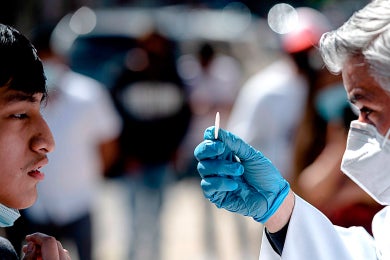 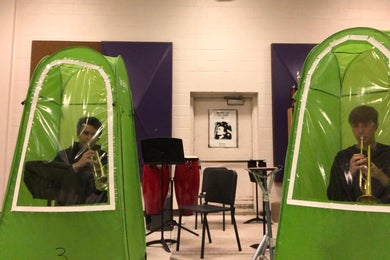 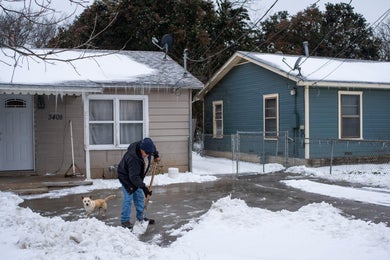 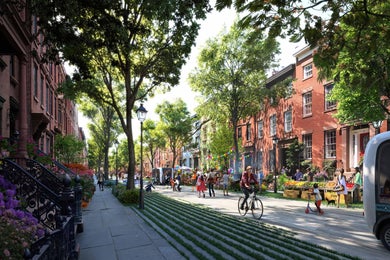