like, if you are doing that much work to pretend you are working…you’re kind of tricking yourself into working?

Matthew Dessem: I guess “not relishing” something is better than doing something you hate, like your job, but I really don’t see why you’d have to do either. One thing I’d want to know is if the “family” complaining includes your wife. If it doesn’t, I don’t think you owe anyone an explanation. If it does, you obviously won’t be able to keep up the subterfuge.‪

Danny M. Lavery: right — it seems like the line about the LW and his wife living modestly and how she already knows how much money he has saved up implied (to me at least) that she’s on board with this

but even a really frustrating conversation where you tell your relatives “I don’t want to discuss this anymore, you don’t have to like my decision but I’ve thought about it carefully and you do have to respect it” is less work than pretending to have a job for the next 15 years

would your wife have to lie about it too? or would you pretend you had a job for her benefit? it’s just so complicated!

Matthew Dessem: Also, there’s a huge difference between “stopping contributing” and stopping doing something you hate in exchange for money you don’t need.

assuming all jobs contribute something meaningful to society feels like a stretch, but also you don’t have to contribute anything in order to, you know, be alive or enjoy your life!

Matthew Dessem: Having the freedom to not do a job that makes you unhappy is a gift, so unless you made the money running guns or whatever, it’s not something to be ashamed of. (And if you did make the money running guns, all the more reason to quit.) There’s no sense making yourself miserable in the name of solidarity.

Danny M. Lavery: right! Good for him, I wish everyone could retire in their 40s

just a good reason to, you know, contemplate what you want to do with the next few decades that seems meaningful and pleasurable and worthwhile

Matthew Dessem: Or at least two out of three. I’ve seen enough screwball comedies to know that nothing good will come from trying to maintain a long-term deception, no matter how unverifiable, and although from this letter it doesn’t seem like your friends and family have a legitimate reason to be mad about this, they would have good reason to be mad if you went to great lengths to avoid telling them the truth.

Danny M. Lavery: yes, and I’ve seen enough screwball comedies to think it’s very likely that if you tried to pull this deception off, that they would absolutely find out sooner or later

so you would just be making more work for yourself

and the goal here is less work!

Matthew Dessem: Unless you want to spend your retirement constructing elaborate false realities for other people, in which case, you should aim higher than “fake job.”

Danny M. Lavery: since he says his concern is that he’s worried he’ll get “hostile” do you think it makes more sense for him to just declare the subject off-limits until he’s put in his notice and it’s a settled deal?

I mean, if you’re worried about your ability to express anger reasonably, and you’ve got a lot of money and time on your hands, I guess you could start going to a lot of therapy!

Matthew Dessem: Yeah, I think decisions about careers and money should be a pretty easy thing to declare off-limits–as long as the person complaining is not in your significant other.

you really don’t have to convince them it’s a good idea, even if they’re your cousins or siblings

Matthew Dessem: Exactly. If they think less of you for it, that’s not really something you can fix without making yourself unhappy.

I’m going to feel pretty bad about giving this advice if the letter-writer runs an orphanage or something.

Danny M. Lavery: well if he hates running the orphanage, maybe it’s better for the kids if they get a fresh director

someone whose spirits are still buoyant and fresh

My Husband Watched Me Have Sex With My Best Friend, and That … Didn’t Turn Out So Well

Cuomo Says “No Way” He’ll Resign as Allegations Pile Up

Sen. Manchin Says Filibuster Should Be “Painful” to Use

Dear Care and Feeding: My Son Misremembers His Mom’s Presence Throughout His Childhood

How an Audiobook Narrator Plays All the Parts 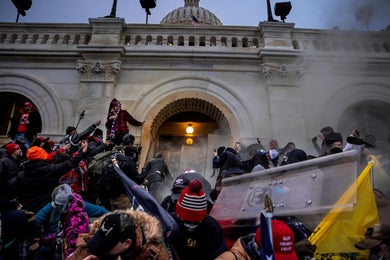 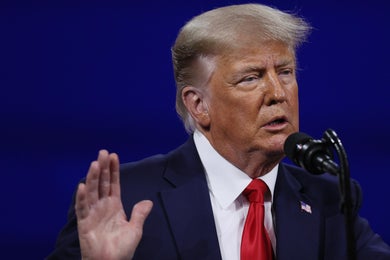 Sen. Manchin Says Filibuster Should Be “Painful” to Use 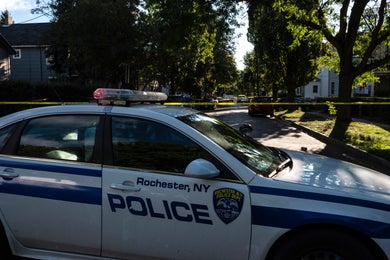 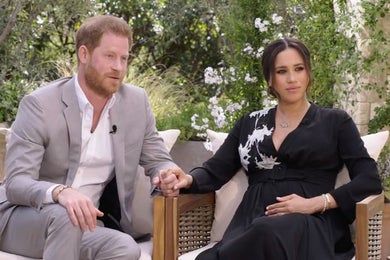 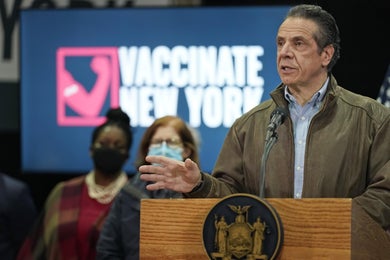