‪Zoë Selengut: OH no, I can feel the wicked impulse to take a Mom’s side growing inside me. this is never good. we can all (all except the writer’s mother) agree that the boyfriend is a boor beneath our notice. I hope we can

Zoë Selengut: they’re the only kind I have

Danny Lavery: yes, Adam behaved like an ass, that much is not in doubt

‪talk to me about your feelings about this mother in particular

Zoë Selengut: two things seem obviously true to me: A. that everyone does behave like an adolescent in the house of their mother except for the brief time between adolescence and full adulthood, after which they revert, and when they don’t behave that way outwardly they still often feel the regression internally; and B. it is rude to point that out, it trades on the real helplessness felt by real adolescents and echoed in memory by adults who are feeling like adolescents. but

‪Danny Lavery: right! It’s a very adolescent response, to say nothing when someone is being rude until you explode and say “You’re not my dad!”

‪but I think the better thing would have been to say “Please don’t give me any advice, I’m not looking for any” when you were only a 4 on the 1-10 scale of “angry at my mom’s boyfriend”

‪Zoë Selengut: but also C. it is a brutally unfair thing for a fully grown woman who has lost one and possibly two full life partners, who is old enough to be a grandmother, who has successfully or unsuccessfully raised two children to adulthood and now would like to move on to the boyfriend-having stage of life, to be stuck in the Mom costume like a tractor with its wheels in the mud FOREVER. “abandoning your family” does not seem like a fair thing to task someone with in this position just because she is getting over grieving and wrapped up in a new awful boyfriend

‪like I am sure it seemed like a sudden and distressing abandonment when the mother changed from leaning on her “rock” for everything post-bereavement to a much more distanced mother-child relationship. but that overcompensation is not necessarily only the result of having shit boyfriends (bearing in mind of course that it can be)

‪emotionally collapsing and having to lean on your children for emotional support after being widowed sucks. sucks!

‪anyway I think my position is that in answer to the direct question, Yes it is fine to wait on an apology even though I doubt one is coming, Yes it is fine to not talk to your mother when you don’t want to. that is almost always true in general and definitely true when she doesn’t urgently need you for anything.

‪and yes it is fine to despise her boyfriends

Zoë Selengut: but I doubt they are after acting like the writer’s dad so much as trying to pretend comfort and assert control. you still got to shut them up and knock them down a peg, but it’s not about that. I am guessing.

‪ Danny Lavery: it makes sense to me that the LW feels angry and hurt, it seems perfectly fine to want their mother to apologize, although I can’t promise an apology is forthcoming

‪because I agree, part of what just seemed really obvious there is that the mom was just….feeling good, and happy to be feeling good after grieving a horrible loss

‪Zoë Selengut: yeah and speaking as a onetime adult child, just because a mother is good at guilt-tripping you doesn’t mean it’ll work if you try to turn it around and guilt-trip her. they don’t care for that, generally

‪but I do think the LW can take heart from the fact that when they did eventually have that conversation, their mother listened to them and started calling more

‪Zoë Selengut: yes! and of not wanting to get stuck in unhealthy patterns of relating (i.e. I know I’ve read letters or heard stories about widowed parents who just never move on from needing the kid to be the “rock” which is harder to fix)

‪it isn’t ever considerate to get so involved with a dumb boyfriend that you start ignoring your friends or adult relations, but it’s very forgivable if you want to forgive it.

‪Danny Lavery: yes, and for the LW, I think it will help to lower their expectations and assume they probably will not like any of their mom’s boyfriends

‪and for their goal to be “if he’s rude to me, I’ll say something when I’m only annoyed and still capable of polite speech”

‪and if you can say to your mom something like “I’m sorry I lost my temper last weekend, I should have said something sooner” (which is a gesture towards reconciliation but doesn’t apologize for having been annoyed by his rudeness) she might be likelier to offer an apology of her own

Zoë Selengut: my final bit of speculation is just that if the writer loved their stepfather & considered him a parent (not to assume) or even just liked him, it may seem like a betrayal to see their mother making a big downgrade in quality standards.  but there are people who shut an internal door on great loves after the first one or two, if the first one or two lasted a long time. maybe the mother isn’t looking for a replacement, just a steady diversion. it’s hard to know that kind of thing even if you’re her own child. it  doesn’t have to mean that much for her to have lousy taste in men, if you can negotiate a polite distance between them and you. she should insist that everyone be polite to her kids in her house. for sure.  but she’s old enough she can date without having to think about the huge responsibility of auditioning potential new stepdads. a freedom she might not have had before, or not for decades.

‪that is the end of my mom-defending. won’t do it again

‪Danny Lavery: I’m glad we got to experience a rare weather phenomenon like this one today

‪it’s okay to be mad at your mom, it’s okay to want her to apologize, it’s also probably a good idea to cultivate some serenity around the fact that she dates guys you don’t really like and that you’ll probably never adore any of them

Karl Rove: Trump More Likely to Be Convicted if Giuliani Defends Him in Impeachment Trial

Trump Leaving Office With Lowest Approval Rating of His Presidency

Help! My Husband Won’t Let Me Go a Day Without Makeup.

Dear Care and Feeding: My In-Laws Gifted My Daughter a Stuffed Dead Rabbit. She Loves It.

Novelist Jonathan Lethem Likes to Be Surprised by His Own Stories 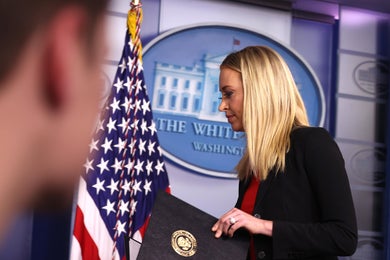 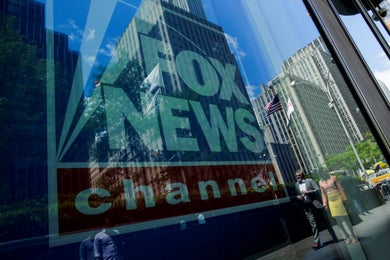 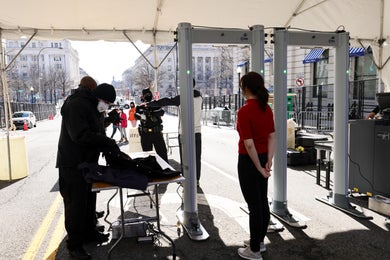 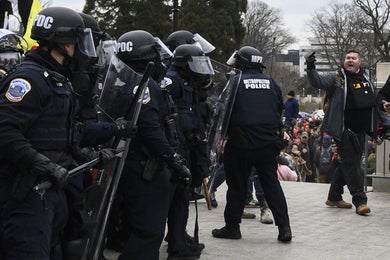 Officer Almost Crushed by Capitol Mob: “If it Wasn’t My Job I Would Have Done That for Free” 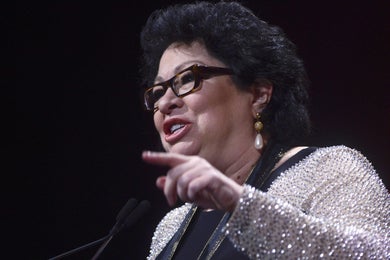 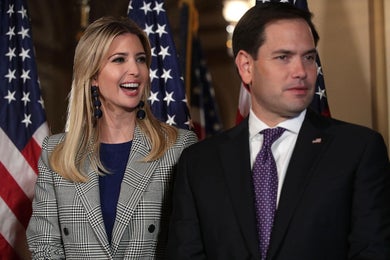