Torie: My heart goes out to this writer. That cycle of avoidance and shame is their parents’ ultimate (and cruel) punishment

I am so impressed by their plan to move to a smaller, more manageable home, but I worry that if they are afraid to talk to their therapist, they may end up in the same situation

Danny: Right, I’m torn between wanting just to address the very specific question (how do I actually get my place now clean enough for a cleaner to visit) and also wanting to gently push against this certainty of “I cannot tell anyone about this, ever”

I mean, I certainly don’t want this letter-writer to tell her family

I only want to encourage increased distance on that front

Torie: Absolutely–I don’t think anything good would come of telling her family about this

I am horrified by the idea of cleaners publishing before-and-after photos without permission!

Danny: yeah, that’s really upsetting, and I don’t wonder it makes her afraid

because it will really help to know you’re not calling someone who normally just does bog-standard sweeping and vacuuming who’s going to be shocked, but professionals who regularly deal with blood, bodily fluids, mold, sewage, etc and have the tools, training, and resources to handle it

there are a ton of services like that out there, who help people dealing with hoarding for example, who might honestly find your house to be relatively low-impact

so they won’t walk in and say “Oh no, this is the worst thing I’ve ever had to deal with,” but “Oh yeah, I know just how to handle this, and the job I did last Thursday was much more difficult”

Torie: It may be a little healing, even, for her to have someone deal with this mess in a matter-of-fact way, instead of castigating her

Side note, I have so much respect for people who do this work! They are unsung heroes

Danny: I also recommended that if it would make things feel less fraught, she can always pretend to be her own roommate

that is a time-honored way of distancing yourself from embarrassment

or her own partner, or whatever

just make up another person who lives there with you

Torie: Sometimes it helps to remember that you do not owe anyone an explanation or even the truth about something that does not affect them!

Danny: give yourself the gift of a relaxing lie here! All they really need to know is when you need them and what kind of progress you’re hoping to make

so hopefully that helps in the short term, such that you do feel comfortable hiring a regular cleaner and eventually moving somewhere smaller

Torie: LOL I love that idea. I’m too inclined to see “not telling the total truth” as a lie. Not a great or healthy way to go through life

Danny: but I do think a smaller apartment is not going to address the whole issue

I am very much in favor of lying in some circumstances!

and this is one of those circumstances! why suffer needlessly? make up a roommate, you’re not hurting the cleaning crew in any way

and I wonder if, once the majority of the mess/damage has been addressed, it will feel slightly less daunting to mention this to her therapist, for example

if it’s past tense, if you can control how much you want to disclose

I really don’t want her to share this with her family, who sound pretty horrible, and she doesn’t have to share it with her friends – but if you don’t talk to your therapist ever about the things that trouble you the most, it really limits how much your therapist can help you

Torie: Right! A book I never read but whose title I think about all the time is Life Would Be Perfect if I Lived in That House. Her life will not be perfect if she moves to a blank-slate apartment. But the momentum–of successfully scheduling the cleaners, packing up, and moving–might free her up to talk to her therapist and frame it as a triumph

Danny: so I wonder if maybe it would help to ask herself, what is the smallest amount of information about my living situation that I could imagine sharing with my therapist? and start from there?

Torie: It’s so fun to tell a therapist about a triumph!

Danny: oh I love that

Torie: and I think it may also help her to remember that a therapist is kind of like a biohazard cleaning service: They’ve almost always “seen worse”

Danny: and I’d encourage the LW to consider finding a therapist who specializes in issues like shame/trauma/cleaning issues, and maybe even someone who works with patients with OCD

Torie: I wonder if an online support group or community might also be worth looking into. I think that online groups can be a little dicey–but it may help her to find some people (besides you!) she can speak with about this anonymously

Danny: not because I want to diagnose the LW with anything, but because some of the symptoms they’re describing (feeling frozen, feeling unable to make decisions, avoidance) might overlap with some OCD symptoms, and so you may benefit from some of the same strategies

Torie: The fact that this is all such a secret is really imprisoning her, I think

Danny: again just really stressing, I do not think that the LW should be looking for an OCD diagnosis, but that she may benefit from some of the therapeutic interventions that patients with OCD use

especially that sense of “I don’t feel attached to this trash emotionally, it doesn’t feel like a hoarding-related fear of losing my ‘stuff,’ but I feel unable to clean anything up in my home and bound to inertia”

but I’m just so sorry. Crying every time you come home, feeling like you can never tell anyone else about what you’re struggling with this, fear that asking for help will risk judgment, exposure, and mockery – that’s so, so hard

Torie: I wish I could call a cleaning service for her and send her to get a massage (in this fantasy world, there is no pandemic) while they do their thing

Danny: I’m also sorry that so many of your psychiatrists have apparently called your depression “untreatable”

Torie: I am so incredibly impressed with LW for getting a raise and promotion despite this terrible depression and everything that comes with it. That is really hard to do and I hope she can begin to apply some of that same energy to her personal life, instead of saving it all for work. She deserves to make herself a priority

Danny: yes! And to think of herself not as only “successful and healthy” on the outside and awful on the inside or in secret, but as someone who has worked remarkably hard to become self-sufficient and composed despite this serious childhood trauma and ongoing sense of disgust and self-loathing

Danny: which is not as simple as: “Hey, just feel good about yourself and then all your problems will go away” but to remind yourself that the voice in your head that says “You don’t deserve a clean home because you can’t keep your home clean, this is a moral failing and something that cuts you off from ever really being known by someone else” is in fact the voice of depression and not the voice of reality

Dear Care and Feeding: Is There Any Way to Stop Our Toddler From Waking Up at 4:30 a.m. Every Day?

How Hackers Hold Schools for Ransom

Think You’re Smarter Than a Slate Senior Writer? Find Out With This Week’s News Quiz.

Games and Puzzles to Keep Everyone Happy This Holiday Season

Slate’s Mistakes for the Week of Nov. 30

The Sinister Grift of Spotify’s “2020 Wrapped” 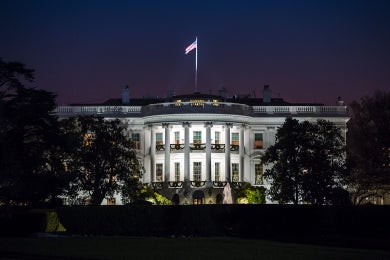 The Show Is Over. The Horror Is Still Here. 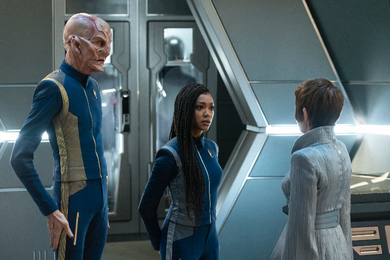 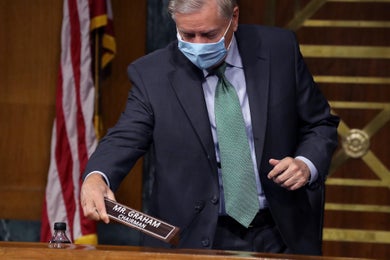 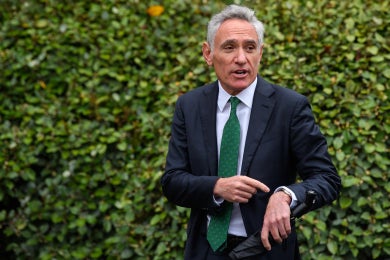 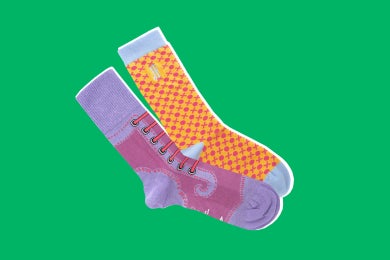 Give Stocking Stuffers That Are Genuinely Useful 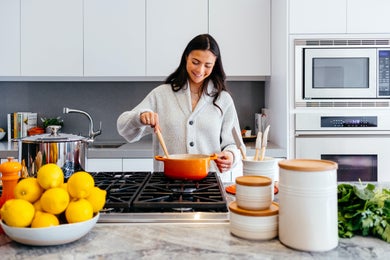