Christian Brown: So basically to me this seems like two related problems that need to be addressed! And the question for the LW is which problems she actually wants to solve, vs which she feels like should not be considered. But on the one hand she has a husband is not good at managing very basic parts of his life, and on the other she has a SIL who has a different value system about birthdays.

For all the opening preamble about not caring that her husband can’t remember appointments, I think it’s pretty clear she does care inasmuch as it causes problems like this one with her SIL!

Daniel Lavery: Right — and it seems to me like her proposed solution (i.e. telling the sister-in-law she cares too much about birthdays) doesn’t really address either problem

Yes, that struck me as a pretty straightforward defense mechanism — which is not to say the OP *must* be secretly incandescent with rage about the issue, but that part of the way we make problems bearable is by telling ourselves and others that it’s not that big a deal

Christian Brown: Right, because if the husband was being a normal conscientious person he would have this conversation with the SIL and clearly he won’t

Daniel Lavery: it’s probably truer to say, “I find this frustrating, but that doesn’t translate into change, so I’m trying to save my energy and not waste my time getting frustrated when I know he’ll just ignore or dismiss my frustration”

Christian Brown: Yeah, exactly, it’s a way to manage the annoyance of having a toddler husband.

Daniel Lavery: and his response is so curiously absent here!

like…does he care about his niece and nephew?

does it bother him that their mother is upset?

does he ever talk to them on non-birthday occasions?

Christian Brown: Yeah!! Does he even know??

Daniel Lavery: because if he just generally doesn’t seem that interested in them, and the birthday thing is just the icing on the cake

Even if you were to bend over backwards to manage these relationships for him, I think it would be pretty apparent to everyone involved that you were the one doing the work

and he did not actually give a shit

Christian Brown: Is he aware of the fact that it’s like a serious problem for SIL or does he expect her to adapt to his choices the way his wife has

Right yes, and of course what do the kids think! They probably know their mom is mad at their uncle right?

Daniel Lavery: yeah, I mean, maybe they have an otherwise delightful relationship and she really just is totally unreasonable about birthdays

Christian Brown: Yeah presumably. The whole thing feels like this black hole we’re trying to observe based on how the women around the husband are reacting. So without that info I think it’s a little hard to assess. However!

Daniel Lavery: yes! the problem here is that these two women are driving themselves to distraction trying to care about something this one guy refuses to care about at all

like, they’re both putting in a lot of time and energy and emotion

“whoops, forgot my keys, who’s this kid, nice kid, what is he, eight or something? gotta go, be sure to text me what we’re having for dinner”

Christian Brown: Agree. Unless she has preexisting birthday madness, my gut is that there are a million things he forgets and this is the one they are most allowed to be publicly upset about

Daniel Lavery: so is there anything you’d encourage this letter-writer to do here? completely ignore it? encourage her husband to call his sister? yell at her husband? something else?

start making dinner just for herself and the kids and let him fend for himself?

sorry that last one is classically passive-aggressive

Christian Brown: So given all this, my advice would also be maybe see this as the chance to adjust his behavior in a like outward facing way

Assuming LW is willing to take on the project

Instead of saying “I’m tired of managing your ephemera” she can say “wow your SIL really cares about birthdays, what can you do to make sure you show her you care about the extended family”

Daniel Lavery: yes! If you say to him, “this is now creating a problem for me and the kids; how do you want to respond to your sister’s message?” and his answer is “I had planned on doing uh nothing”

then that might be time for a bigger argument

it’s really hard, I think, when you’re contemplating having a fight with a partner about an issue that boils down to “you don’t care enough about ____ thing”

Christian Brown: Without having to make it about their marriage right at the get-go, too. So if there’s any room at all for him to improve this is probably the lowest stakes way to broach it

Daniel Lavery: and like, maybe there’s an undiagnosed executive function disorder at play here, but I think I just want to bring that up in order to set it aside for the moment – the problem is not that he’s trying and struggling, but that he’s abandoned it entirely

Christian Brown: And convincing him to care about his own calendar you already manage will be an uphill battle, better to try with this new, external problem

Daniel Lavery: if he does need help on this front, he is definitely capable of accessing help, and he needs to stop letting the women in his life take on whatever he doesn’t care about

and I also get that it’s risky and vulnerable to contemplate saying, “I’ve taken on all this domestic work not because it’s easy or no big deal, but because I know from experience that you just won’t do it — but I’m actually sick of it, and I want you to start figuring out what you need to do differently in order to take over vet appointments”

Christian Brown: She can’t even figure out if that kind of executive function disorder is real until she attempts to address it

Daniel Lavery: because the real fear there is that, at best, he’ll say “Jeez, okay,” and then ignore it, and you’ll have a sick dog on your hands

Christian Brown: Yeah, it’s scary! But it’s also better for both of them, I think, to at least talk about it head on instead of just saying “we all cope”

Daniel Lavery: I guess i just wanted to bring it up in the sense of: it may be at play here and it may not, if it is he can get help for it, and regardless it’s not an excuse for the way he’s just let his wife take on all these tasks

Even if he does have something else going on, it’s not really an excuse for not attending to come up with a solution to the emotional problem here

Daniel Lavery: just to sum up a point I think I’ve already made with the last line: “Can we tell them they are being ridiculous, and it isn’t worth losing family over this?”

Christian Brown: Which is not doing the work of being a partner and family member

Yes, I absolutely agree she does, and she wants permission to say “oh well, that’s just husband”

Daniel Lavery: so she’s hoping she can convince her SIL to adopt her own attitude of “It’s impossible to try to change Jim, so don’t even bother getting upset when he fails to meet your expectations or ignores something important to you, which means that if you DO get upset with him, you’re basically giving up on your family”

Christian Brown: Hah yes. “Please just divert around him and accept that he thinks birthdays are fake”

Also you know, not for nothing but there are many time honored uncle birthday solutions (mailba check! A pizza lunch!) that might be easier ways for him to practice

also, you have an ENTIRE YEAR to prepare for this

you can set up a recurring alert on your phone

and order something way in advance

I myself have been guilty of being flaky around important birthdays, but there are a lot of workarounds I can set up to automate or externalize the work of memory

Christian Brown: You can literally make one of any number of online shopping websites do this for you, with a nice note, and set it to deliver automatically on the day!!!! It’s really really really not an actual problem to remember

Daniel Lavery: and none of this is to say like, “Hey, since it’s so little, why don’t you add this to your overwhelming sea of ‘little tasks’ you already do for him?”

which I imagine might be one tempting takeaway for the OP

but just as a reminder that he is absolutely capable of this, even if it’s hard for him to adjust

Christian Brown: Yes. Instead it’s gotta be the first step he takes towards doing small tasks

Daniel Lavery: he does not have to be perfect at this and you are not being cruel or insensitive by telling him he should start trying

pop quiz, hot shot: when are YOUR nephew and niece’s birthdays!!!!!

Christian Brown: Mmhmm. If anything you are being generous by showing him how to repair it

May 1st and Christmas day!!!

Christian Brown: They are easy to remember

Daniel Lavery: Christian, you are great, and an example to birthday-rememberers everywhere

How a Police Killing in Nigeria Sparked a Nationwide Movement, and a Global Phenomenon

Why Republicans Have Become Obsessed With Accusing Their Opponents of Pedophilia

Joe Biden Should Have Stuck to His Nonstatement on Court Packing

Calling It: Dan Rather

What to Look For in the Final Presidential Debate, Besides Time Continuing to Move Forward 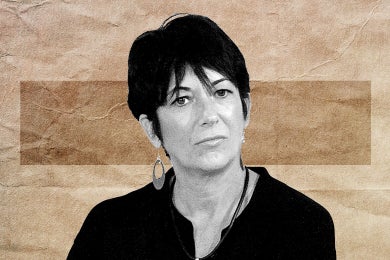 We Cracked the Redactions in the Ghislaine Maxwell Deposition 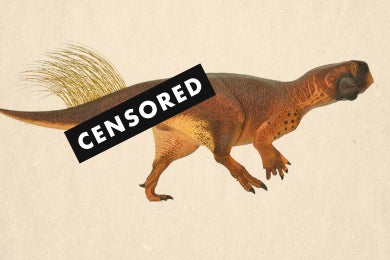 We Finally Know What a Dinosaur’s Butthole Looks Like 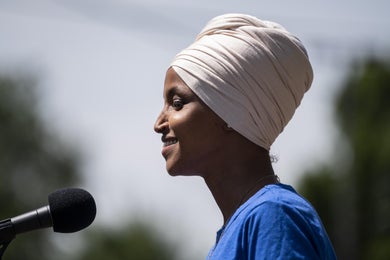 I Am Extremely Jealous of Ilhan Omar’s Gaming Setup

The Only Rational Response to the Jeffrey Toobin Zoom Penis Situation 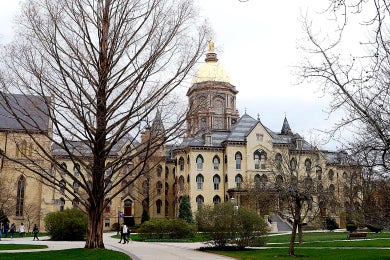 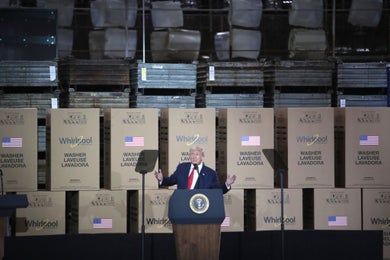