Danny Lavery: I’m so glad we are going to get to chat about this!

Grace Lavery: Me too! Though I’m nervous because like

It is a little close to home.

I think that’s part of why I’m so excited

because I first looked at it and thought, “Oh, I can’t answer this. This is a problem WE’VE had!”

Grace Lavery: So, would you like to tell the story or shall I

Danny Lavery: you! I think it would be more interesting and valuable, because I want to know what competitiveness feels like on the inside

Grace Lavery: okay. So, I am competitive. I am, even, “the competitive one”; I cannot lose, if I lose I lose my dignity and everyone will discover the fraudulence at the center of my career, that I am all sizzle and no steak, and that I should have taken away from me: tenure, my doctorate, the respect of others, the love of my partner and friends… etc.

and a while back we started to play chess, and I was a couple of degrees better at it than you. Not that I am good at chess - I am not. But I was initially better than you to such a degree that I won the first, say, thirty games

And then you started practicing on an app on your phone and eventually you caught up to the app and surpassed me. And then you won the thirty-first game and I freaked out

Danny Lavery: and those thirty games did not feel like ammunition or foundation against that thirty-first loss, right?

Grace Lavery: I didn’t lose my temper! Or I don’t think I did - I’m aware that this is a dumb thing. But there’s something about the imaginary of chess that made my defeat seem like a referendum on my personhood

(incidentally, I get this from my mother, who once stormed out of a Christmas Day celebration with my then-partner’s family because she got a Trivial Pursuit wrong. She had said Francis Drake when it was Walter Raleigh.

Grace Lavery: (she FURIOUSLY yelled and yelled that the card was wrong and eventually stormed out of the room, blaming everyone in the room for… conspiring? Witnessing? I’m not sure, but I understood it intimately - I am exactly the same)

so anyway these are my feelings. And it was super hard but then also another, bigger, problem came in game thirty-two, when you realized you were winning again, AND THEN STOPPED YOURSELF FROM PLAYING THE WINNING MOVE

Was that the first time we took a break from chess?

I can’t remember what happened next. But I remember feeling so sad when you got so distraught upon losing, and thinking that all I really wanted was to give you an interesting game of chess

and I didn’t want you to get mad again, so I just figured, “I’ll play chess as hard as I can until the end, and then I’ll plan an exit strategy so it can end happily”

Grace Lavery: I think it was. And the answer is, we had a *huge* fight. One of our biggest ever, top five I would say

I’m so sorry that my damage is making you make yourself smaller. How absolutely awful

Danny Lavery: Well, I think this is part of why it feels so good to talk about now

because one of the things I’m very, very slowly getting better at

is learning to accept that sometimes you will get upset or angry or cross over things that I cannot, and should not try, to fix

Danny Lavery: and because you are a person who behaves pretty safely

I can actually survive if you’re mad, especially because you’re pretty good at making it clear you’re not mad at me

Grace Lavery: But also I think it’s fair to say that my responses to situations like that should not be so full of anger as to make the idea of playing together unbearable

I would love to have less anger, to feel there was less at stake

Danny Lavery: I hear that, I do

my own problem here is that when I’m with someone who expresses ANY sadness or anger, I decide internally, “This is unacceptable, I will make secret choices to make sure this never happens again”

Danny Lavery: I think that’s part of why it was really good for us to take a long break from chess-playing

and we have had a few games over the last six months, I think, that have gone well, although I’ve certainly felt very ALERT when we’ve played as to whether it’s about to go south

Grace Lavery: more than that! I want you to feel good about winning the way I do! I feel good when I win and it isn’t accompanied by the feeling that I have exterminated you in an ontological sense

which is what it feels like when I lose

Danny Lavery: That’s so interesting – that lack of parity

that you don’t feel like a destroying goddess when you win, I mean

You’re just pleased you did well, generous about my moments of success, and ready to do something else

Grace Lavery: it’s something like, of COURSE Danny is good at chess: you are smart and capable and grew up with enough money and all the rest of it. So when I win I only prove that I am a viable companion for you

(also when I’m competing against people I don’t like I do have the destroying goddess thing. Or sometimes I do. That version of me exists in some places, just not with you)

I hope very much that over the course of our life together, we get to play chess, and we both enjoy ourselves more than we feel suffering or childhood-anguish or fear of being obliterated

Grace Lavery: do you remember, before I really got on Twitter, we had a little Twitter fight about Clueless

Danny Lavery: and I think that in the meantime taking a chess break has been really good, and much better than my either continuing to purposefully avoid winning

or in your getting angry whenever I won

you had said something about how the main point of Clueless was that Cher’s Dad was a lawyer, like that explained every choice she makes. And I was just like “mm, interesting” and then a number of other people jumped on the thread and were like “Prove Danny wrong, Grace!”

then I sort of became a bit sniffy, like “I’m not sure the reading enables that much contention, really,” and then you started goading me, and I started goading you back. It was fun and flirty but there was a bit of an edge

I know it’s obvious from what I’ve said already but to be very clear, to the letter-writer especially: YOU DO NOT HAVE TO MAKE YOURSELF SMALL TO ACCOMMODATE SOMEONE ELSE’S COMPETITIVENESS

my competitiveness is very petty, and I don’t value it in myself. If you can’t make competition a kind of flirtation, I think there are probably better ways to while away the hours

ugh, that’s slightly untrue.
I value *certain aspects* of my competitiveness. But not the chess kind.

Danny Lavery: I think so too! If you can play chess together while feeling like you are those two rivals who loves each other in the X-Men, that’s a good energy to bring to the table

if not, better to acknowledge your own limitations and set things aside for a while.

Magneto and Professor X, is that right?

Grace Lavery: It is

“you left your knight unprotected, Charles.”

also I just know this is a very unlovely aspect of my personality and I feel self-conscious talking about it in public! So if you are like me and find losing to be really hard, one thing to know is that it is connected with aspects of my personality that I do like - my capacity for exertion, my drive, my ferocity in defense of people I care about. It is a small, shitty thing, but it is a typical fault of someone who also has many virtues

Danny Lavery: This is warm and generous of you to be willing to discuss with me publicly, and I will be sure to share something unlovely and thorny in my own life next week, in honor of you!

Grace Lavery: I love you and I’m grateful we have the problems we have.

Fauci and Birx’s Tactics Can Help Us Survive

At Least the Pandemic Will Kill Corporate April Fools’ Jokes

The Pandemic Is Disrupting Years of Field Science

How to Navigate the Coronavirus Crisis With Our Rights Intact 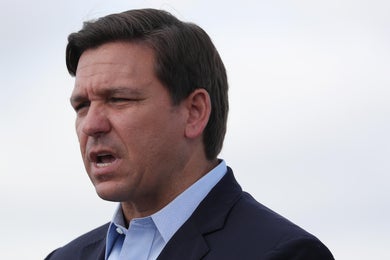 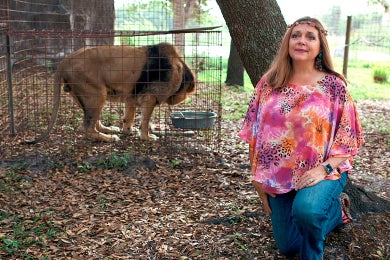 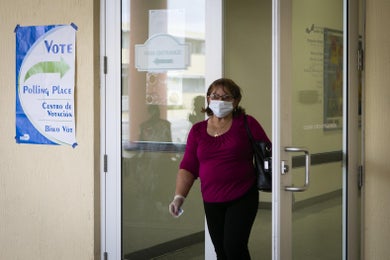 What Happens in November if One Side Doesn’t Accept the Election Results? 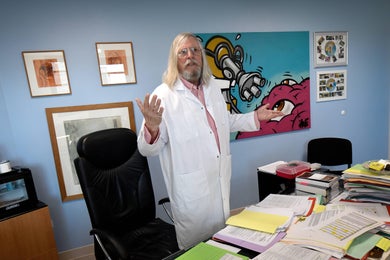 The Trumpian French Doctor Behind the Chloroquine Hype 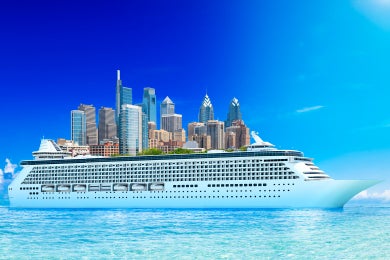 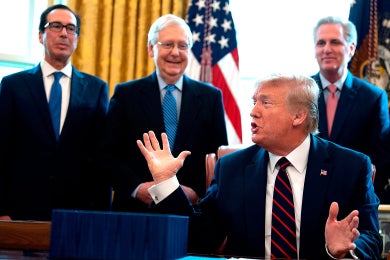