I’m a single mom to a 13-year-old son, “Tony,” and a younger daughter. I share custody of the kids with their other mom following a very difficult breakup a few years ago. While we have our issues, we generally co-parent well and try to maintain regular communication about the kids.

Over the last year, Tony has become obsessed with my (currently nonexistent) sex life. He is convinced that many of my friends are actually lovers. Most recently he has decided that I am having an affair with Clara, the (happily married heterosexual) woman next door. While Clara and I are good friends and I enjoy her company, there is nothing romantic between us. He is furious with me and has all but cut off his friendships with the kids next door, refusing to step foot inside their home even though our families used to eat together once or twice a week. He has also angrily accused me of sleeping with my longtime male best friend (who is gay and also married, for what it’s worth).

My son wants me to repeatedly “promise that nothing will ever happen” with these people. While nothing ever will, this feels unhealthy and controlling. You will not be shocked to learn that my ex was emotionally abusive, volatile, and controlling. I was isolated from friends and family for years, so Tony really hasn’t even seen me be close with other adults. I don’t believe he ever witnessed his other mom accusing me of having an affair (an accusation she did make despite the fact that she was the only unfaithful one in our marriage), but he did observe yelling and other toxic and abusive behavior, some of which was directed at him. I protected Tony as best I could, and though I wish sole custody were possible, it isn’t an option. I am in therapy and have asked him to consider it for himself, but he’s not interested.

We otherwise have a wonderful time together as a family, and my son is a hilarious kid who is doing well in most areas of his life. But I’m at a loss here, and I feel triggered like crazy by this behavior. I don’t want him to grow up thinking this is ever an OK way to talk to the people he’s close to.

—All This, and No Sex Life to Boot

Your 13-year-old child has experienced abusive behavior—he is not in a position to decide that he isn’t going to therapy. It is particularly important that he is given the support he needs now in order to prevent him from having the same proclivity for toxic behavior that his other mother has modeled, which could manifest in his relationships with loved ones and/or show up as misogyny. You, of all people, do not deserve to endure this sort of treatment from him, and it could be detrimental to your healing process after the divorce.

Speak to him about what happened in the past with your ex-wife, but be very careful to do so without casting her as an irredeemable monster or suggesting that she is doomed to continue the harm she caused earlier in his life. (Speaking of, you say that you have persistent concerns about her behavior and would prefer to have full custody. Have there been any efforts taken on her part to address how she treated you and her children in the past?) Point out how his fixation with your sex life—something he has no right to lay any claim to—and accusations that you’re having relationships with platonic friends are the same sort of inappropriate mistreatment you experienced during your marriage, and why it is so important that he unlearns this behavior now.

Explain that for your entire family to heal and grow, it is imperative that he get some help that is beyond what you and your ex can provide on your own. Get him and his sister into therapy by any means necessary. Set boundaries for how he engages with you, and establish consequences for when he crosses them. You are the adult, and it is important that he understands both the importance of treating all people with respect and that love is not meant to be controlling or cruel. Sending you lots of strength and wishing you the best as you heal yourself and your kids.

Could Police Actually Shut Down a City’s Cell Service?

How to Change Policing in America

Trump Doesn’t Speak for the Catholics

Tear Gas and Rubber Bullets Should Be a Last Resort. So Why Are Police Using Them on Protesters First?

Why You Should Think Twice Before Donating Your Sephora Points

Dear Care and Feeding: I Think My Son Looted During the Protests. Should We Make Him Confess?

Cop Shows Are Undergoing a Reckoning—With One Big Exception

Trump’s Actions on Monday Only Brought More Protesters to D.C. on Tuesday

Police Officers Told D.C. Residents Waiting to Vote That They Were Breaking the Law 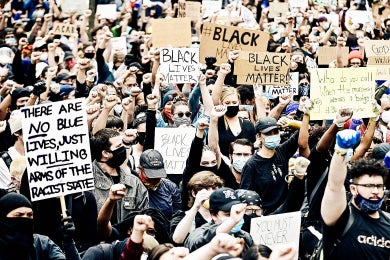 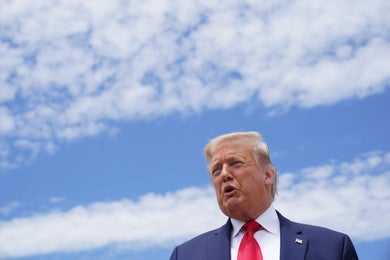 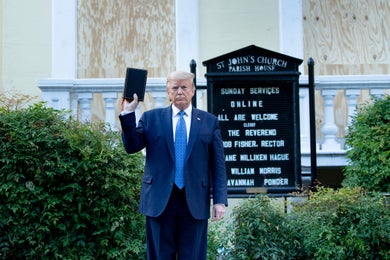 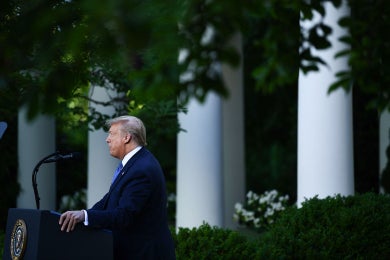 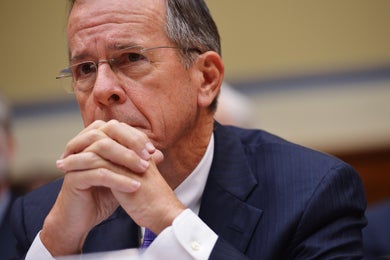 Military Commanders Are Finally Speaking Out Against Trump 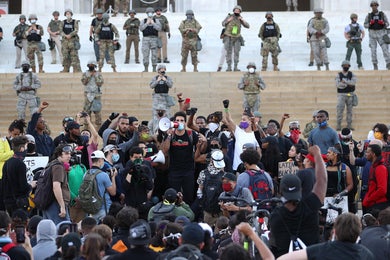