Our kids (4 and 6) each have iPads that they are allowed to use infrequently. Yes, the tablets are absolutely serving as electronic babysitters, but since it’s very rare—say about once a month—and are major sanity-savers in those instances, we really don’t feel there is any problem with it. The situations in which we use them are generally when we are out in public, like when we’re on an airplane or at a car dealership trying to navigate mounds of paperwork. We always have the little ones use headphones, so the result is two very quiet and entertained kids who aren’t interrupting anyone. They get very limited screen time otherwise.

However, there is something about kids with tablets that really strikes a chord with people, and we often get snide remarks when they use them. We have pretty thick skin and generally just ignore the comments, but it’s happened enough that I’m wondering if maybe I’m missing something. Is it socially unacceptable to let your kids use iPads?

A few weekends ago, we took a quick trip to a nearby lake. We spent the entire day playing and everyone had a blast. We stopped for dinner on the long ride back home, and since the kids were tired, we brought out the iPads and let them play while they waited for their food. They were thrilled (and quiet), and Hubby and I were able to enjoy a bit of adult conversation while enjoying a beer. Meanwhile, the people at the table next to us made a number of snide comments, which I think they intended for us to overhear, about electronic babysitters and parents not paying attention to kids—ironic, because we spent the entire day engaging with our children, and we typically eat meals together as a family with no screens allowed. In another instance, some guy actually came up to my kids and began to lecture them about screens rotting their brains until I told him to bug off.

I guess I’m shocked with how comfortable strangers are confronting us about letting our kids use their tablets, which never happens with anything else we’re doing. Is what we’re doing really that terrible?

The short answer? People are obnoxious jerks and feel entirely too comfortable both making assumptions about total strangers and acting on those assumptions. What you describe is a perfectly reasonable amount of screen time for children who are your little ones’ ages—and a lot less screen time than the average American kid get is getting.

The deeper issue at hand, one that so many of us suffer from, is Mom Guilt/Parent Guilt. It’s likely that all of the talk about “electronic babysitters” and “rotting brains” in the media, combined with these clear insults from strangers, has found you questioning what you know to be responsible parenting.

An unoccupied 4-year-old will have a hard time sitting still on a plane or at a car dealership, and the amount of toys they may require to keep them busy can be cumbersome to carry along. You know this. There are lots of educational games and programs available on tablets, so not all screen time is bad for kids. You know this. Sometimes Mommy and Daddy simply need silence so they can work, read, eat, or rest. Again, you know this.

Yet there’s that little voice in the back of our heads that wonders if the rude strangers are correct; if, despite our best efforts, we are somehow failing our children. There’s that nagging feeling that we don’t deserve a few minutes of peace and quiet—“Didn’t we have a beer together just a week ago?”—that if we do not give our children all of our attention, all of our energy, all that we have to offer in every way imaginable, somehow we’re falling short. That’s not true, and you know it. You just have to remind yourself from time to time.

Personally, I am a fan of the clapback. I’d say, put those folks in their places the second their tongues set to wagging: “My children, who are performing above grade level in every subject, are enjoying a little well-earned screen time after a long day of entertaining their parents. I hope this doesn’t interrupt you and your Pabst Blue Ribbon”—it doesn’t matter if any of this is true; you’re just talking to a rando at the Olive Garden. Or try: “I’m sorry, but I teach my children to mind their own business and that gossiping about strangers is rude. Would you mind keeping it down so they don’t have to hear you insulting their parents? Thanks.”

If you’re more the nonconfrontational type, that’s fine too. What matters most is that you are intentional about silencing those internal doubts and ignoring those external voices that judge your family without context. Also, let this be a reminder to do a gut check to see how you may be doing the same thing to other parents (sending reproachful glances when you see a little one eating candy or having an uninterrupted tantrum while his seemingly unbothered father sends text messages). Even the most empathetic and easygoing among us can be guilty of doing so.

Next time you let Disney Junior do your job for a few minutes (or quite a few minutes) in public, forgive yourself and remember that taking breaks is essential to having the time and energy to keep up with two small kids without apology.

The Angle: Why Joe Biden Is Still Winning

Here Are the Goopiest Moments in Netflix’s New Goop Show

What Should Bored, Phoneless Senators Do to Stay Awake During the Impeachment Trial?

1917 Turns WWI Into a Tale of Individual Heroism. Give It the Oscar?

Does the Tonnage of Evidence Matter?

What Is the Doomsday Clock Really Counting Down Toward? 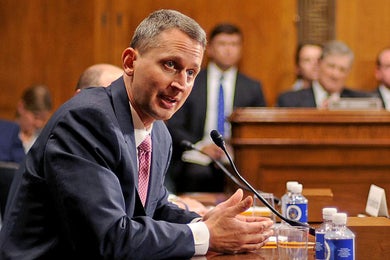 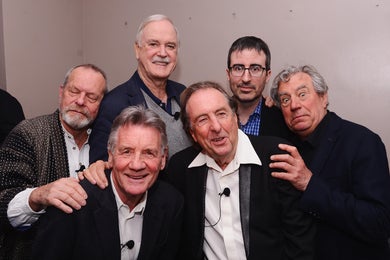 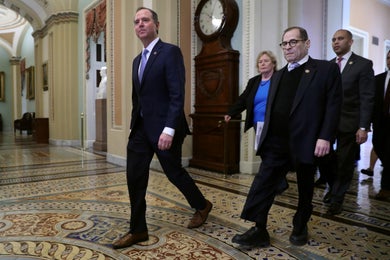 Impeach-O-Meter Goes to the Senate: Schiff Takes His Losses Like a Winner 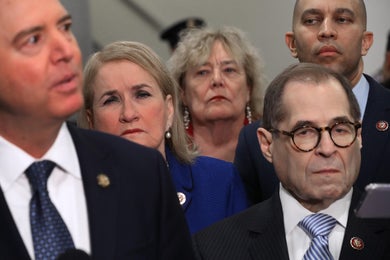 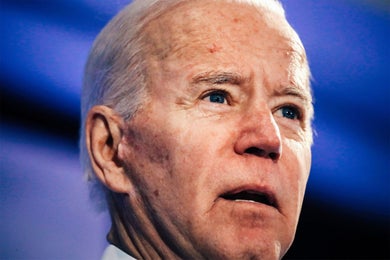 How Joe Biden Will Float to Victory 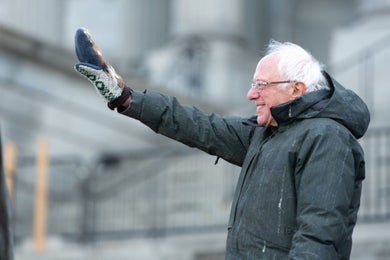